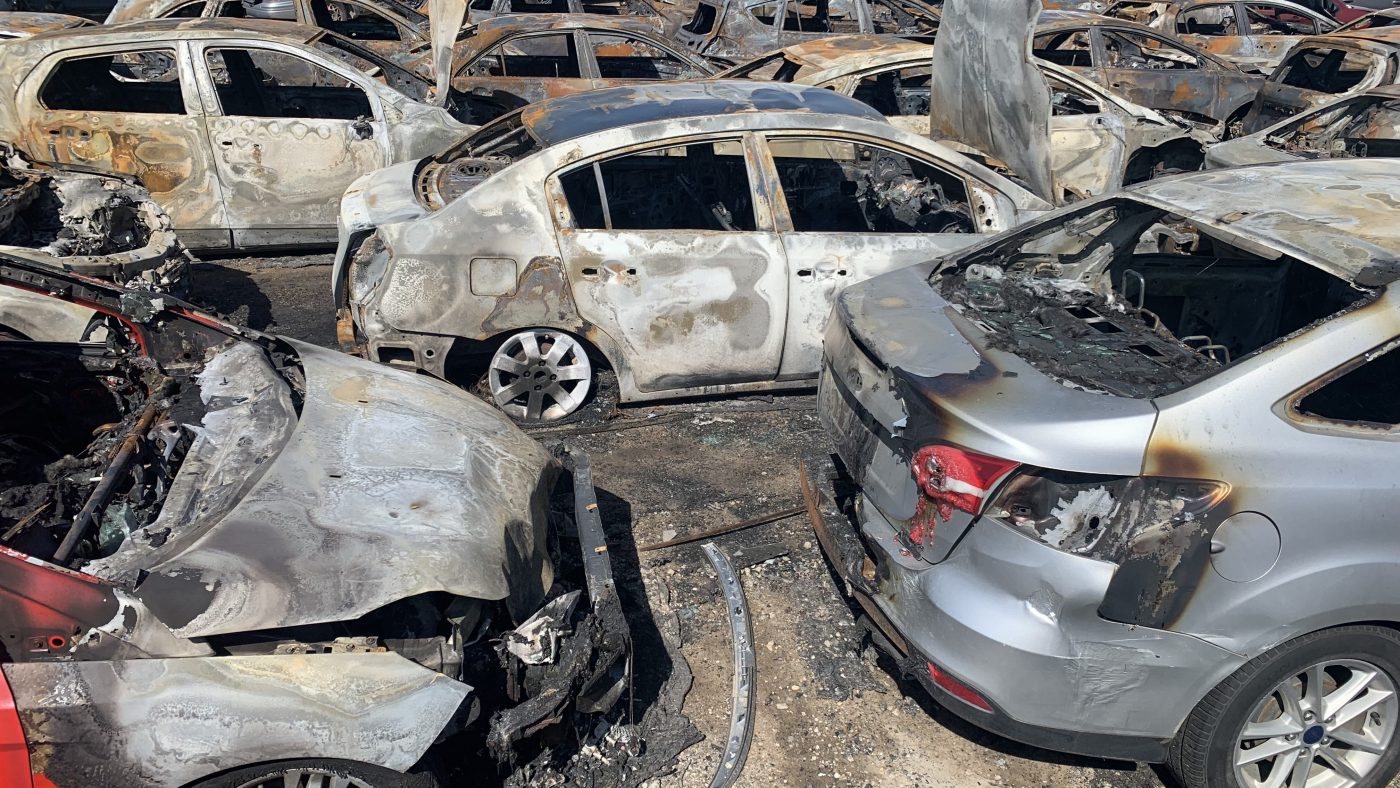 A fire that ripped through vehicles in a salvage auction lot in St. Paul caused at least an estimated $275,000 in damage, a fire department official said Tuesday.

“At this point we’re leaning toward this being an accidental fire,” said Deputy Fire Chief Roy Mokosso. “It was a significant fire and we’re going through the investigative process to determine what caused it.”

Twenty-three vehicles were total losses and an additional five were damaged by the fire, Mokosso said.

Firefighters were dispatched to IAAI, which has a lot in St. Paul’s North End, at 4:35 a.m. Saturday.

There isn’t work done on the vehicles in the lot, but an accident or collision can sometimes cause a mechanical or electrical system failure in a vehicle, Mokosso said. He’s looking into whether that was the cause of the fire.

Once the flames began, the wind spread the fire from vehicle to vehicle, which were parked close together. The lot on Jackson Street, near Maryland Avenue, has end-of-life vehicles, for reasons varying from high mileage, a crash or a rental car company selling them off.

Twenty-eight firefighters responded and, after they extinguished the fire, they searched the vehicles to ensure no one had been taking shelter in any of them, Mokosso said. Surveillance cameras didn’t show anyone coming or going from the business before or after the fire.