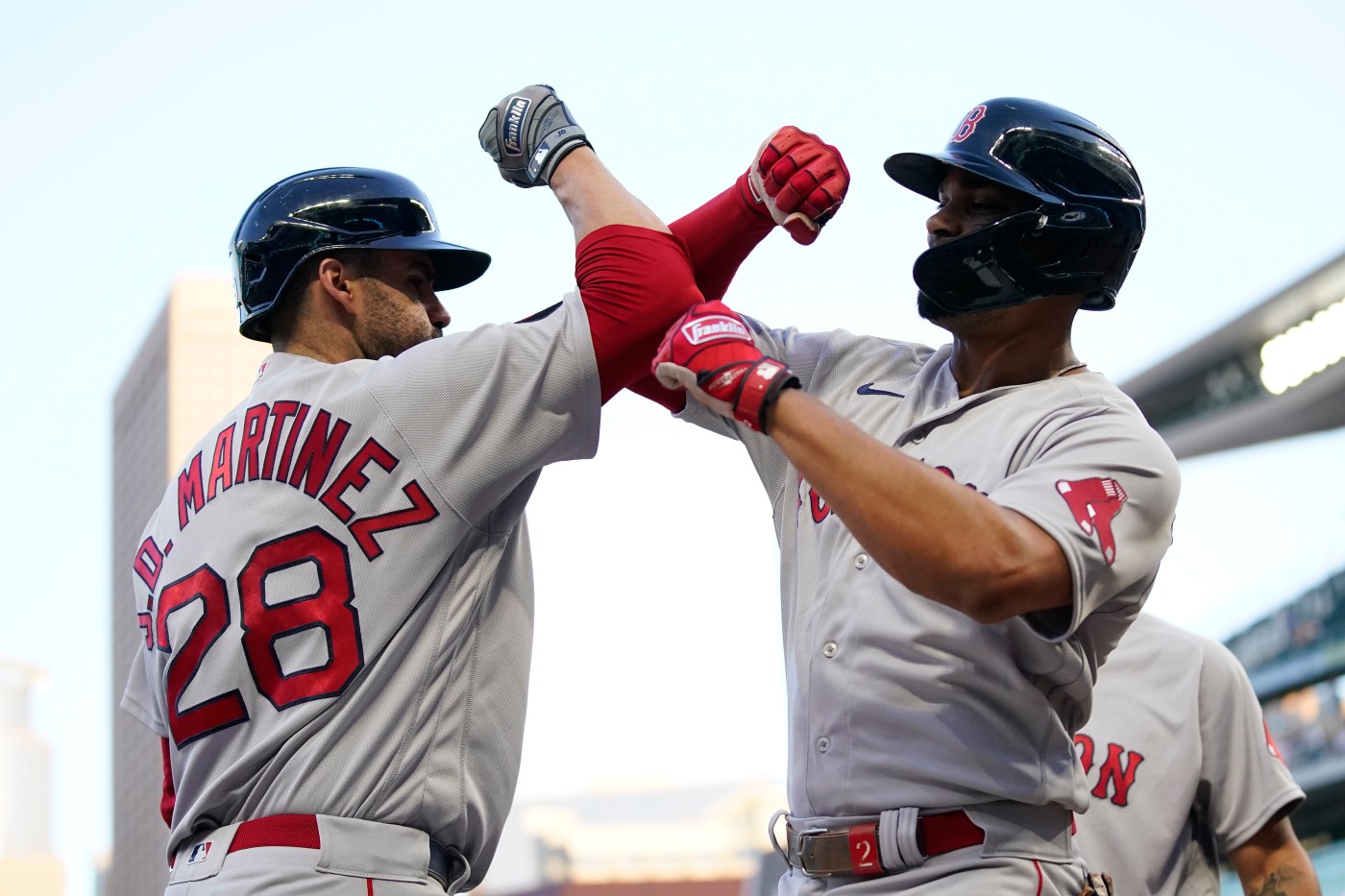 The Twins returned home from Houston last week on a six-game losing streak — their longest of the year — four games behind Cleveland in the standings with an offense that had been relatively dormant for days.

The period of time since they returned to Target Field has been marked by better play and the Twins slicing into the Guardians’ lead. Though they lost 6-5 to the Red Sox on Wednesday night in the series finale when a ninth-inning rally came up just short, they leave home in a much better place than they were a week ago.  The Twins head into an off day — and then a month of September tackling a schedule full of games against division rivals — 1½ games behind Cleveland.

While one big swing from Nick Gordon turned the Twins’ (67-62) fortunes a night earlier, the Red Sox (63-68) had one of their own Wednesday night. After a fielder’s choice in which Jose Miranda tried to nab the lead runner rather than stepping on first base and instead got no outs which loaded the bases, Xander Bogaerts lined a grand slam in the third inning off starter Joe Ryan that landed barely over the wall in left-center.

Another home run from J.D. Martinez shortly after put the Red Sox up five, a deficit that the Twins chipped away at but could never quite recover from.

“(It was) not the spot I wanted to put those sliders,” Ryan said. “I think early I could see that it wasn’t moving as much as I wanted to, but I was putting it in spots to not let them do too much damage. Trying to make some adjustments, trying to get it to do a little bit more and, yeah, left it in a bad spot.”

The Twins came just a couple feet away from tying the game in the eighth inning when Tuesday’s hero Gordon smoked a double high off the wall in right field. A pair of runs came around to score, bringing the Twins the closest they had been all night, but Gordon, who didn’t move quickly out of the box, was thrown out at third trying to stretch the hit into a triple for the final out of the inning.

“Stopping at second is the right baseball play. There are times when you’re in the moment and he probably thought he was getting to third relatively easy if he went,” manager Rocco Baldelli said. “I’m assuming he thought there. I bet he wants it back. It was a big swing, another really good swing from Nick, getting us back in a huge moment. You know, you hope that ball sneaks over the fence, but he’s playing really good baseball still for us.”

The Twins scored a run in the eighth inning on Luis Arraez’s sacrifice fly, and the designated hitter was responsible for bringing home their first two runs, too, hitting his eighth home run of the season in the third inning. Those were the only two runs the Twins scored Red Sox starter Michael Wacha, who threw six innings and struck out seven.

The Twins rallied in the ninth inning, too, with their first two batters reaching on an infield single and a walk, but couldn’t convert, with a flyout and double play groundout spelling the end of their five-game winning streak.

“When you get down that much, it’s not like you’re going to come back every day from something like that, but you can work and you can try to find a way and scratch off a couple of runs and get a little closer and see what happens,” Baldelli said. “ … When you’re behind like that, there’s not much more you can ask for than a chance to win a game, and that’s what we got.”