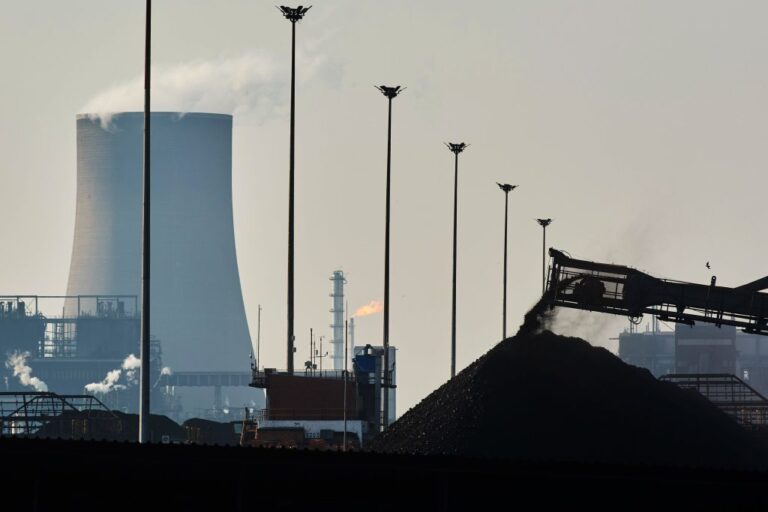 Germany and France are in talks with South Africa’s National Treasury over about 600 million euros ($578 million) to help it transition away from the use of coal.

The loans may form the first part of $8.5 billion in financing offered to the country during last November’s global climate summit. The money will go some way toward addressing the funding needs of the beleaguered national power utility, Eskom, as it prepares to close down some of its coal-fired plants and re-purpose them for the production of green energy.

But with just over two months to go until COP27, the next iteration of the climate summit, it’s uncertain if there will be a clear statement on progress by South Africa and the funding partners — Germany, France, the UK, the US and the European Union. The arrangement is seen as a prototype that, if successful, could see similar arrangements concluded with other coal-dependent developing nations such as Indonesia and Vietnam.

While the UK has offered debt guarantees, it is not clear what proportion of the funds will come in the form of concessional loans or grants and South Africa is yet to produce a plan spelling out how it will spend the money.

Germany is in talks with South Africa over a “promotional loan” of as much as 300 million euros that is “part of a wider engagement worth 700 million euros,” the German embassy in Johannesburg said in response to queries. France is working through Agence Francaise de Developpment, its state development bank, together with its German peer, KfW, to supply a similar loan, the French embassy in South Africa said.

France is aiming to make a public announcement at COP27 in Egypt in November, the embassy said.

Separate to the climate finance talks, Eskom is in negotiations with the World Bank over $476 million in funding to help it close and re-purpose its Komati coal fired plant, Andre de Ruyter, Eskom’s chief executive officer, said on September 16.

That arrangement will be funded by the World Bank and will include concessional loans from the Canadian Clean Energy and Forests Climate Facility and grants from the World Bank’s Energy Sector Management Assistance Program, the World Bank said in a response to queries.

It will go before the World Bank’s board in the next few months, the lender said.