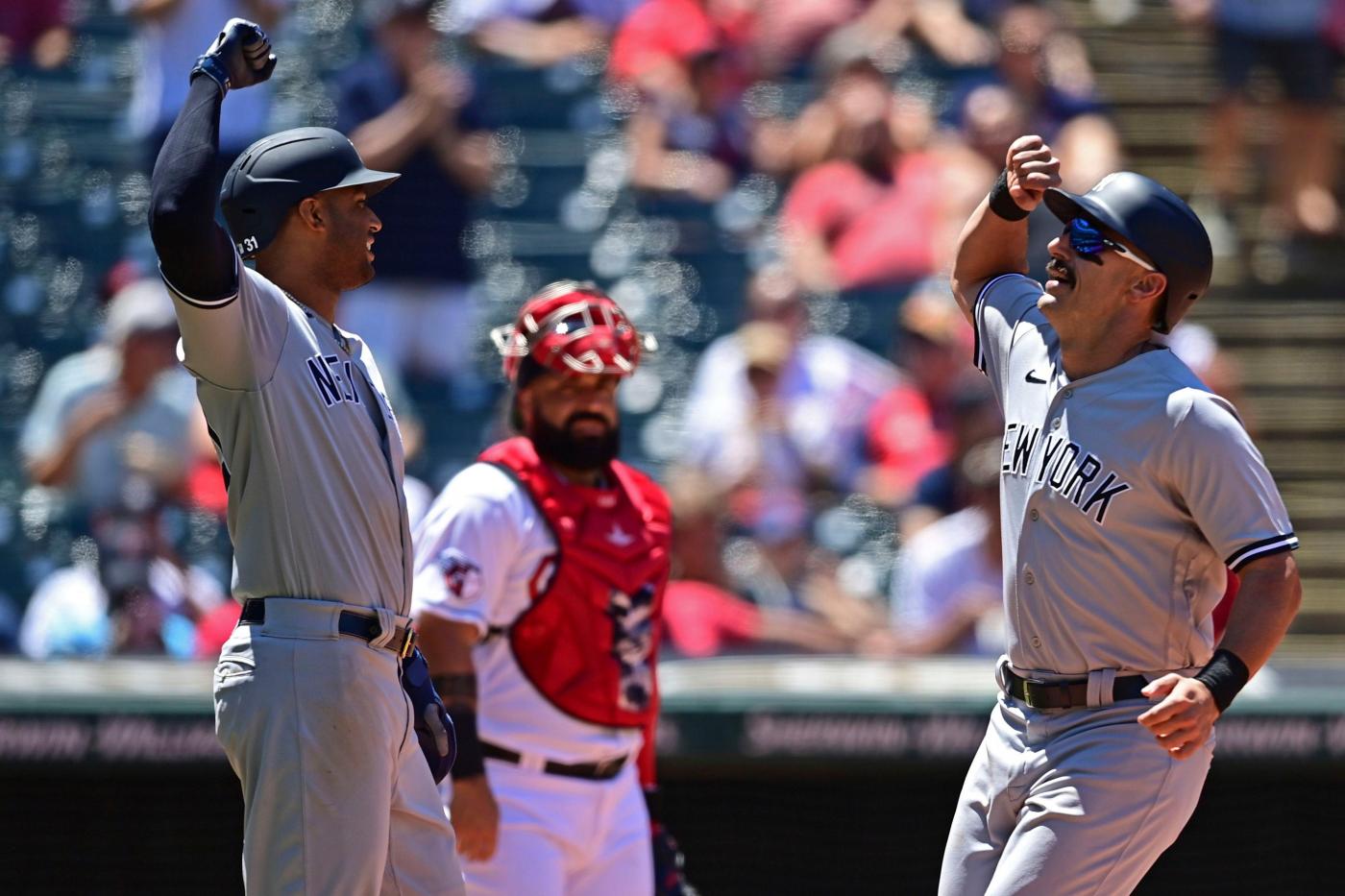 CLEVELAND — The Yankees don’t let losses linger. After falling to the Astros on Thursday — and a rainout Friday — the Bombers simply got back to business. Gerrit Cole threw six solid innings, Matt Carpenter homered twice and the Yankees clobbered the Guardians 13-4 at Progressive Field Saturday in the first game of a day-night split doubleheader.

The Yankees improved to 16-5 in games following a loss this season. Through 78 games, the Yankees have tied the second-best start to the season in the majors over the last 93 years. They tied the 2001 Mariners, who lost the American League Championship Series that season, and are one game off the pace of the 1998 Yankees, who won the World Series that year.

They are now 18-5 against teams from the American League Central and 4-0 against the Guardians, who had a two-game winning streak snapped.

Cole allowed two runs on three hits. He walked three and struck out six. He gave up two home runs. He has allowed 14 this season and only allowed multiple home runs in three games this season. He got nine swings and misses, five of those came on his slider.

DJ LeMahieu and Jose Trevino each had a homer. Carpenter, whose sixth-inning homer was a two-run shot, also had a 411-foot home run off infielder Ernie Clement in the ninth. Miguel Andujar, in his first game back in the big leagues since June 3, singled in two runs. Aaron Hicks singled in another. Gleyber Torres had three hits and drove in three runs.

The Guardians got to Cole in the second inning. Josh Naylor crushed a 417-foot homer off a 91 mph cutter to lead off the second. It was Naylor’s first hit off of Cole in seven attempts. Franmil Reyes followed that with a 379-foot homer of his own to give Cleveland a short-lived 2-0 lead.

Not all was smooth for the Yankees though.

Aroldis Chapman, making his first appearance in the big leagues since May 22, was given a very easy assignment for his return. He was handed a 10-2 lead with the bottom of the Guardians’ lineup coming up.

He immediately fell behind Andres Gimenez and it never got better. Boone got Ron Marinaccio up as soon as Chapman fell behind Richie Palacios, who he walked on six pitches. The 34-year-old former closer walked Sandy Leon and before Boone could even reach the mound, he’d was heading for the dugout. He threw 19 pitches, seven for strikes. He got two swings-and misses. His fastball touched 99 mph, but sat between 97-98.

Marinaccio did a nice job cleaning up the mess. The Guardians were able to score two, but he got the Yankees out of the inning.

This week, a woman struggles with her low sex drive while beginning the IVF process…