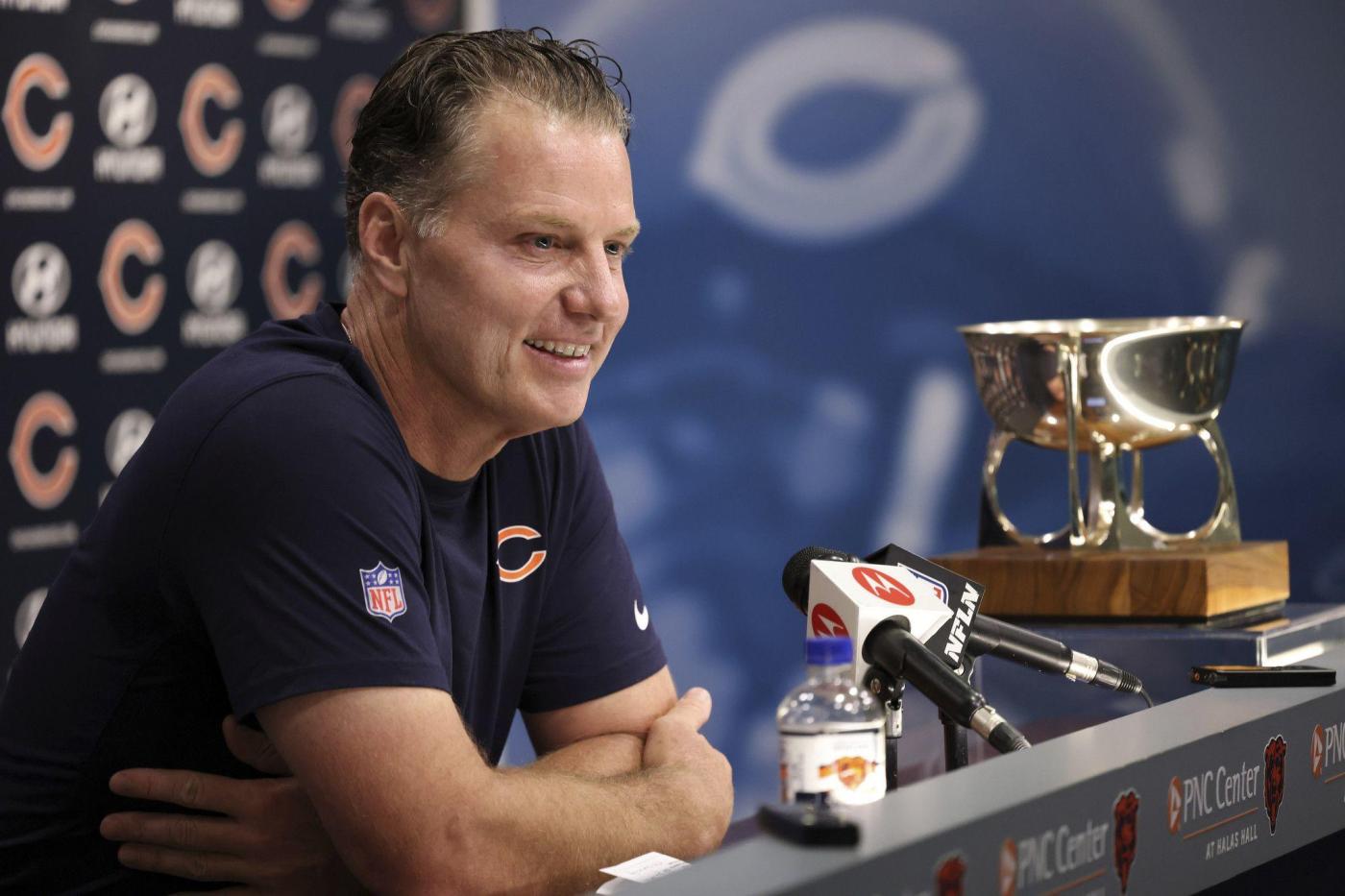 Part of Matt Eberflus’ message to players as they separated for summer break was the same as it was the day he was introduced as the Chicago Bears coach in January.

“Get your track shoes ready,” Eberflus repeated Thursday as minicamp wrapped up at Halas Hall.

It was both a warning and a promise. When the Bears reunite for training camp next month, every player on the 90-man roster had better be ready to merge onto a high-speed entrance ramp toward the regular season.

“Training camp’s not to get in shape,” Eberflus told his players. “You should already be in shape (when you arrive).”

And just for some extra emphasis?

“We will be blowing and going from Day 1,” he added. “That was my main message.”

After only five months on the job, it’s hard to produce much of a detailed progress report on Eberflus . And it will be a while before it’s known whether his philosophies and approach can rescue the organization from a 30-year funk defined by prolonged mediocrity.

But give Eberflus credit for this much: He has been consistent with his messaging and firm in establishing how he wants his team to function. And his demands seem to be resonating inside Halas Hall.

By now, Eberflus’ HITS acronym is easily explained. The Bears, under his watch, will prioritize hustle, intensity, taking the ball away (and taking care of the ball) plus situational smarts. Along with that, Eberflus reminded everyone Thursday, his players must understand how they need to be wired to squeeze the most out of their six-plus weeks of preseason practices.

Blowing and going. Track shoes on.

Obviously, Eberflus won’t be turning Bears training camp into the Olympic trials, challenging players to run the 200-meter dash or the 400-meter relay. He isn’t threatening to drain his team with gassers or excess conditioning work either.

On Thursday, when pressed for more detail on how track and football will be married during late-July and August practices in Lake Forest, Eberflus highlighted the focus the coaching staff will put on effort, running to the ball and establishing an unwavering tempo to drills and team work.

Not only that, it all will be graded. And reviewed. And reemphasized. The need to become an effort-based football team will continue to be hammered home.

Rookie receiver Velus Jones, whose speed is a strength, is eager to get into the blocks for Eberflus’ first training camp.

“I know we are going to come in and hit the ground running,” Jones said Thursday. “So I’m going to make sure my body is in shape and make sure my endurance is built up. I’m really excited.”

Of course, there will be a fine line to all of this. And as a first-time head coach, Eberflus will have to keep a close watch on his team’s physical and emotional fuel tank through the grind of camp, developing a feel for when to push harder and when to ease up. That’s not always easy.

It’s worth noting that former Bears coach Lovie Smith, whose coaching formula and defensive system are things Eberflus draws from regularly, opened his first training camp in 2004 with similar messaging, vowing to engrain hustle and effort into his players with an intense focus on, well, hustle and effort. That initial camp in 2004, however, came with a rash of soft-tissue injury setbacks. And these Bears, given the current levels of talent and depth on the roster, can’t afford any major health-related detours.

Still, Smith’s methodology hit home and helped create an early identity for his teams. The Bears went to the playoffs in 2005, reached the Super Bowl the following season and made the postseason three times in a six-season span. (By team standards, that undoubtedly was a hot streak.)

For Eberflus, a desire to create that same kind of identity and that same kind of momentum is undeniable. And when he was asked Thursday if there was anything with his new team that he felt more comfortable with than he did when he started, Eberflus quickly pointed to the culture that is being established.

“It’s the team coming together. I feel most comfortable with that,” Eberflus said. “We’re able to look each other in the eye and tell the truth, and it’s OK. And it’s OK to be wrong. It’s OK to be right. But we’re starting to feel that with the whole group. It’s just honest communication. Man-to-man. Face-to-face. No problems.

In short, the Bears better be ready to run. A lot.