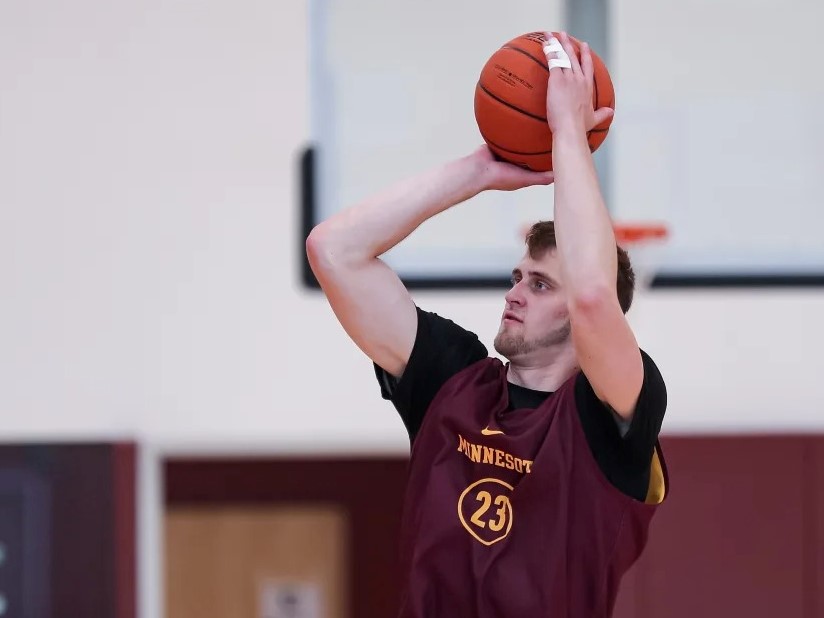 Parker Fox, the Division II All-American who transferred to Minnesota last spring only to miss his first season because of a knee injury will miss this season, as well, coach Ben Johnson announced Wednesday.

Fox, a redshirt junior from Mahtomedi, injured his right knee during practice on Monday and will require season-ending surgery.

“We’re obviously disappointed for Parker, especially for how hard he worked to get back on the court this year,” Johnson said in a statement released by the school this afternoon.

“We’re here to support him in any way we can as he moves forward in this recovery process.”

Fox missed the 2021-22 season because of a left knee injury suffered before he committed to Minnesota in April 2021. He played three seasons at Northern State in Aberdeen, S.D., where he ended his career as the NSIC North Division Defensive Player of the Year, Player of the Year and an all-conference honoree. He was also a NABC and D2CCA All-American.