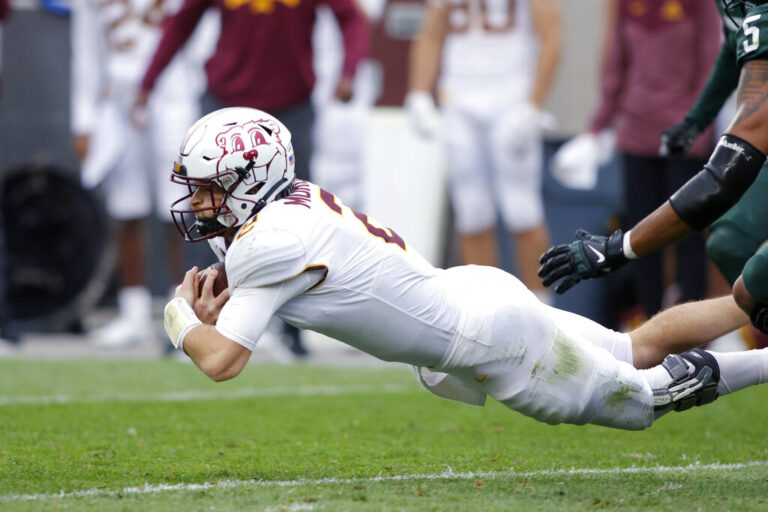 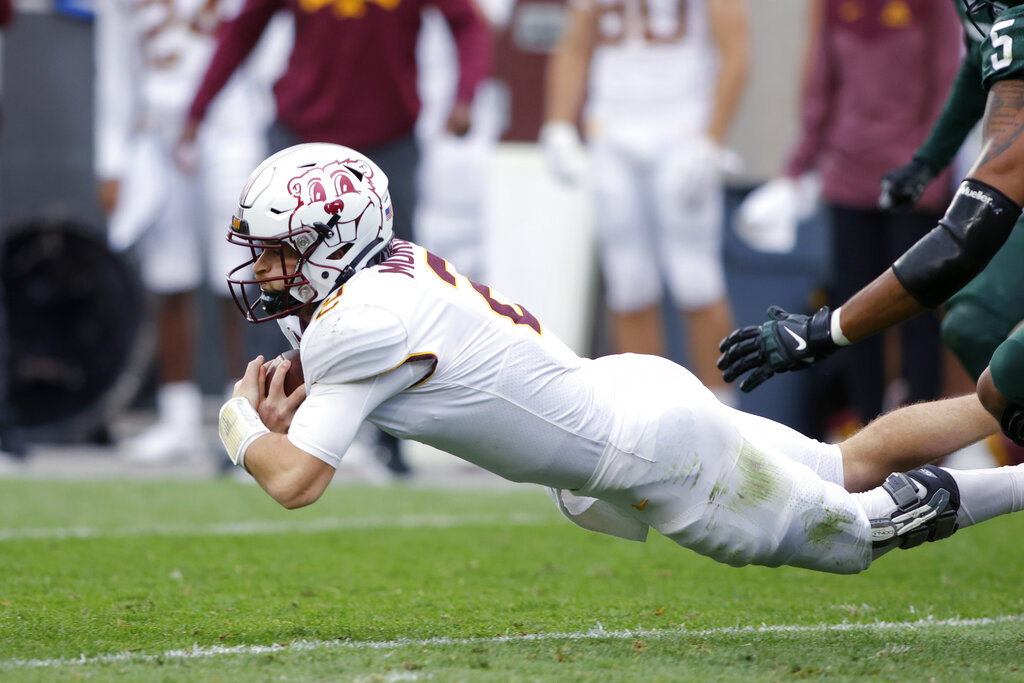 Gophers quarterback Tanner Morgan was named Big Ten co-offensive player of the week Monday. The sixth-year senior had a banner day in the 34-7 win over Michigan State on Saturday.

Morgan completed 88 percent of his passes Saturday — the third-best mark of his five-year playing career. In 2019, he completed 95 percent on the road against Purdue and then 90 percent in the upset of Penn State.

Morgan, who had 268 passing yards, three touchdowns and no interceptions, was great throwing more than 10 yards down field. He completed 11 for 12 for 150 yards and one touchdown in passes between 10 and 20 yards downfield. He was 2 for 3 for 49 yards traveling more than 20 yards. He added three rushes for 27 yards, earning some key first downs.

Morgan shared the award with Michigan running back Blake Corum, who had 20 carries, 243 rushing yards and two touchdowns in a 34-27 victory over Maryland on Saturday.

Morgan is the first Minnesota player to win Big Ten offensive player of the week since Nov. 9, 2020.