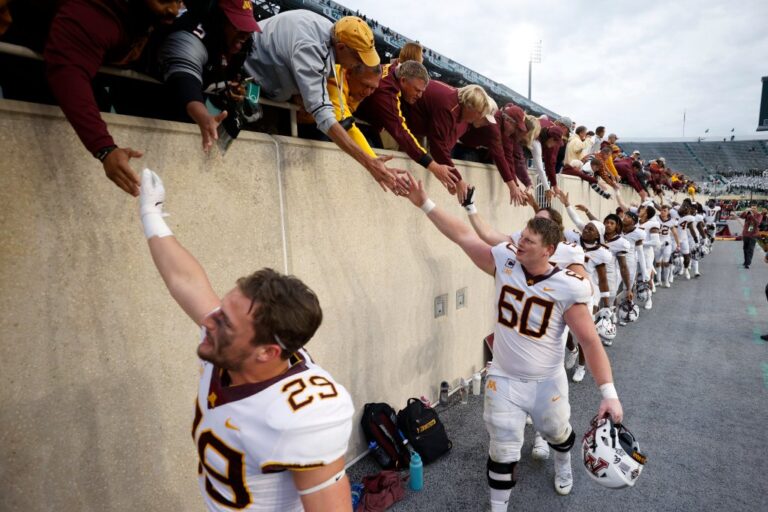 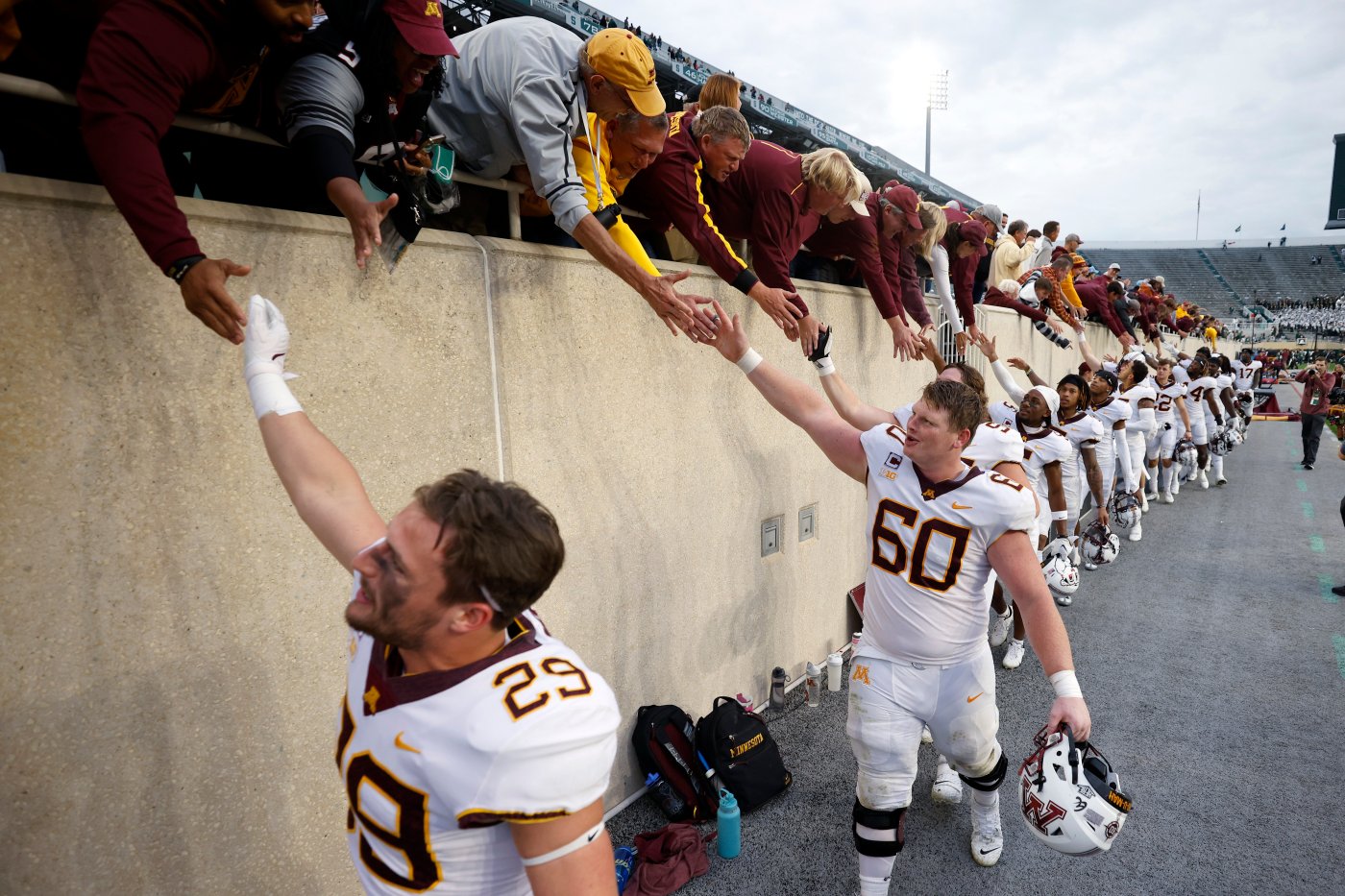 The volume is being turned up on the Gophers football program.

That’s otherwise known as “outside noise” surrounding Minnesota’s team, according to head coach P.J. Fleck, and it’s source is what pundits, or pretty much any outsider, has to say about the squad in a subjective context.

It’s things such as: The Gophers’ nonconference schedule was softer has been softer than a panda wearing a cashmere sweater.

Minnesota showed Saturday they are far from supple, and can run over Big Ten foes just the same with a 34-7 win over Michigan State in East Lansing. That result has more outsiders are taking notice.

The Gophers (4-0, 1-0 Big Ten) were ranked Sunday in the Associated Press Top 25 for the first time since the 2020 preseason poll. After receiving less than 50 votes in each of the first four polls this season, Minnesota debuted at No. 21 with 288 votes.

The USA Today/AFCA coaches poll put Minnesota at No. 23 in this week’s poll.

The volume has gone up, but it’s not necessarily loud.

If Minnesota beats Purdue (2-2, 0-1) for homecoming on Saturday, and after the bye week, tops Illinois (3-1, 0-1) in Champaign on Oct. 15, then the sound will resemble decibels coming from bullhorn when Minnesota travels to Penn State on on Oct. 22.

The Nittany Lions are ranked 11th in this week’s poll and that game is set to be Happy Valley’s annual “white out” game in prime time. Volume could reach 11 for that matchup.

Fleck will want nothing to do with looking ahead, but he doesn’t try to hide pride and hype from his players.

“They are going to hear it. I know that. I’m not dumb,” Fleck said Saturday in Spartan Stadium. “But we need the internal message to be way louder than the external message because everything from the external is (uncontrollable). It’s all what-ifs. It’s all circumstantial and subjective; everybody can have their opinion. What we need to do is make sure we have facts inside our walls.”

One fact has been Minnesota’s huge success on third down this season. Their offense and defense are both No. 1 in the nation and are outpacing the best marks in that category in years.

Fleck pointed to their huge success in that department against a Spartans team, which was ranked 11th in the AP poll two weeks ago. Minnesota’s offense converted on 10 of 12 third downs against MSU, and the U’s defense kept Michigan State to conversions on on only 2 of 8 third downs.

The Gophers, meanwhile, turned down the racket this week on one burning question: Who will step up after the season-ending injury No. 1 receiver Chris Autman-Bell?

Minnesota spread the ball out to 10 pass-catchers, and Mike Brown-Stephens led the way with six grabs for 73 yards. Daniel Jackson, Dylan Wright and Brevyn Spann-Ford each caught three balls for at east 40 yards. Jackson had a pair of TDs.

Fleck was asked Saturday if he expects more attention this week and revealed he will work filter it.

“You guys have had outside noise from the start,” Fleck told reporters. “That’s your job. You do a really good job of it. I love ya for it. It gives me something to talk to our team about.”