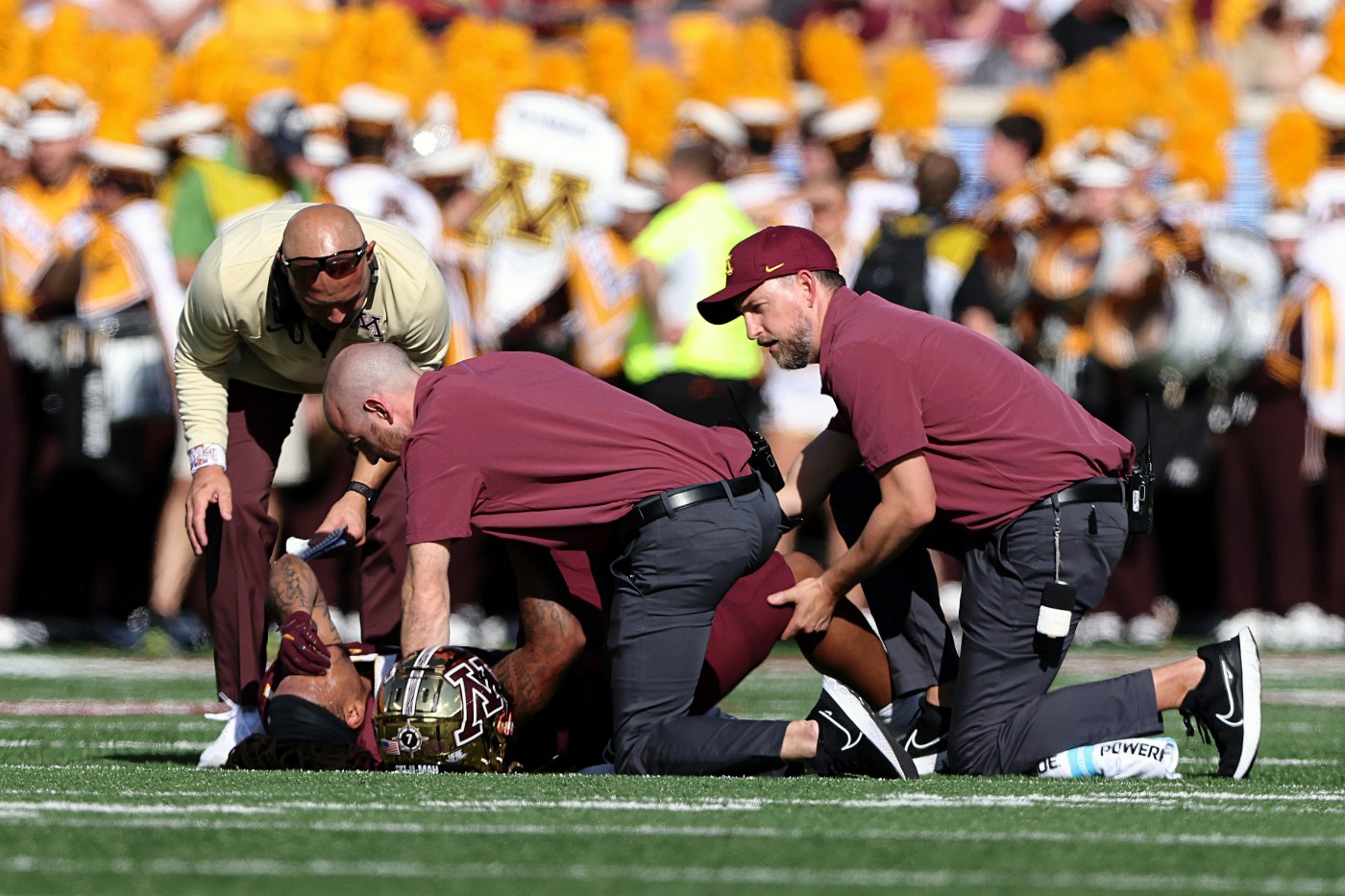 Top Gophers receiver Chris Autman-Bell is out for the rest of the 2022 season, head coach P.J. Fleck said Monday.

Autman-Bell landed awkwardly on his right leg after trying to adjust to an off-target throw from Tanner Morgan in the first half of Saturday’s 49-7 victory over Colorado. He needed assistance to leave the field and went to a hospital for tests.

Fleck said Autman-Bell will have surgery on his lower leg on Wednesday and that the U will appeal the NCAA for a seventh season for him, which is an option given his redshirt season in 2017 and COVID-19 year in 2020.

The sixth-year senior leads the team with 11 receptions for 217 yards and one touchdown through three nonconference games.

On Monday morning, Autman-Bell quoted one of Mo Ibrahim’s tweets from last September with a pray emoji.

Ibrahim had ruptured his Achilles tendon a few days prior and wrote: “What if everything you are going through is preparing you for what you’ve asked for?”

Autman-Bell also was on Tumblr over the weekend, writing, “I won’t question anything GOD has in store for (me).”

After the Colorado game, Ibrahim said the message after his devastating injury a year ago was keeping the focus on the collective.

“Last year when I went down the main emphasis was keep on rowing together,” Ibrahim said. “I think that is the important message. Row together. Stick together. You will get through it with each other.”

The Gophers leaned heavily on Autman-Bell with their passing game, targeting him with a team-high 23 percent of passes in three games, a share that would have been higher if starters had not exited the game during the second half of  three blowout wins.

Autman-Bell’s nearly one-fourth share was six percent more than the No. 2 target.

The other four on that list will be among the primary pass-catchers asked to step up.

“We are deeper than we’ve been,” Fleck said.

Receiver Daniel Jackson returned from an ankle injury to make his season debut against Colorado, making two receptions on two targets against the Buffaloes. Jackson accounts for three percent of total targets this season, and his share is projected to increase going into Big Ten play.

The remaining 20 percent of targets through three games went to backup receivers, backup tight ends and a handful of running backs. That includes Ibrahim, Bryce Williams and Jamison Geers having two receptions on two targets each.

The Gophers will use a by-committee approach to replacing Autman-Bell, but they will miss their go-to guy.