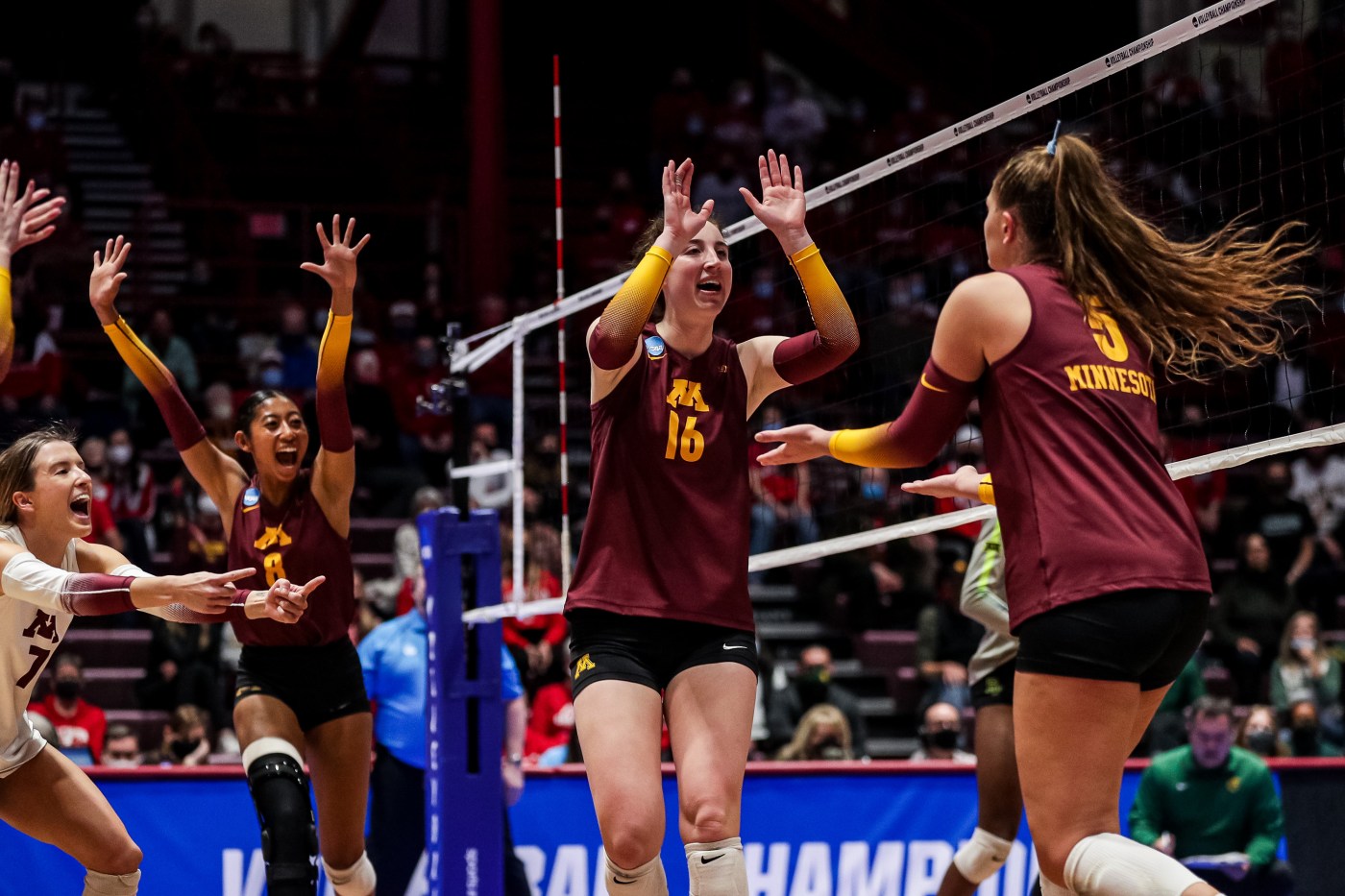 How’s that for a hectic final weekend of the regular season?

The Gophers volleyball team, which enters the weekend 18-8 overall, 13-5 in the Big Ten and ranked the No. 9 team in the nation, will face two more regular-season challenges, which will serve as good preparation for when postseason play kicks off next weekend.

“I think it’s very analogous to what you’ll find in the (NCAA) tournament. You’ve got to go back-to-back nights against good teams and sometimes in adverse conditions,” Gophers coach Hugh McCutcheon said. “I think it’s a wonderful weekend to prepare, and obviously we’ll go out there and play to win, as we do always. But the idea that we’re building into the next phase of the season, yeah, it’s a good opportunity for us.”

The Gophers were swept in three sets by the Buckeyes in October (19-7, 15-3) when the teams met the first time this season while they have yet to face the Huskers (24-3, 16-2). All three of Nebraska’s losses have come to teams ranked within the top 10.

Minnesota, meanwhile, enters the weekend winners of five of six matches in November, and McCutcheon said he feels his team is “in a good spot” as it reaches the end of the regular season.

“I really feel like this has been a challenging season but not in any way insufficient,” he said. “It’s just been awesome in every sense of the word. We’ve had all the ups and downs and all that stuff, but here we are, 18-8. It’s not like we’re chopped liver. And we’re playing good, and I think our best is yet to come, so I feel pretty positive about where we are and, more importantly, where we’re going to go.”

That, ultimately, they hope is deep into the tournament, and playing two top-10 foes on the road right before the tournament will help them see how they stack up.

It’ll also serve as their final opportunity to state their case to host opening-round tournament matches at Maturi Pavilion. McCutcheon said they were hopeful, though not presuming anything, but the Gophers appear likely to host first- and second-round matches next weekend at home — the top 16 teams in the nation are rewarded with hosting duties.

They’ll find out their fate — and who they’ll be matching up against in the first round of the tournament — during the selection show, which airs at 6:30 p.m. CT on Sunday on ESPNU.

But first, they have an all-important final weekend to focus on.