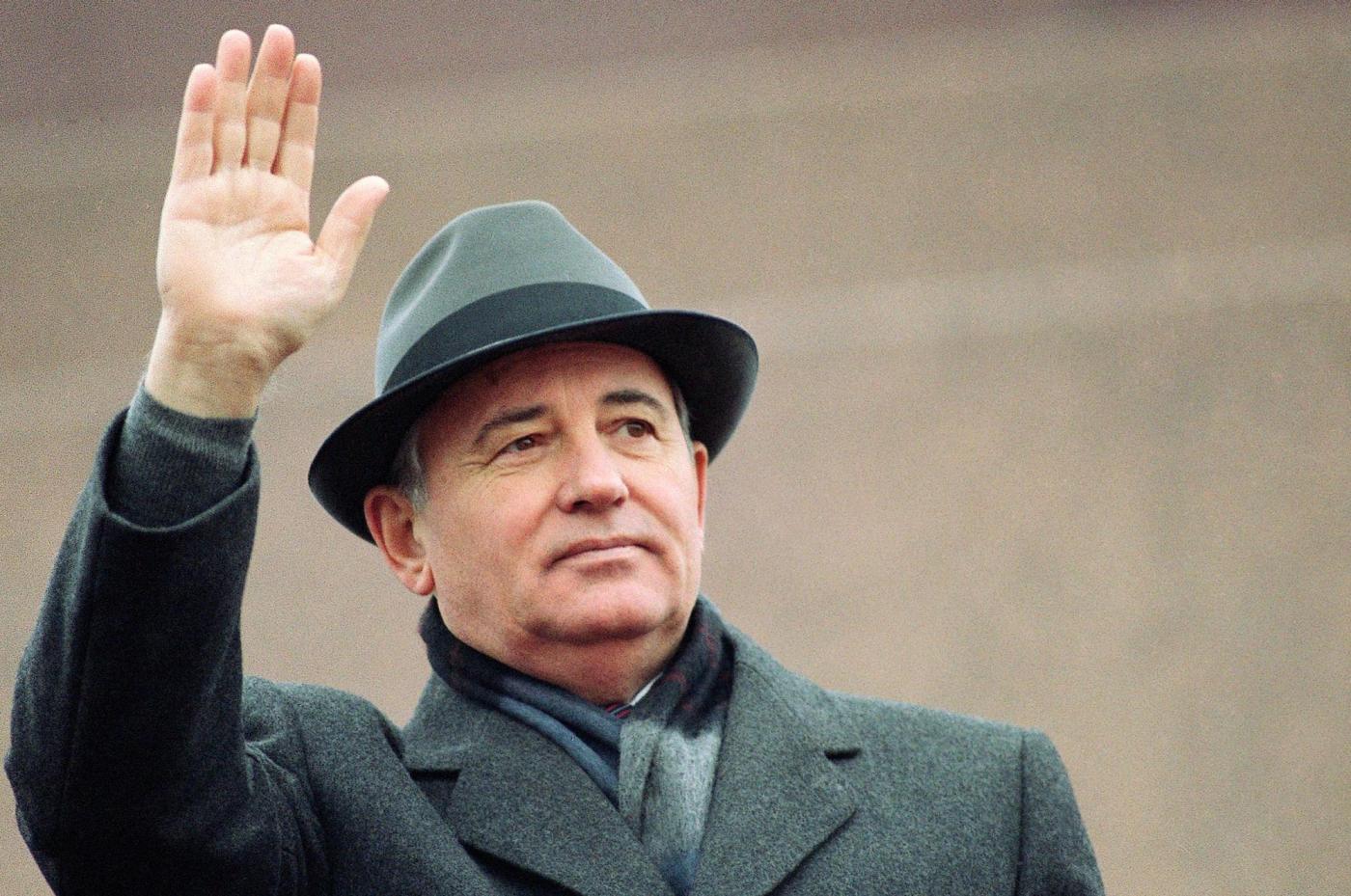 Back in the old Soviet Union, the political joke was the principal underground conduit of political opinion. One that made the rounds soon after Mikhail Gorbachev came to power in 1985 posed this question: “Who supports Gorbachev in the Politburo?” The answer: “Nobody has to. He can move around on his own.”

The rise of a dynamic, young and charismatic leader after a series of funerals of doddering old leaders — Leonid Brezhnev, Yuri Andropov, Konstantin Chernenko — was in itself an exciting novelty. Couple that with the radical openness, candor and willingness to change that Gorbachev introduced almost from the first day, and the euphoria was tangible across the entire Soviet expanse.

Gorbachev died on Tuesday, and it would be hard to find a Russian today who would remember him positively, much less in the brave and heroic way in which he is often perceived in the West. To those, like Vladimir Putin, who pine for lost empire, he was the man who destroyed the mighty Soviet state. To liberals, he was the leader who failed to set its successor in the right direction.

But in those first heady days of his leadership, Gorbachev, who at 54 was decades younger than most of the senile relics around him in the Politburo, was a global rock star.

The Soviet Union was near rock bottom. Store shelves were empty, the economy wrung dry by a rapacious military machine. An army of KGB agents and informers brutally crushed any public deviation from the official ideology, in which nobody believed. The outside world was a forbidden dream.

And then suddenly, this young leader with the broad smile and the accent of his roots in the southern farmland arrived, spreading a thrilling gospel of “new thinking,” “perestroika” (rebuilding) and “glasnost” (openness). We can’t go on like this, he declared as he brought new blood into the Kremlin. In a swirl of unscripted appearances, he preached that society was suffocating under the command-bureaucratic system and the arms race, that everything had to be changed, and changed radically. He sometimes appeared in public with his charming wife, Raisa, often plunging into the ecstatic crowd. It was something Russians had not seen since Nikita Khrushchev more than two decades earlier, and it was far more exciting, free and contagious.

One scene I remember in particular was from a trip Gorbachev made to Leningrad in the spring of his first year in office. The main evening television news, which under his predecessors had become a ritual recitation of propaganda, showed Gorbachev mingling and bantering in the street, his familiar bald pate with its large birthmark bobbing through a jostling crowd.

“Continue as you began,” a man shouted. Then an imposing woman, pressed by the crowd against Gorbachev, her blond beehive hairdo rising over him, piped in, “Just get close to the people, and we’ll not let you down.”

“Can I be any closer?” Gorbachev replied, with a broad smile.

It was a chemistry that went far beyond the economic changes he began.

Taboos evaporated. People began speaking freely, newspapers started reporting in earnest, the arts flourished, churches filled. Dissidents, most notably Andrei Sakharov, returned from labor camps and internal exile. Real debate, and even real voting, arose in what had been a rubber-stamp Soviet legislature. It may have been more than Gorbachev bargained for, but in the public mind, he got credit for it all. Under his predecessors, anything politically daring in the arts was seen as an end run around the censors; under Gorbachev, it was treated as further evidence of a thaw.

The excitement was not limited to the Soviet Union. Throughout the Soviet bloc and around the world, the rise of a bold new leader captured attention even before he reached the pinnacle. During a visit by Gorbachev to London after he emerged as the acknowledged second in command in the Kremlin, a headline in The Sunday Times of London proclaimed, “A Red Star Rises in the East.” Margaret Thatcher, then the prime minister of Britain, issued her famous judgment: “I like Mr. Gorbachev. We can do business together.”

The citizens of what was then West Germany, who lived in a divided country amid a huge arsenal, greeted Gorbachev’s efforts to end the Cold War with a special passion. I remember crowds outside the baroque Old Town Hall in Bonn, then the West German capital, chanting “Gorby! Gorby!” while he signed the guest book inside. A public opinion poll on the eve of that visit in 1989 recorded an astounding 90% of respondents answering “yes” when asked whether Gorbachev was a man they could trust.

There were cheers of “Gorby! Gorby!” in East Berlin, too, when Gorbachev visited in October 1989 to join its aging communist leaders in celebrating the 40th anniversary of the East German state — a visit that directly precipitated the fall of the Berlin Wall a month later. A popular myth in the United States credits Ronald Reagan with that historic event, but the forces that Gorbachev unleashed throughout East Europe were immeasurably more important.

Yet Gorbachev was a reformer, not a revolutionary.

Only nine months before the Soviet Union was to collapse, he confessed before an audience in Minsk, in what is now Belarus, “I am not ashamed to say that I am a communist and adhere to the communist idea, and with this I will leave for the other world.”

What he failed to understand — and what his grizzled, ruthless predecessors in the Kremlin knew intuitively — was that to loosen a system built on coercion, power and fear was to destroy it. While Soviet society burst from the restraints of Soviet authoritarianism, Gorbachev’s efforts to reform the economy foundered on the same rocks as all previous reforms: the privileged, corrupt Communist Party apparatus.

He tried economic shock therapy, then reversed course, then tried force, but it was all too little, too late. Without the cruel glue of repression, the Soviet Union disintegrated, and the economy ground to a halt. An attempt by communist hard-liners to seize power by force in August 1991 was put down by Boris Yeltsin, and the USSR would survive only a few months more.

Having witnessed the disintegration of the Soviet empire from Moscow and then from Berlin, I find it hard to imagine that an agent of change other than Gorbachev could have achieved the peaceful dismantling of a system that had all but collapsed. It took a believing communist to try to change the system from within, but the system was beyond reviving.

Gorbachev saw that in his later years.

“The old system collapsed before the new one had time to begin working, and the crisis in the society became even more acute,” he proclaimed in his resignation speech in December 1991. In the United States, most people thought it was self-evident that the end of the Cold War and the collapse of a totalitarian system would be universally perceived as a positive event. In Russia, though, there were many who deplored the loss of great-power status, a nostalgia that Putin harnessed to rebuild an authoritarian Kremlin.

But when I heard of Gorbachev’s death, what came to my mind first and foremost was that broad smile, that contagious euphoria, that courageous faith in change and those shouts of “Gorby! Gorby!” from people being set free. That is Mikhail Gorbachev’s true legacy.