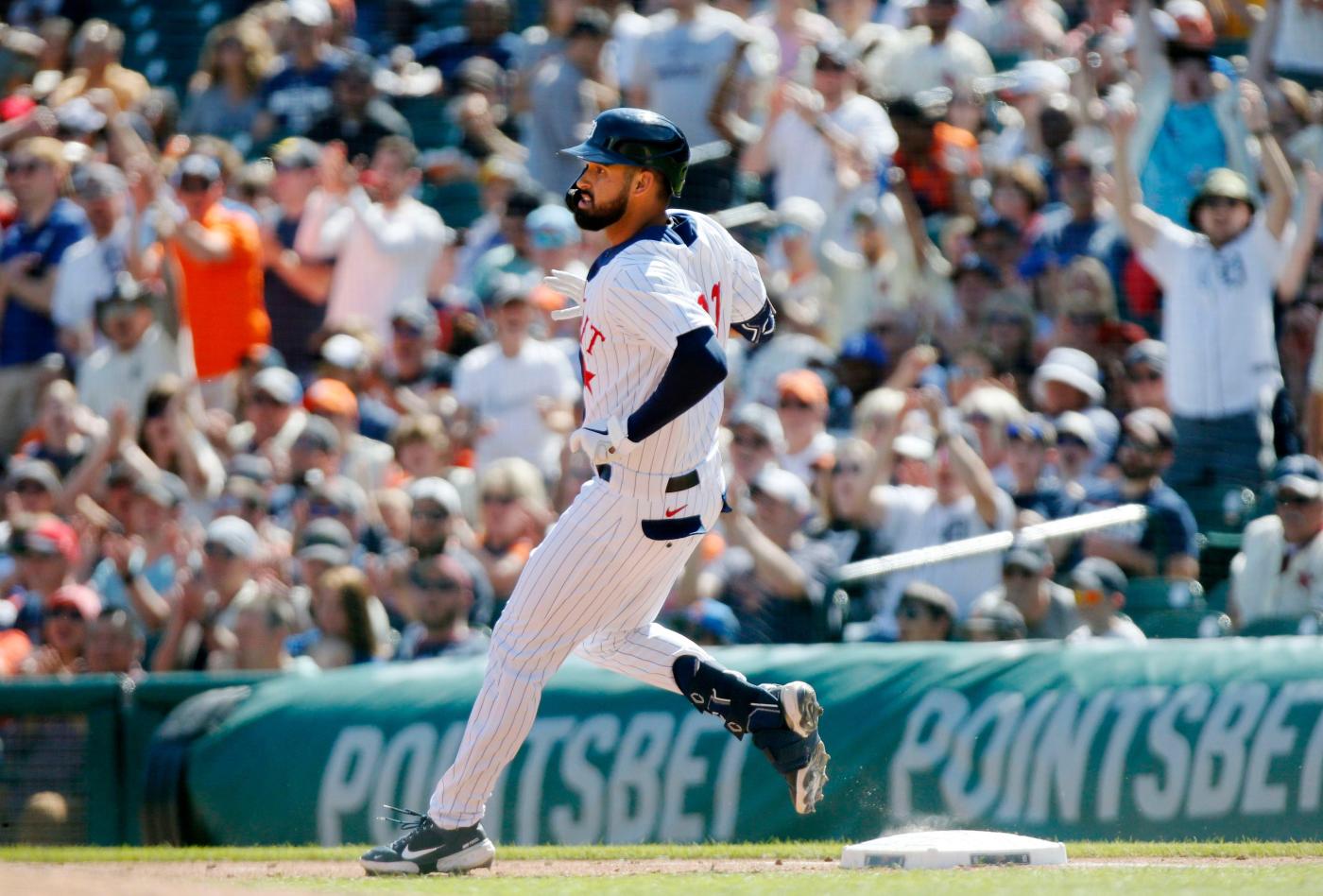 The 2019 Hagerty High grad and No. 5 overall draft pick made his debut Saturday in a 14-7 victory over Texas and during the Tigers’ three-run first inning singled on the second pitch he saw from Texas Rangers starter Taylor Hearn.

The soft liner dropped in left-center field. The ball was retrieved and kept for Greene as a memento.

Greene, 21, has long been considered one of baseball’s top prospects. He’s ranked No. 2 overall by MLB Pipeline.

Greene was all but certain to be the Tigers’ Opening Day center fielder after a stellar spring but broke his foot just days before the team was slated to head north.

He was selected from Triple-A Toledo before Saturday’s game to replace outfielder Austin Meadows, who tested positive for COVID.

Greene went 2-for-3 on Saturday and also walked twice in addition to scoring two runs.

Eric Haase had three hits, including one of three Detroit homers, as the Tigers snapped a six-game losing streak.

The Tigers had scored only two runs in their last four games but set a season-high for runs Saturday. Javy Baez and Robbie Grossman also homered.