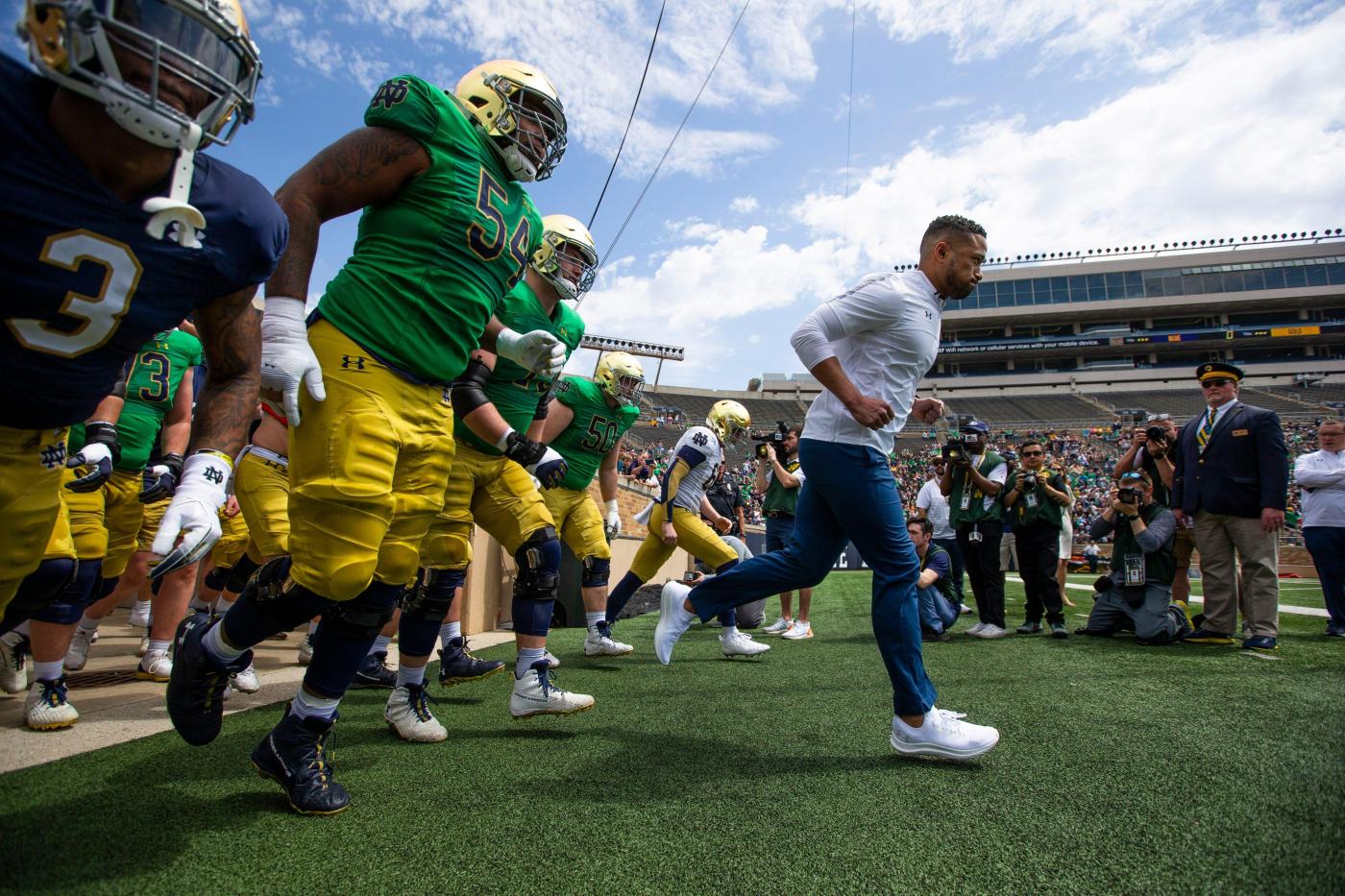 There are plenty of familiar faces and a few long shots when predicting this year’s College Football Playoff national champion.

Nothing seems to slow down Nick Saban, who, despite turning 71 this year, has Alabama back in position for another run at an SEC Championship and a national championship.

While the Crimson Tide suffered through the typical roster attrition with seven players selected in the 2022 NFL Draft, the team returns QB Bryce Young, the reigning Heisman Trophy winner, and DL Will Anderson Jr.

They said it: “We’ve had some great impact players, but never one on offense, one on defense, of the caliber that these guys have been able to play on a consistent basis.” — Saban on Young and Anderson.

Ohio State is 34-4 in the three-plus seasons under coach Ryan Day with all four losses coming against teams ranked in the top 10.

QB C.J. Stroud (4,435 yards passing, 44 TDs) is back after a record-setting season, as is WR (1,606 yards) and RB TreVeyon Henderson (1,248 yards). The defense underwent an overhaul, with Jim Knowles leaving Oklahoma State to take over as defensive coordinator.

They said it: “C.J. has always had very good leadership skills. He’s always had a voice. Once you go on the field and you show credibility that you can do it, you walk a little differently and guys look at you through a different lens.” — Day on Stroud’s development.

Georgia captured its first national title since 1980 with an impressive 33-18 win over Alabama. If the Bulldogs hope to become the first school to win back-to-back titles since Alabama (2011-12), they’ll need another stellar season out of their defense.

There was an NFL-record 15 Georgia players selected in this year’s draft, including eight from the defensive side led by DE Travon Walker and DL Jordan Davis. The Bulldogs return the least amount of production from their defense in the SEC, but a deep recruiting base should help alleviate some of those concerns.

They said it: “People ask the question, ‘How does it feel to be hunted?’ We will not be hunted at the University of Georgia. I can promise you that. The hunting we do will be from us going the other direction. We’re not going to sit back and be passive about.” — Georgia coach Kirby Smart

The offense took a massive step back with quarterback DJ Uiagalelei struggling in his first season as a starter. The defensive front may be one of the best in the ACC, with all-conference standouts in Xavier Thomas, Bryan Bresee, Tyler Davis and Myles Murphy.

The Wolverines are coming off a breakthrough season in which they snapped an eight-game losing streak to rival Ohio State and captured the Big Ten title for the first time since 2004. Despite flirting with the NFL in the offseason, coach Jim Harbaugh has enough returning pieces for Michigan to make another solid run.

The offense was physical up front, leading the Big Ten in rushing (214 yards per game) and with quarterbacks Cade McNamara and J.J. McCarthy and tailback Blake Corum back. It’s easy to see a little drop-off in 2022. The defense, while talented, lacks practical experience.

They said it: “We’re just going to continue to attack. That’s what I really love about this team. They literally attack everything that’s put in front of them.” — Harbaugh on carrying momentum from last season.

Texas A&M has won at least eight games in each of Jimbo Fisher’s four seasons in College Station, but the Aggies still are waiting for that breakthrough. That won’t change this season after Fisher signed the No. 1 recruiting class and added experience through the transfer portal.

They said it: “When you’re talking about winning national championships, it’s not just understanding how to handle the expectations, it’s organizing and structuring the team to get to those points. We’re really right now at the beginning of that stage where we can do it consistently.” — Fisher on expectations.

New coach Marcus Freeman was immediately embraced by the players and fans, making his transition a smooth one moving forward. The Irish have appeared in the College Football Playoff semifinals twice in the last four seasons and have enough talent to make another serious run.

They said it: “The entire quarterback room is extremely close, but they also know that there’s only one quarterback. They compete every day. They competed in spring ball, and I look forward to seeing their competition as we start fall camp.” — Freeman on the QB situation on ESPN’s SportsCenter.

Adding new coach Brent Venables should pay off for the Sooners, who lacked defensive toughness under former coach Lincoln Riley. Jeff Lebby guided explosive offenses at UCF and Ole Miss, making him the perfect match with Venables, particularly with the addition of transfer QB Dillon Gabriel.

They said it: “He’s our quarterback. Certainly, anything can happen as we move forward through fall camp. But I feel great I can lay my head down at night knowing not just what he has done on the football field but the quality of the person he is.” — Venables on Gabriel.

Nobody has made more College Football Playoff appearances than Alabama (7) with the Crimson Tide playing in the title game in six of those seven seasons. It’s hard to imagine Saban’s team not making it back to the championship, especially with the help of Heisman quarterback Bryce Young.

Clemson (4), Ohio State (2) and Georgia (1) are the only other teams to make it to the CFP title game since 2014 and all three have the pieces to make another run.

Oklahoma and Notre Dame haven’t won titles in decades, but both could surprise some people with new coaches.

This article first appeared on OrlandoSentinel.com. Email Matt Murschel at mmurschel@orlandosentinel.com or follow him on Twitter at @osmattmurschel.