HBO's "The Idol" Explores the Dark Side of the Music Industry 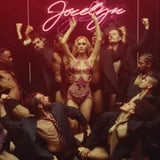 Image Source: YouTube user HBO If you loved the edgy, raw, and unfiltered “Euphoria,” buckle up for another thrilling ride with HBO’s upcoming limited series “The Idol.” The masterminds behind the series are none other than “Euphoria” director, writer, and producer Sam Levinson, as well as Abel Tesfaye, better known by his stage name, The Weeknd. In addition to creating and coproducing the series, the “Out of Time” singer will also share the screen with a handful of talented actors, including Lily-Rose Depp, Troye Sivan, and Debbie Ryan. “The Idol” focuses on several heavy themes, ranging from . . .