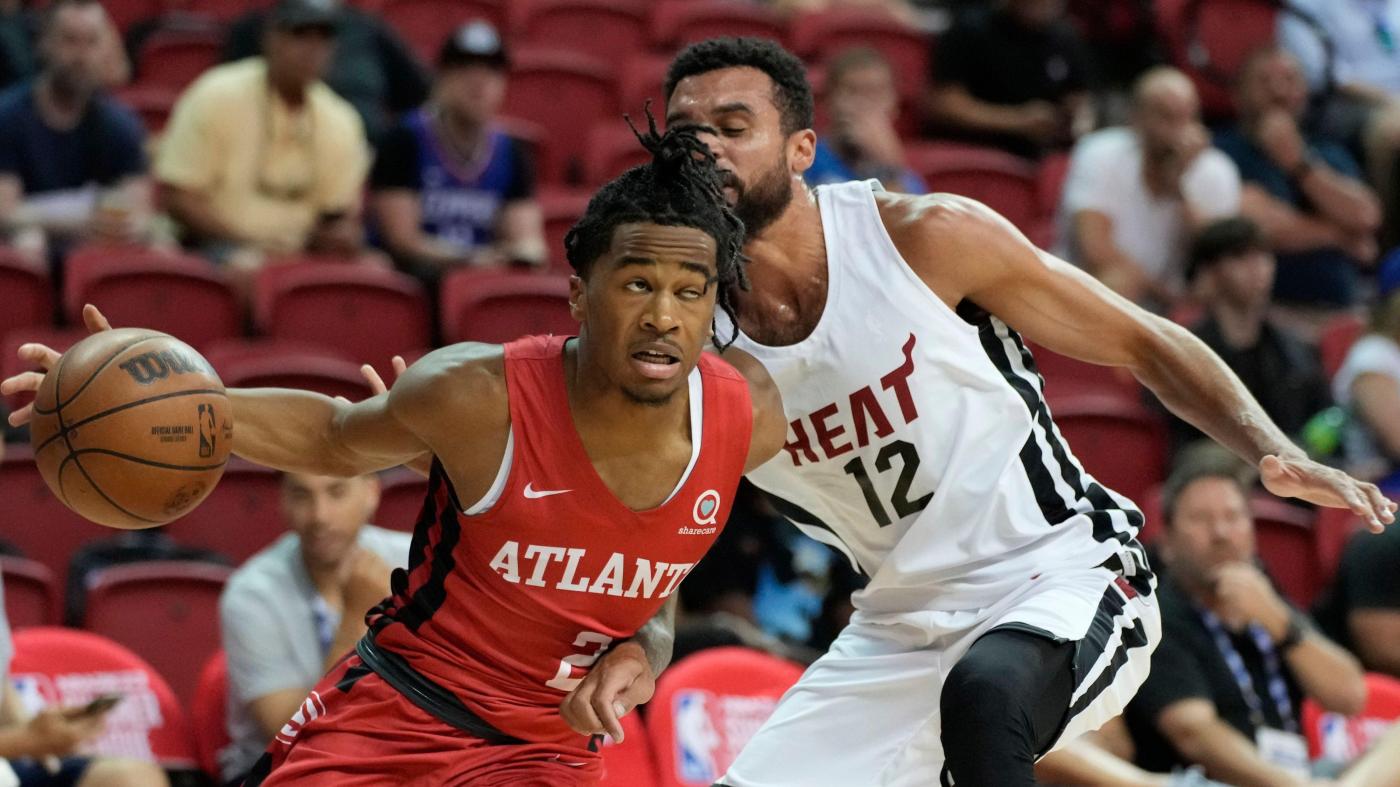 But the 95-88 loss on the UNLV campus held the same meaning as every step of this offseason journey for the majority of the roster.

While Jovic, the No. 27 pick in last month’s draft, and Yurtseven, a breakout player at midseason, watched from the bench, the make-or-break aspect of this time of year continued to play out on the court at Thomas & Mack Center.

For guard Javonte Smart, who is on a two-way contract, it was another opportunity to show off his scoring, this time with 19 points.

For Mychal Mulder, who also is on a two-way deal, another chance to display his 3-point stroke, draining a pair.

And for French League guard Kyle Allman Jr., a game to show his attack mode, closing with 14 points, including 8 of 10 from the line.

“We put the ball in his hands in that capacity,” Allen said.

For the majority of the rest of the roster, it mostly was an uneven ride, significant in regard that the Heat still have three Exhibit 10 contracts at their disposal as a means to funnel prospects to their G League affiliate, with Orlando Robinson so far the lone player on the summer roster to receive such designation. Robinson, the undrafted center out of Fresno State, closed with six rebounds in 14 minutes.

Among the Heat’s highlights Tuesday was a Jalen Adaway alley-oop tip in off an Allman pass in the second quarter.

The Heat opened with a lineup of Adaway, Smart, Bryce Hamilton, Bryson Williams, and Marcus Garrett, with forward Haywood Highsmith given the night off.

Heat coach Erik Spoelstra and members of his staff sat courtside across from the Heat bench. Also taking in the game was University of Miami coach Jim Larrañaga.

The game opened a back-to-back set that concludes with a 9 p.m. Eastern game Wednesday against the summer roster of the Philadelphia 76ers.

The Heat then have Thursday off before a 10 p.m. Friday game against the Toronto Raptors, with their summer schedule concluding with either a Saturday or Sunday game, that opponent and time still to be determined.

As for Yurtseven and Jovic, Allen said, “As far as I know, it’s day to day.”

With the loss, the Heat dropped to 2-3 in summer league, when counting their 1-2 run in San Francisco at the California Classic.