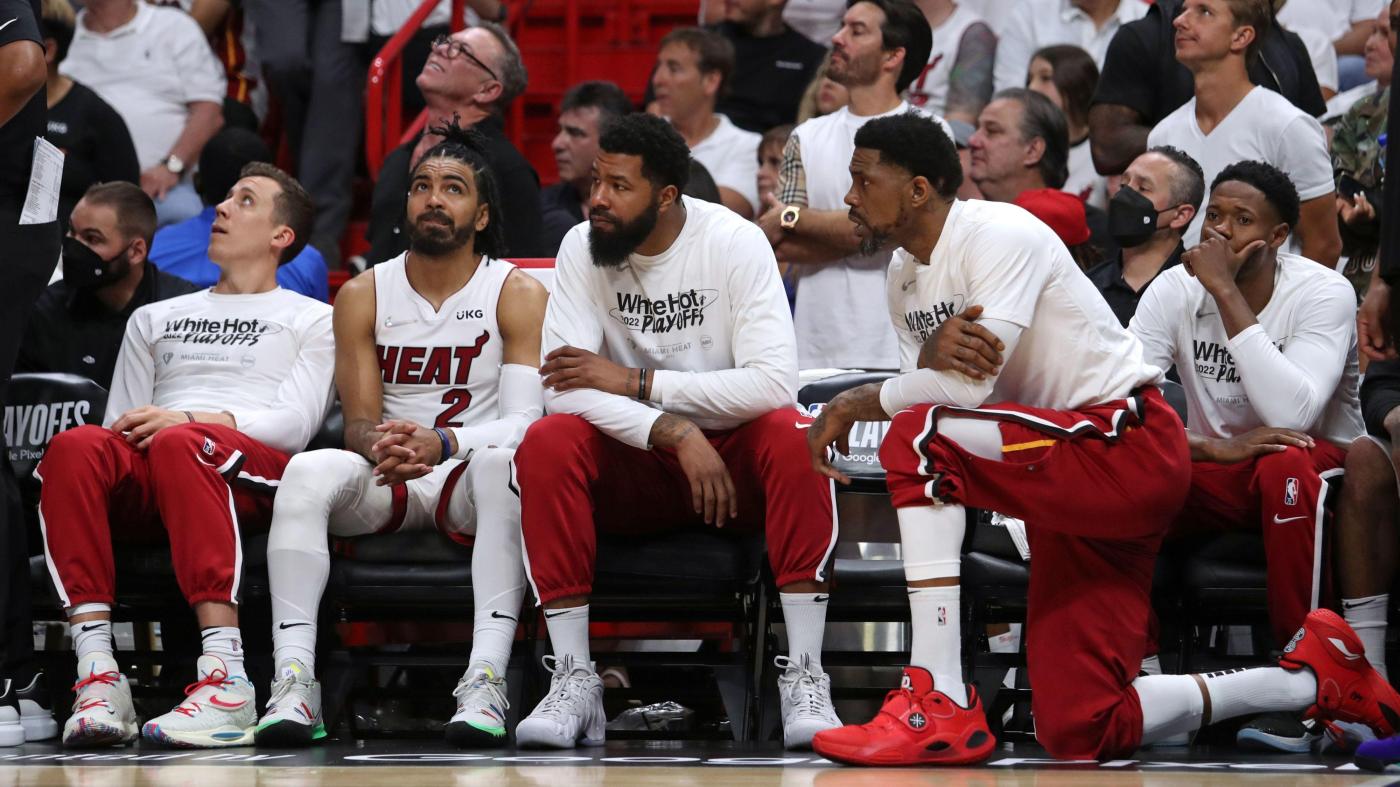 Against a shifting landscape in what is shaping up as an increasingly competitive Eastern Conference, the Miami Heat spent Friday attempting to work on a power play.

What they could run into is a power shortage.

In the wake of losing starting power forward P.J. Tucker to the Philadelphia 76ers at Thursday’s start of NBA free agency, the Heat saw several replacement options come off the board, including Golden State’s Otto Porter agreeing to terms Friday with the Toronto Raptors. That was after several other potential free-agent fallback possibilities also settled in elsewhere, including Bobby Portis with the Milwaukee Bucks, Thaddeus Young with the Raptors, Kyle Anderson with the Minnesota Timberwolves and Joe Ingles with the Bucks.

The remaining pool of free-agent options at power forward as of Friday evening was limited to the likes of the Indiana Pacers’ T.J. Warren, Heat free agents Markieff Morris and Caleb Martin, and Cody Martin, the Charlotte Hornets forward who is Caleb’s twin brother.

There also, of course, is the trade market, which has been particularly robust in recent days. The ultimate answer in that regard for the Heat would be Brooklyn Nets forward Kevin Durant, who has requested a trade, with the Heat among his desired landing spots.

Ahead of what now appears to be an inevitable trade of Durant, the Boston Celtics on Friday bolstered themselves with the addition of Indiana Pacers guard Malcolm Brogdon, in the wake of the Atlanta Hawks adding Dejounte Murray from the San Antonio Spurs and the Chicago Bulls re-upping with Zach LaVine and the Washington Wizards locking in Bradley Beal to a new five-year contract.

Other potential options for the Heat on the trade market to address power forward could be Indiana’s Myles Turner, Atlanta’s John Collins or the Phoenix Suns’ Jae Crowder, the former Heat forward.

Also Friday, there was speculation of a heightened possibility of a Heat move toward Utah Jazz guard Donovan Mitchell, after the Jazz basically sold off All-Star center Rudy Gobert to the Minnesota Timberwolves for draft choices. Donovan has been linked to Heat trade speculation for weeks.

Of the big men in that mix, Adebayo, Dedmon and Yurtseven have played almost exclusively at center over their careers, with Jovic’s frail frame hardly that of a prototypic NBA power forward.

Martin and Morris both played minutes at power forward last season, with neither necessarily a starter of choice at the position.

The Heat typically sort through the ancillary elements of free agency later in the process, when a better sense of the market for supporting players is established.

While the Heat have several means to further exceed the $123.7 million NBA salary cap established for the 2022-23 season, they also have remained mindful of avoiding the $157 million hard cap, which would be triggered by utilizing the full $10.5 non-taxpayer mid-level exception, the $4 million bi-annual exception or by acquiring a free agent in a sign-and trade transaction.

The Heat retain the right to bring back Tucker or Morris at 20 percent raises from last season’s minimum-scale contracts or by utilizing all or part of the $6.5 million taxpayer mid-level exception on one or both of those two. That exception also can be extended to an outside free agent.

With their payroll after Thursday’s first day of free agency at $144 million, the Heat effectively are locked in as an above-the-cap team for the coming season.

In addition to Morris and Martin, veteran big man Udonis Haslem, who is mulling returning for a 20th Heat season, is the Heat’s other remaining free agent.

Two other Heat free agents, Oladipo and Dedmon, were retained with agreements on Thursday. Those deals can be finalized starting at Wednesday’s conclusion of the league’s personnel moratorium.

Friday marked the first day the Heat could sign Jovic to his rookie scale contract, one that starts at $2.2 million for 2022-23.

With the NBA’s personnel calendar turning to the league’s new fiscal year on Friday, the Heat now also are eligible to extend a rookie-scale extension to Herro, with that window remaining open until the day before the start of the 2022-23 regular season.

All of the Heat’s moves, and, for that matter, the rest of the NBA’s moves, seemingly are being weighed against the trade request Durant.

By rule, the agreed-upon contracts of Dedmon and Oladipo now cannot be put into play in trades until Dec. 15.

Teams can carry up to 20 players on their rosters during the offseason, required to then trim to a maximum of 15 players under standard contract and two under two-way contracts by the regular-season opener.

Javonte Smart and Mychal Mulder, who both are participating in summer league, currently hold the Heat’s two two-way contracts.