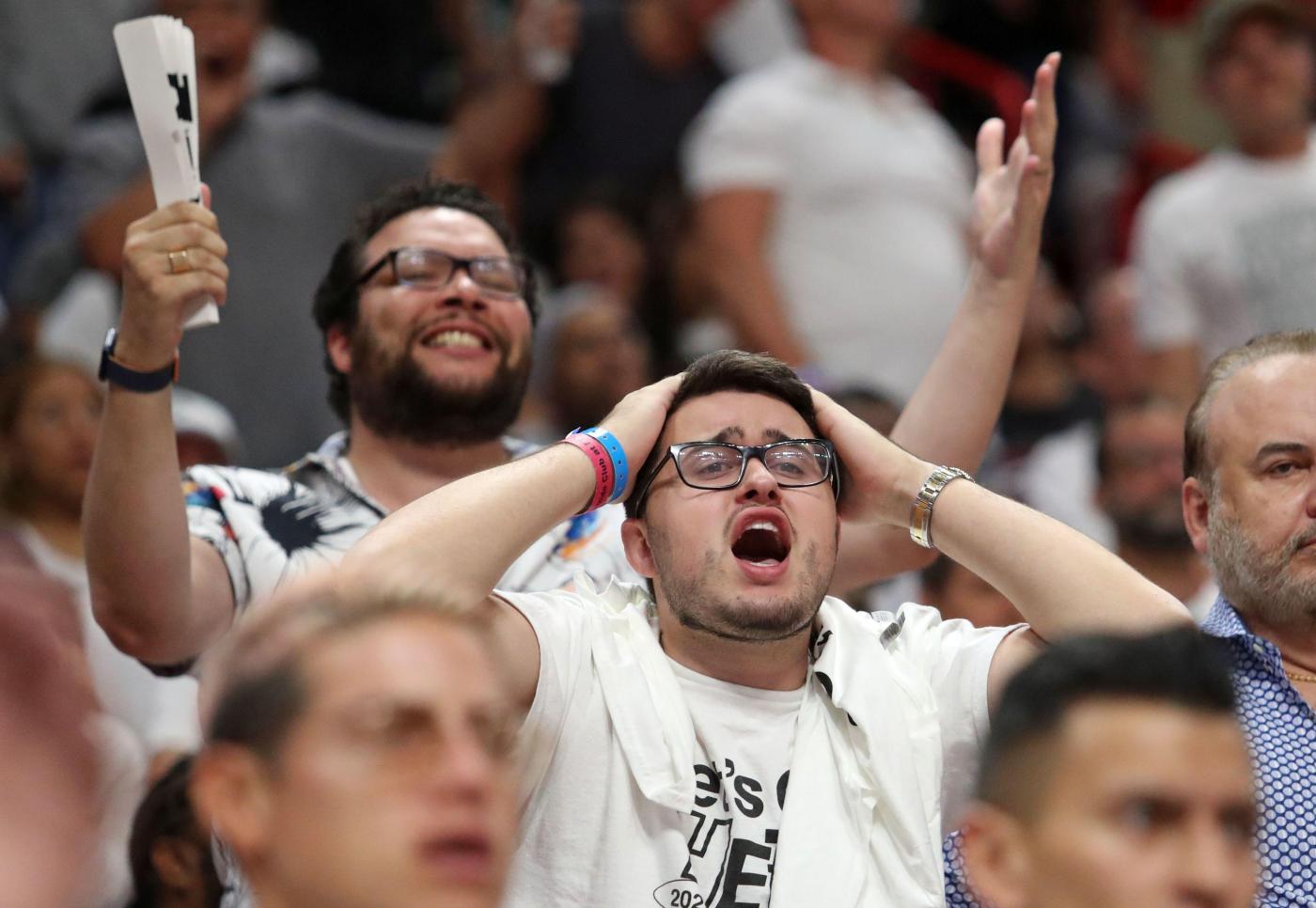 No sooner does the NBA schedule drop, as it did Wednesday, then so do the accompanying strength-of-schedule analytics.

While this is not like the NFL, where you don’t play most of the teams, the NBA schedule still has ample twists and turns (back-to-back sets, conference teams faced only three times, miles traveled), to add some legitimacy to those ratings.

Based on the methodology of Positive Residual (which factors in opponent strength, rest and altitude), the Heat’s schedule comes out ranked 12th in toughness out of the NBA’s 30 teams.

When it comes to perceived “scheduled wins,” a rested team facing an opponent on the second night of a back-to-back, the Heat’s schedule sets up as particularly difficult, fifth-toughest in the league.

As for basic strength of schedule (somewhat of a flawed approach, since it is based on last season’s records at this stage), Tankathon ranks the Heat with the league’s third-easiest schedule (this is further flawed at this stage, because good teams don’t have to play themselves).

And when it comes to the projections from analyst Ed Kupfer, who utilizes Vegas win-projection totals, the Heat have the league’s sixth-easiest schedule.

All of that merely is the game before the game, filling the August doldrums.

Instead, what should matter most to teams is, shall we say, strength of commitment.

Namely, the commitment of the league’s stars to play an overwhelming majority of their team’s games.

To that end, the NBA schedule release featured these factoids:

All of which brings us to perhaps the most unique aspect of the Heat schedule, particularly the home schedule at FTX Arena.

In all, 12 of the Heat’s 41 home games, more than a quarter of the home schedule, are sets of consecutive games against the same opponent: the Toronto Raptors on Oct. 22 and Oct. 24; the Charlotte Hornets on Nov. 10 and Nov. 12; the Washington Wizards on Nov. 23 and Nov. 25; the Milwaukee Bucks on Jan. 12 and Jan. 24; the Atlanta Hawks on March 4 and March 6; and the Cleveland Cavaliers on March 8 and March 10.

And, yes, it is similar to the approach the league took during the 2020-21 pandemic season.

The difference is that season there was little to no attendance amid COVID.

But this season is different, and that matters.

Now, if an opposing player is ailing when one of those teams makes its first appearance of the season, it is likely he also will be out 48 hours later, in what would be his team’s only other visit of the season.

Yes, when it comes to Western Conference opponents, there never has been fan recourse, with those teams only visiting once.

But, now, with the Heat’s 2022-23 scheduling, a sore ankle for Bradley Beal could mean no Miami appearance this season by the Wizards guard. Same thing if, say, Trae Young were to have a balky knee during the Hawks’ lone visit, or Giannis Antetokounmpo a tender elbow when the Bucks are in town their lone time.

With baseball-type scheduling in baseball, there almost always is another visit within the same league over the course of the 162-game schedule.

In the NBA, even with an 82-game schedule, it could be all or nothing for several NBA stars this season at FTX.

Which brings us back to the league’s reasoning behind the approach, that it will get players on the court more often, reducing load management by reducing the travel load.

If that is the case, then there ultimately will be something to be said for the approach.

Otherwise, nagging injuries could be a nagging concern for season-ticket holders bent on at least one glimpse of some of the NBA’s leading men.

FAMILY AFFAIR: Having dealt with his own time away from the court to attend to family illnesses over the years, Heat captain Udonis Haslem this past week spoke about what teammate Kyle Lowry went through last season. “My heart went out to Kyle when he was dealing with that situation,” Haslem said. “I checked in with him almost every day. I understand what it’s like. I was in a situation where we come from out of town, I land, and I would go to the hospital and sit with my mom until two or three in the morning until the next day.” Lowry twice missed extended periods last season and recently said the situation still has him on call. “So I understand,” Haslem said. “It’s hard to be the best version of yourself for your teammates and for anybody when you’re affected in that shape, form and fashion. So my conversation with Kyle is: ‘This is just basketball. This is nothing. That’s real life and that’s what you should be focusing on.’ “

IGUODALA ON DURANT: Having worked his way to preferred destinations in recent seasons, including in 2020 with the Heat, Golden State Warriors free-agent forward Andre Iguodala, on the Point Forward podcast he hosts with former NBA player Evan Turner, recently offered his thoughts on what should come next for former championship teammate Kevin Durant. “I think he should stay in Brooklyn,” Iguodala said. “It’s such a big market. It’s good for the game. And just figure out how to make it work. Like everybody, grow up and make it work.” The fact that Durant has four remaining seasons on his Brooklyn Nets contract, Iguodala said, also matters. “This is a situation where it’s either, ‘Look, man just come out here and play’ or don’t play because you got four years, we got you for a while, so it’s not like you’re on an expiring contract and then you can just take off a year and we just give up a year.”

STILL GOING: At 33 and 7 1/2 years removed from his last game with the Heat, Norris Cole is still going, this past week named to the roster that will be in camp to represent Team USA at the upcoming AmeriCup in Recife, Brazil, from Sept. 2 to Sept. 11. Cole, who won championships in 2012 and ‘13 with the Heat in his first two NBA seasons, has been out of the league since the 2016-17 season with the Oklahoma City Thunder, since playing in Israel, Italy, Montenegro, Monaco, France, Spain and Puerto Rico. Others in USA Basketball tryout camp in Las Vegas for the tournament include forward Zylan Cheatham, who was with the Heat on an emergency 10-day contract last season, and former NBA players Gary Clark, Anthony Lamb, Patrick McCaw and Jodie Meeks.

NOT ALONE: In the wake of the Heat being the lone team among the eight in last season’s conference semifinals not to be featured in one of the league’s five Christmas Day games this season, the NBA passed along this fact as part of an explanation to the Sun Sentinel: “There have been 10 conference finalists in the past 10 seasons who have not been on Xmas the following season, so it’s not an anomaly.” The league said the Miami Dolphins having a home game that day also was “one of many” factors that went into the lack of such a Christmas assignment.

17. Times the Heat will play on Wednesdays this season, the most games on any single day of the week. By contrast, the Heat have 15 games each on the more popular Fridays and Saturdays, with seven on Sundays rounding out their weekend scheduling.