Help is on the way for reeling Yankees – Twin Cities 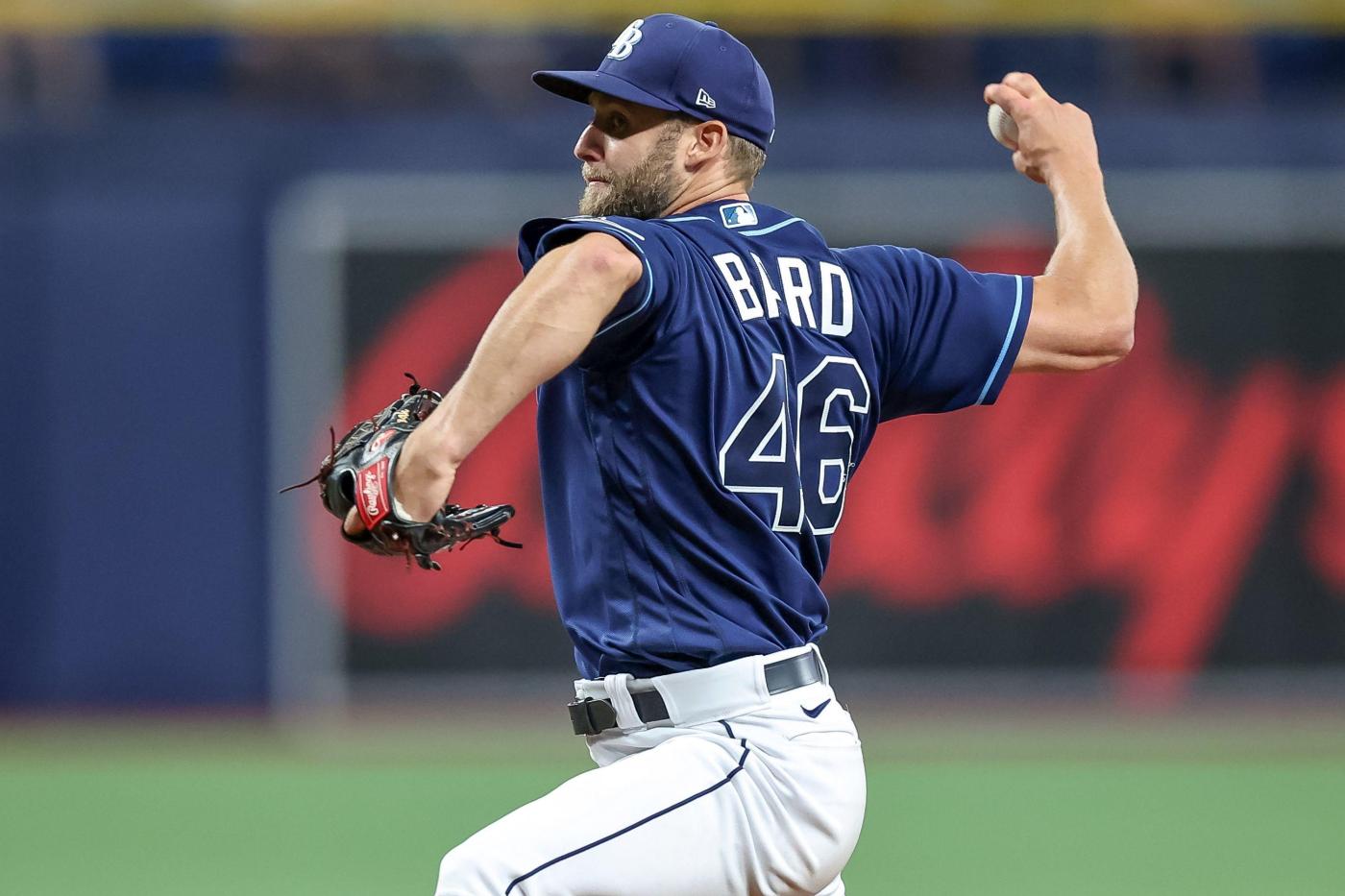 The Yankees placed Albert Abreu on the injured list Sunday morning and called up Luke Bard to take his spot in the Yankees bullpen. Abreu was placed on the IL with inflammation in his right elbow.

Bard, the younger brother of Daniel Bard, last pitched in the majors July 29 with the Rays. In eight appearances with Tampa Bay, including one against the Yankees, Bard threw to a 1.93 ERA. He struck out eight in 14 innings pitched.

The Yankees claimed him off waivers on Aug. 5. In the minors this season, Bard has pitched to a 5.02 ERA.

Abreu has allowed nine earned runs in 25 innings pitched in his time back with the Yankees. They claimed him off waivers after the Royals cut him. Abreu had been traded to the Rangers in spring training to acquire Jose Trevino. The Rangers also cut him this season.

Giancarlo Stanton went 0-for-3 with two strikeouts Saturday night for the Somerset Patriots and the Yankees could not be happier. The slugger got through his first minor league rehab game without issue.

“He came through fine. Feels good today,” Boone said. “He’ll get more at-bats today. I actually just texted with him about 15-20 minutes ago. So yeah, everything went according to plan.”

The plan is for Stanton to get another day with the Double-A affiliate and then return to New York where he is scheduled to face Luis Severino in a live batting practice on Tuesday.

Then the Bombers will make a decision with Stanton about him heading to the West Coast with them for a 10-game road trip.

“He’ll kind of determine that. I mean, the plan right now is another three to five today, kind of depending,” Boone said. “Then if all goes well there he’ll come work out with us tomorrow and then face (Severino), get a number of at-bats … so he’ll get a handful of at-bats there and hopefully we’ll be in a good spot there. But we’ll kind of determine that as the days unfold, if we feel like that’s enough and he feels like that’s enough and then we’ll go from there.”

Clay Holmes, who has been dealing with lower back tightness, still feels a little bit of the back issue that put him on the injured list, but said his first time throwing on Saturday went well. He was planning to throw a few pitches off the mound to test it on Sunday. The Yankees are encouraged that he will be able to return from the injured list as soon as he is eligible.

“So I mean, we’ll see. Obviously things have to continue to progress,” Boone said. “He’s going out to throw today and if that goes well and the way he’s feeling this morning, I think we’re going to be in a good spot. He’s gonna get on the mound today actually for probably just like 10 pitches or so. So I feel like we’re moving in a good direction.”

In his first 38 games this season, Holmes was unhittable. He pitched to a 0.46 ERA walking six in 39.1 innings pitched. Over his last 11 appearances, he has allowed 11 earned runs and walked 10 in 9.2 innings pitched.

Josh Donaldson, who was scratched from Saturday’s lineup with a stomach bug, was out of the lineup again on Sunday.

“He’s good. I haven’t seen him but they just told me is bouncing around. A lot better this morning and in the training room felt a little better when he left last night,” Boone said. “I talked to him last night and he was feeling a little bit better. But I think he’s doing a lot better today and should be an option for us.”

Zack Britton faced hitters again on Saturday and the reports were good, but Boone was trying to lower expectations about his possible return.

“That’s what I’ve tried to be guarded on,” Boone said. “As much as I think there’s a chance and we certainly would love to get Zack Britton back in the mix with us, first things first is I want to make sure that he is physically in that really good spot. This is an important time for him. It’s been a really good, I think successful journey from surgery in his rehab. So I’m certainly hopeful, but I don’t want to put any expectations on it. I just want him to get to a point where he’s back and really feeling like he’s ready to impact us. But the biggest thing is getting him all the way back, because it’s been a pretty good timeline for him since that surgery.”

EFFROSS ON THE MEND

Scott Effross, who has emerged as a late-inning go-to guy for the Yankees, was not available on Sunday. The side-arm right-hander was dealing with a shoulder issue.

“He had some shoulder stiffness coming out of yesterday’s game, so he wasn’t available to us today,” Boone said.

Effross threw 16 pitches in Saturday’s loss to the Blue Jays after having not pitched for two days. Boone said he was not sure if Effross would be seeing team doctors for imaging or testing.

In eight appearances since the Yankees acquired him from the Cubs at the trade deadline, Effross has allowed four runs, three earned, for a 3.24 ERA.