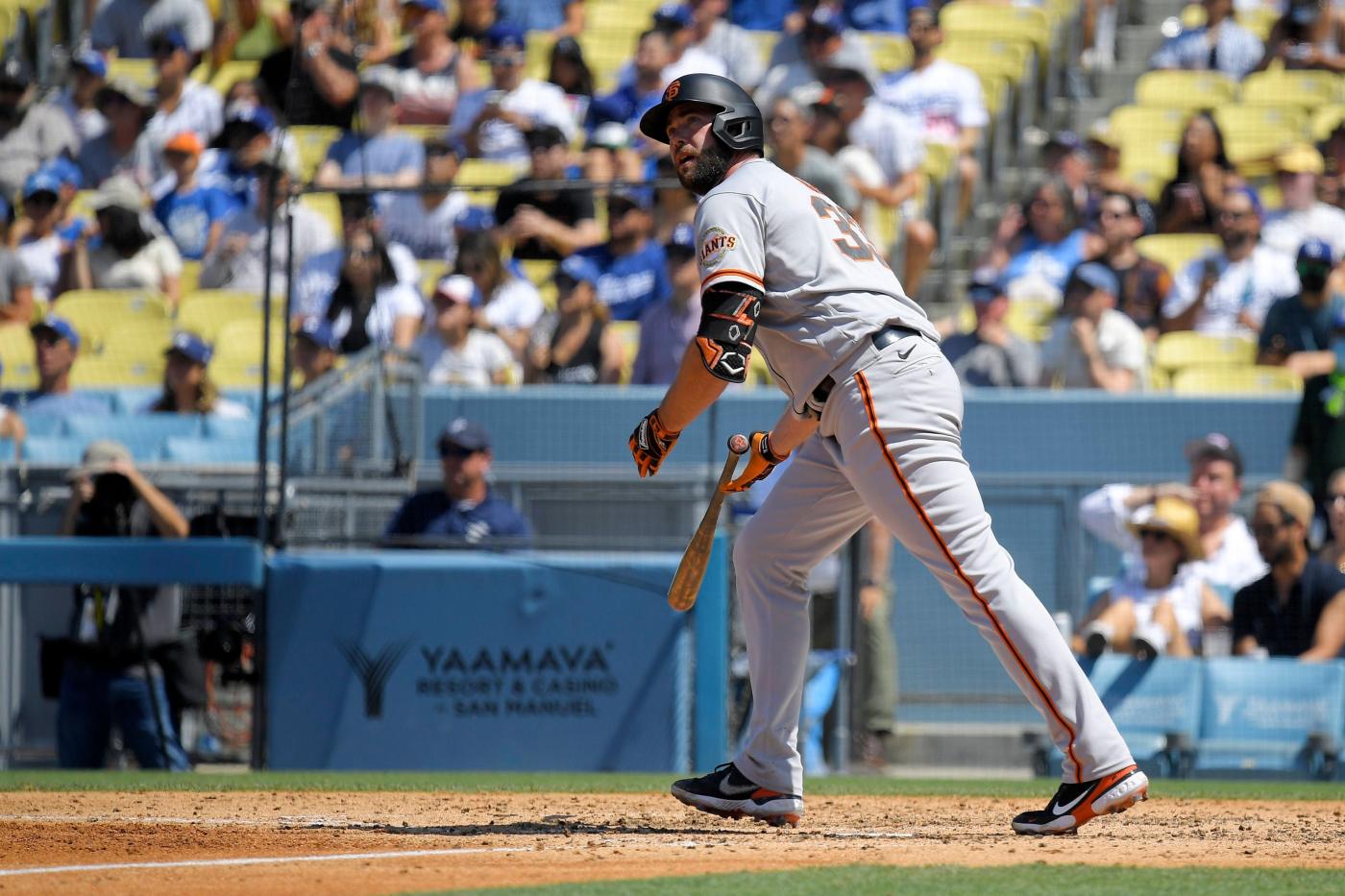 WASHINGTON, D.C. — Now that the dust has settled and it’s perfectly clear what the Mets did (and did not do) at the trade deadline, the team can move forward with integrating the new guys into their aspirational clubhouse.

To lean on an oft-used Buck Showalter phrase, the Mets will now look to get their arms around the two latest additions. Mychal Givens and Darin Ruf join earlier acquisitions Tyler Naquin and Daniel Vogelbach as the team’s prizes from an underwhelming, if logical, trade deadline harvest.

Familiarity seems to be a big part of this move, as general manager Billy Eppler shored up the bullpen with a Tuesday trade for one of Showalter’s best relievers from the Baltimore days.

There’s more to this move than just a reunion though. Givens is still a valid late-inning dude, but he’s not quite the same pitcher he was in his Oriole prime. Heading to the Mets with exactly 400 games of MLB service, the 32-year-old righty is experiencing a slight dip in velocity and has not inspired much confidence in his ability to get left-handed hitters out. The Mets only had to part with a Single-A pitcher to get him, though. Givens is also a free agent at the end of the year, so if the experiment doesn’t work, the club can easily wash their hands of him and move on.

Givens’ 2.66 ERA and 29.7% K-rate are still well above the 2022 league average for relief pitchers. His sidearm delivery makes him tough on righties, but lefties have been drawing walks and hitting home runs against him at an alarming clip. Look for Givens to be used as a medium-leverage reliever, one tier below the Edwin Diaz, Adam Ottavino and Seth Lugo group.

Ruf has played over 150 innings at both left field and first base this season, but for the foreseeable future, he will be the Mets’ designated hitter against lefty starters.

A right-handed power bat, Ruf slugged .519 for the Giants during the 2020 and 2021 seasons. That number has shriveled up to .373 this year as his exit velocity and hard hit rates have sharply declined. Ruf, 36, is still a useful MLB hitter though. He posted a perfectly fine 105 wRC+ in 314 plate appearances for the Giants, but when facing lefties he’s got a .252/.364/.523 slash line and much more alluring 151 wRC+. If you’re wondering why the Mets would part with J.D. Davis — who is seven years younger than Ruf and had two more full seasons of club control — it’s because of Ruf’s outstanding numbers against southpaws.

“I was really happy to put Vogelbach and Ruf together,” Eppler said on Tuesday. “We feel we’ve been able to really add, using two roster spots, an impact bat.”

Naquin had his best showing as a Met on Tuesday. In his third game with the club, he went 2-for-4 in their loss to Washington.

His best role—on a team as good as these Mets, at least—is as a fourth outfielder. Brandon Nimmo and Starling Marte are not going to budge from their spots in center and right field, respectively. What Naquin can do, though, is give them an off day when they need it. In left field, he provides a left-handed yin to go with Mark Canha’s right-handed yang, but that doesn’t mean he should get all the reps against righties.

Canha is a .301 hitter with a 139 wRC+ against right-handers, significantly better than this .223 and 93 off lefties. Those reverse splits mean that Naquin should be on the bench, emerging when the team needs a pinch hitter for someone like Eduardo Escobar or Tomas Nido. Naquin can run a little bit too (Statcast shows his sprint speed being in the 71st percentile), and with Travis Jankowski now out of the picture, Naquin is the team’s best current pinch run option.

The one who’s already made the biggest impact, Vogelbach is 6-for-21 (.286) with seven walks since playing his first game for the Mets on July 24.

He was the first of Eppler’s trade deadline moves, coming over for pleasantly surprising rookie reliever Colin Holderman. Vogelbach’s first week and a half with the club is a nice snapshot of what he provides. The abundance of walks gives him a .483 on-base percentage with the Mets, which will surely come down, but is exactly what he’s trying to do at the plate. Vogelbach’s whole offensive approach centers around making the pitcher throw the pitch that he is looking for. If he doesn’t get it, he just won’t swing.

Two of Vogelbach’s six hits for the Mets thus far have been doubles, and he’s already damaged a lot of baseballs. Those doubles were both off Marlins’ ace Sandy Alcantara and left the bat at 108 and 110 miles per hour. He also had a 106 mile per hour single off the Yankees’ Domingo German. While he hasn’t fully gotten a hold of one for his first Met home run yet, Vogelbach has shown the on-base, slugging and hard-hit prowess that made him the object of Eppler’s desire.