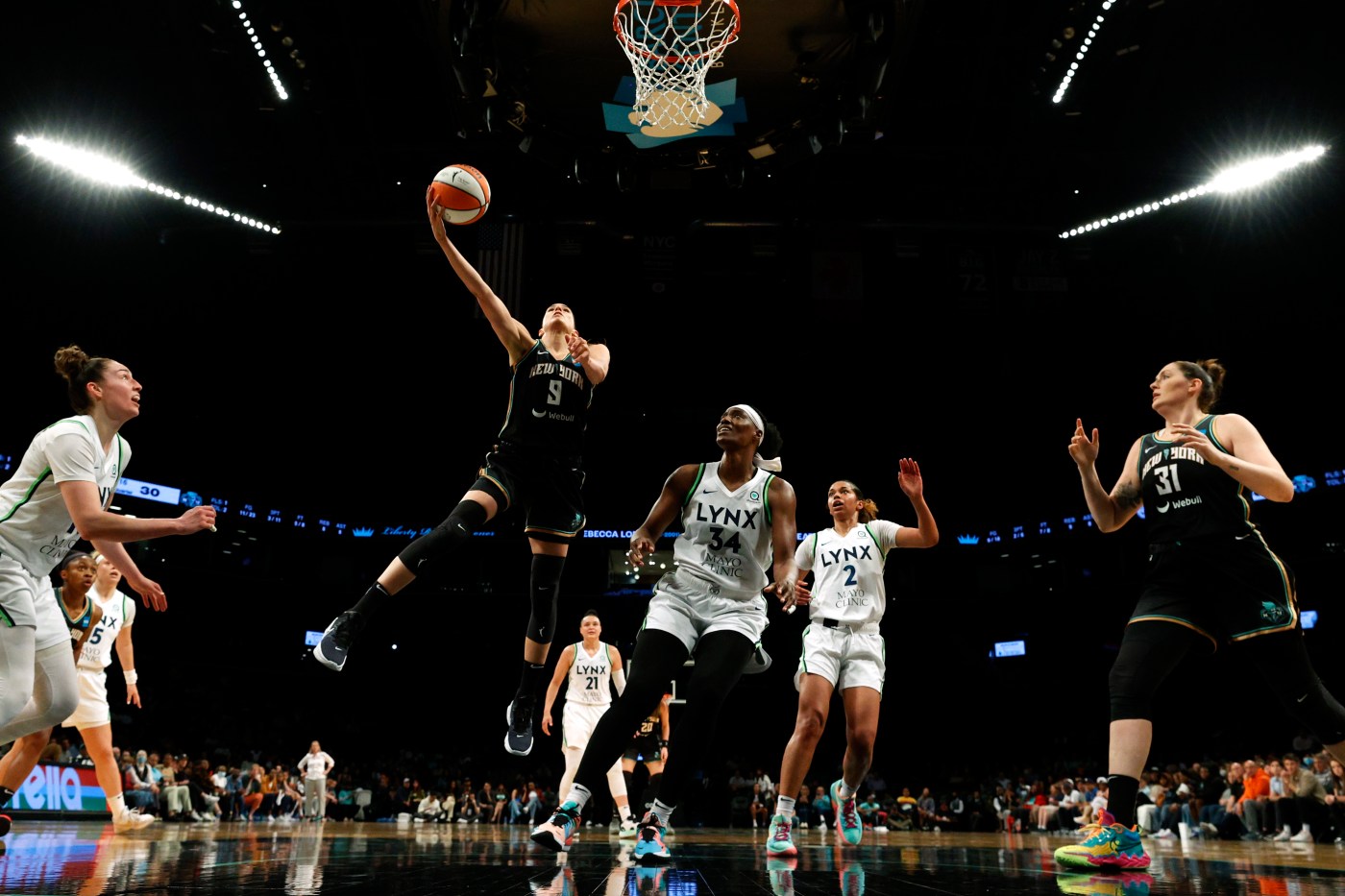 On a night when her team did a lot of things well, a few costly mistakes left Aerial Powers and her Minnesota Lynx teammates feeling frustrated Tuesday night.

The Lynx, who shot 51.5 percent from the field, led by seven at halftime and by two going into the fourth quarter, had a technical foul and pair of tough turnovers down the stretch as the Seattle Storm rallied to lead by as much as four, then held on to win 81-79 in a nationally-televised matchup at Target Center.

“It’s exhausting,” said Powers, whose team lost its fourth-straight game and fell to 3-12 overall this season. “It really is.

The Storm (9-5) were led by forward Breanna Stewart, the WNBA’s leading scorer, who finished with 29 points, including a layup with just over 42 seconds to go that put her team ahead to stay after Lynx forward Kayla McBride hit a 3-pointer to tie the game at 72.

But it was guard Epiphanny Prince, who came off the bench to hit four 3-pointers in the fourth quarter, that really made the difference for Seattle. She finished with 15 points on the night.

“They know that we don’t want them to take (3-pointers),” Lynx coach Cheryl Reeve said. “We had two miscues that (turned into) big 3s and they took the lead on it. Then they played from being in control at that point.”

The game was broadcast on ESPN, but lacked some of the star power it looked to have in advance. The Storm played without standout guard Sue Bird, who sat out with a non-Covid-related illness, while the Lynx continue to be without star Sylvia Fowles, who in her final season is out indefinitely with a cartilage injury in her right knee suffered in a loss at New York on June 7.

But it was the Lynx who grabbed hold of the momentum in the first half, finishing 21-for-37 (56.8 percent) from the field en route to taking a 46-39 halftime lead. Rookie forward Nikolina Milić, making her first career start, led the way for Minnesota with nine points and five rebounds in the first half while Powers had eight of her 10 points in the first two quarters of play.

“It’s a locker room that’s pretty crushed,” Reeve said. “It feels like maybe today we got an understanding of how hard we need to play. We’re dragging it out of them. They finally got a sense of what it feels like to actually be difficult to play against.”

The Lynx wore “We Are BG” shirts in warmups Tuesday, calling continued attention to the detention of Phoenix Mercury star Brittney Griner in Russia.

Seattle has now won 11 of its past 13 matchups against Minnesota.