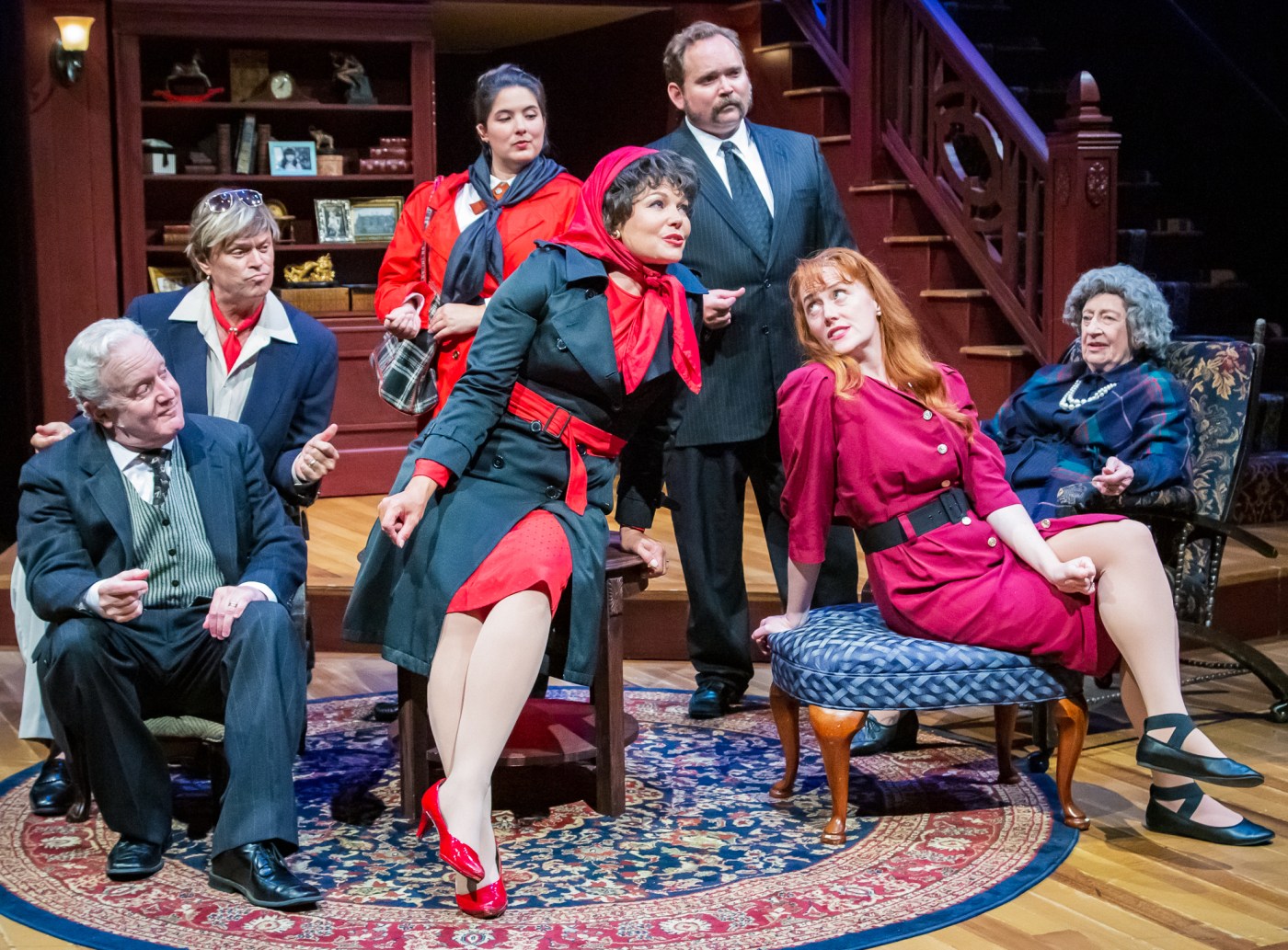 It seems such an unlikely recipe for a hit: Take one of the most notorious murders in Minnesota history and turn it into … a musical comedy?

Well, the true-crime story of the 1977 demise of Elisabeth Congdon and her personal care attendant in Duluth’s Glensheen mansion does hold many elements of a very dark comedy of errors. So one of Minnesota’s most prolific playwrights, Jeffrey Hatcher, set out to create a stage work about it in tandem with Chan Poling, former co-leader of local rockers the Suburbs.

So popular was their creation, “Glensheen,” that it was revived more than once at St. Paul’s History Theatre, and restaged this summer for an outstate tour, including a stop near the scene of the crime in Duluth. And now that production has returned to where the show first premiered in 2015.

If you haven’t seen this wild and wooly comic take on the tale, I’d recommend you do. It’s a tremendously entertaining show, a whirlwind of a musical that turns a comically cartoonish lens toward the scheme that (allegedly, evidently… OK, almost certainly) Congdon’s daughter, Marjorie, hatched to get her husband to murder her mother for an inheritance.

It’s easy to see why this is one of the most popular offerings in History Theatre’s 44 years of existence, for it fulfills the company’s mission in very fun fashion. It’s quite informative about the slice of history that is its focus while also taking some liberties for the sake of the story — and owning up to them before the show is done. And, in case you’re concerned, the murder victims are treated quite respectfully and compassionately, making clear that this is a comedy rooted in tragedy.

Not treated with quite so much respect is Marjorie Congdon, played with a rare combination of charm, vitriol and resentment by Jen Maren, who originated the role. We’re introduced to her strained relationships with her mother and sister, as well as the habitual spending problems that inspire the severing of the family purse strings, the news delivered by a dancing, suit-clad trio of trustees.

Ah, but then Marjorie enters into a “match made in Hell” when she meets Roger Caldwell, who proves an ideally oblivious foil for this femme fatale as played with convincing sincerity by Dane Stauffer. By intermission, the murders have happened, but Marjorie’s resulting court case becomes a show-stopping production number in which one of the grande dames of Twin Cities theater, Wendy Lehr, turns up the cynicism and showmanship for an over-the-top version of defense attorney Ron Meshbesher.

As the yarn unspools, things start to take a more serious turn, as victims and murderer are all increasingly humanized, and even Marjorie gets her turn to give voice to her troubled mind on a “Torch Song” delivered masterfully by Maren.

All seven cast members sink their teeth into their characters with a fine blend of realism and silliness, from Suzie Juul’s smilingly officious Glensheen tour guide to Sandra Struthers’ good-hearted sister to Randy Schmeling as the detective who cracks the case. And Gary Briggle is a standout, managing to make many a character both officious and ridiculous.

The action takes place on a Rick Polenek set that aptly evokes the grandeur of the titular mansion. Tinia Moulder’s choreography is a hoot. And Poling’s songs keep the show’s rhythm chugging along admirably, pausing for some quite lovely, sometimes heartbreaking ballads. They help make “Glensheen” a quite unique piece of theater that richly deserves the success it’s found.

Capsule: As musical comedies go, it’s a dark one, but it’s relentlessly enjoyable.

Rob Hubbard is a Twin Cities arts writer. Reach him at wordhub@yahoo.com.