Howard Mohr, author of “How to Talk Minnesotan,” has died at 83 – Twin Cities 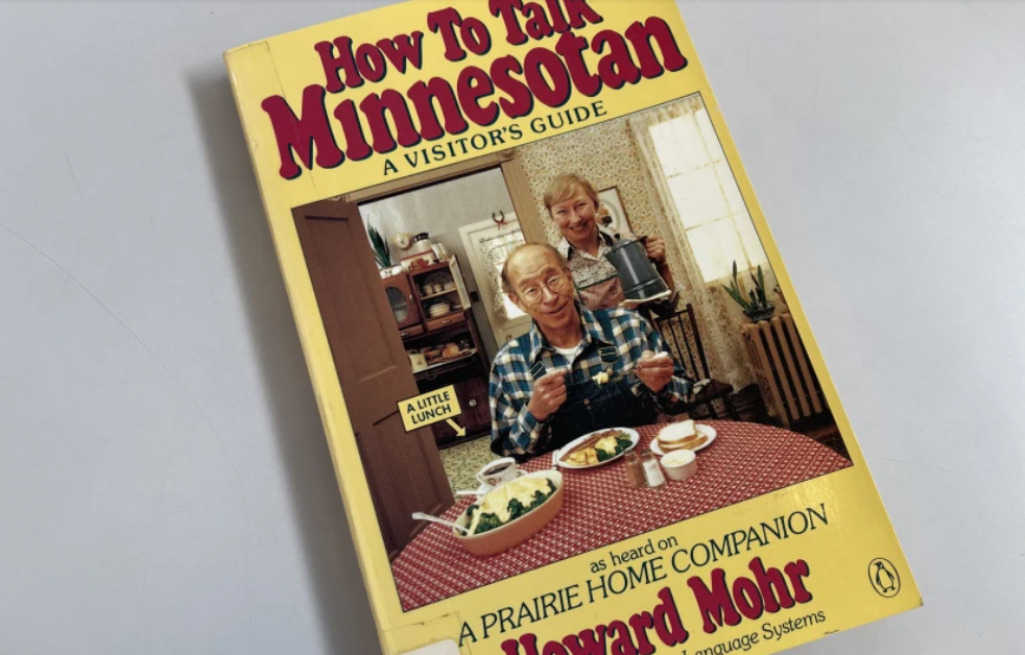 Note: Howard Mohr, the author of “How to Talk Minnesotan” — a humorous “visitor’s guide” that was first published in 1987 — has died at 83.

DULUTH — In 1987, the year my family moved from Duluth to St. Paul, a slim paperback book with a hungry farmer on the cover became suddenly ubiquitous. That Christmas, it seemed like everyone who didn’t already have one received a copy of “How To Talk Minnesotan.”

Howard Mohr’s satire couldn’t have arrived at a better time to make a splash. The author’s principal calling card was a history of involvement with “A Prairie Home Companion,” and Minnesota was enthralled with the way that show’s creator, Garrison Keillor, had risen to celebrity via low-key stories of small-town life in the North Star State.

It was just a year before the Minneapolis Sculpture Garden opened, with “Spoonbridge & Cherry” becoming instantly iconic as a new local view — and the Minneapolis skyline was changing, with the Wells Fargo Center also opening in 1988 to nearly match the IDS Tower in height. Pop music was chasing Prince’s fresh “Minneapolis Sound,” and in the most recent presidential election, Minnesota had produced a major-party nominee.

(Granted, in the general election, Walter Mondale won only his home state, but that was still one more state than Gary Hart carried against Ronald Reagan.)

Flush with a sense of national relevance, many Minnesotans found it safe and comforting — not to mention unexpectedly lucrative — to simultaneously embrace a regional identity as the land of plain-spoken Scandinavian farmers. Keillor’s book “Lake Wobegon Days,” published in 1985, sold over a million copies worldwide, affirming the hunger for gently self-deprecating Minnesota humor.

“How To Talk Minnesotan” hit print in that era, but it was never meant to hit the “Lake Wobegon” sales numbers. While it trafficked in a lot of the “Prairie Home” tropes — faux ads promoted Raw Bits cereal and Baxter Bus Tours of Minnesota (“complimentary Minnesota breakfast, complimentary Minnesota nap”) — “How to Talk Minnesotan” hit its sweet spot with local audiences who recognized the real insights behind Mohr’s “language guide.”

The book’s first lesson introduced readers to “the three workhorses of Minnesota conversation”: “You bet” (“if you can’t think of anything else, say ‘You bet’”), “That’s different” (“a blanket reply on neutral ground, with the mere suggestion of opinion”) and “Whatever” (“expresses emotional turmoil of many varieties”).

“How To Talk Minnesotan” was successful enough to spawn a sequel (“A Minnesota Book of Days,” 1989), a public TV special (1992), a musical (1997) and a “revised for the 21st century” reissue (2013). By the time of the latter, though, Mohr’s not-so-hot takes on topics like smartphones and social media had more to do with the author’s advancing age than with his regional identity.

Today, the entire project of simultaneously promoting and lampooning Minnesota’s identity as a land of Norwegian bachelor farmers is well past its expiration date.

Keillor, exiled from public radio in the wake of sexual misconduct allegations, is now playing small theaters to audiences of die-hard fans rather than headlining the Minnesota State Fair Grandstand. In today’s pop culture atlas, Keillor’s Lake Wobegon shares an appendix with Woody Allen’s Manhattan. Given that reality, what’s remarkable about “How To Talk Minnesotan” is how well so much of it holds up.

Lutefisk gets an entire chapter, true. Entries about, say, Minnesota poker parties (“If nobody has heard the one about the one-legged Norwegian with priapism, the game stops”) don’t necessarily recommend the book today. Still, the guide resonates beyond the stale Scandinavian stereotypes.

The book grew out of a series of “Minnesota Langage Systems” bits Mohr wrote for “A Prairie Home Companion.” In an introduction to the revised edition, the author explained that he was inspired by a German phrase guide for English-speaking visitors. “Hey!” Mohr recounted thinking. “Why not write a visitor’s guide for Minnesota?”

“How To Talk Minnesotan” gave Mohr an opportunity to explore, at book length, the various dimensions of what gets alternately celebrated and (now, more commonly) reviled as “Minnesota nice.” In Mohr’s account, Minnesota sociability is founded on a stoicism born of the need to outlast brutal winters, tempered with a generosity that can be expressed as stridently as anything else in the “Minnesotan” vocabulary.

Mohr warned visitors that in Minnesota, sharing a meal often becomes an epic struggle between a guest who has the obligation to refuse (“abrupt and eager acceptance of any offer is a common mistake made by Minnesota’s visitors”) and a host who has a surpassing obligation to insist (“Why don’t you eat it? Go ahead. Then we can wash the pan”). When the meal is finally through, there’s a Minnesota Long Goodbye — a multi-step procedure hinging on the non-negotiable finale, where “the departees are in the car and the hosts are at the open driver’s window, bent over.”

Throughout the book, Mohr’s motif is that Minnesotans are extraordinarily reluctant to speak directly. Lesson 2 is titled “The Power of the Negative,” and counsels that “Minnesotans prefer to express their positive feelings through the use of negatives, because it naturally levels things out.” Could be worse.

A chapter on body language begins with the rule, “Two standing Minnesotans never face each other during conversation.” A chapter on the phrase “I don’t know” recommends its use to temper any statement that might be seen as too forthright. Mohr explains that it’s in best taste simply to imply an opinion, without explicitly stating one: “Did you see who’s running for governor? I don’t know.”

It’s all well and good, of course, not to state a strong political view when you’re a member of a privileged group who benefits by the maintenance of the status quo. “How To Talk Minnesotan” landed in an era where it seemed to a lot of Minnesotans like a jolly lark to uncritically conflate “fourth generation Norwegian immigrant” with “Minnesotan.”

At the same time, when you strip away the ethnic trappings, Mohr’s book stands as the work of a writer who had an acute ear for how a certain, then culturally dominant, strain of Minnesotans engineered their social interactions. In that sense it’s an essential document of a certain time and place in the state’s history: the book never was “How To Talk Minnesotan,” truly, but it did describe how a lot of Minnesotans talked.

The author was a scholar, teaching English at Southwest Minnesota State University. He was also, at one point, a Minnesota newcomer: he was born in Des Moines. In poking gentle fun at his adopted state, Mohr captured the angst of social interaction in some ways that remain specifically Minnesotan and in others that are simply human.

His section on “Talking Money,” for example, still holds up in the Venmo era. (“You must’ve worked an hour out there in the cold.” “I worked two and a half hours out there in the cold, Arnie, but I’m not gonna take your money.”) If you visit the State Fair, you can still see tens of thousands of Minnesotans dutifully following Mohr’s rules of elliptical body language. Even some of Mohr’s specific phrases are still handy, you bet.

“When I have been introduced to strangers, especially Minnesotans,” Mohr wrote in 2012, “it is not unusual for them to say after a momentary pause, ‘You’re the guy who wrote that book.’ I am fond of that tag, as you can imagine.”

As legacies go, that’s not too bad a deal.