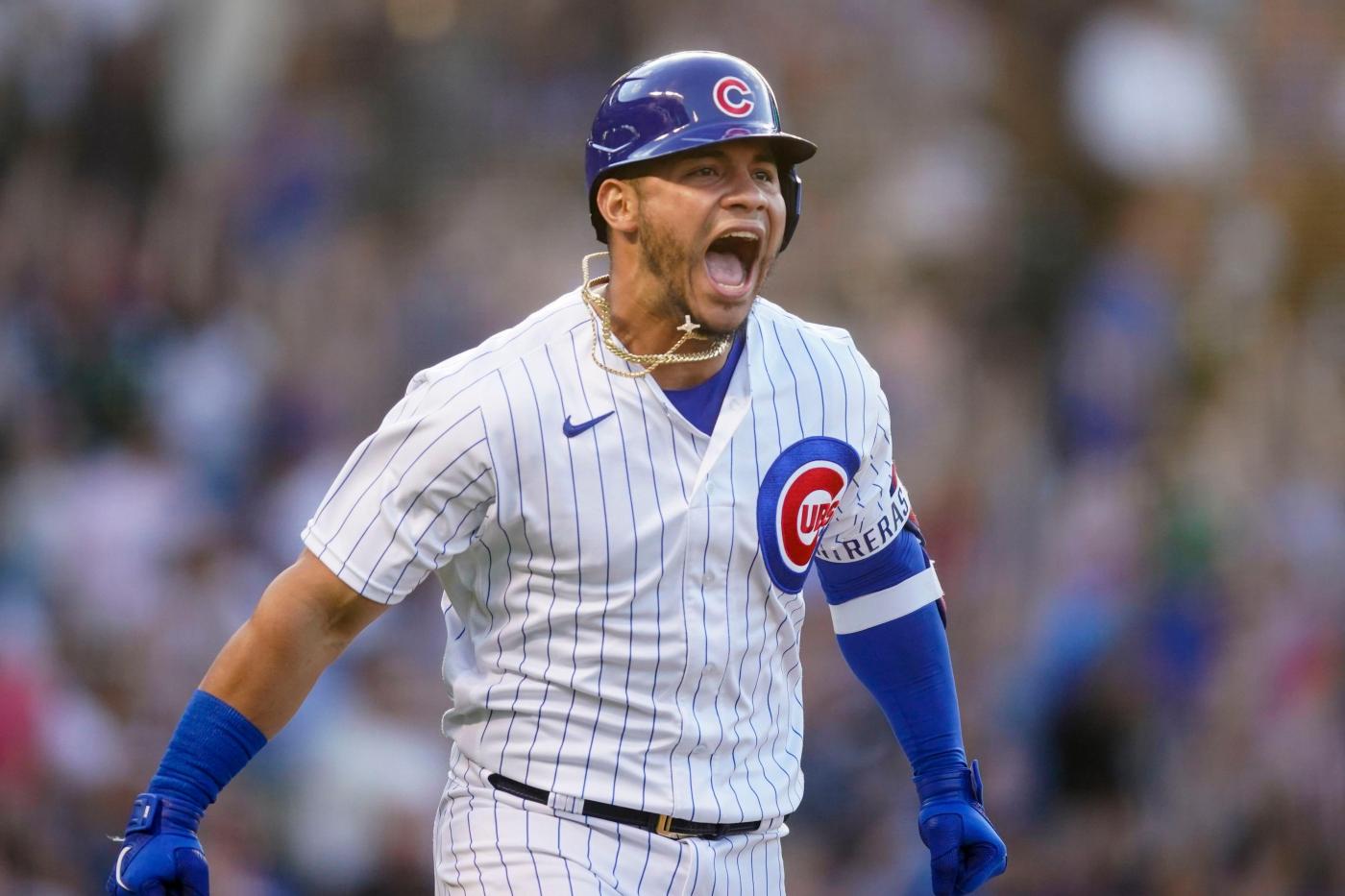 At this time next month, Willson Contreras might be wearing a different major-league uniform.

If he has his way, though, the Chicago Cubs catcher won’t be going anywhere. Thirteen years after signing with the organization as a teenager from Venezuela, Contreras is a three-time All-Star. Fans voted Contreras as the National League starting catcher for the Midsummer Classis on July 19 at Dodger Stadium.

A grateful Contreras was in disbelief Friday afternoon, minutes after manager David Ross announced the news in the clubhouse before the Cubs’ 4-3, 10-inning loss to the Dodgers.

“He deserves everything coming his way, he’s done a phenomenal job for us,” Ross said.

Contreras said he works every year to make an All-Star team. This marks his third All-Star Game start, making him only the second Cubs catcher to accomplish the feat, joining Gabby Hartnett (1934, 1936-37).

“This means everything to me, being here 13 years,” Contreras said. “I’m really thankful and proud of everything that I’ve done here.”

Contreras has remained diplomatic and transparent since spring training about his future with the Cubs. An impending free agent, Contreras saw what happened with his 2016 World Series teammates a year ago at the trade deadline. Contreras frequently has discussed his approach to take the season day by day and not look too far ahead. But he understands that without the sides reaching a contract extension before the Aug. 2 trade deadline, his time in Chicago is likely nearing its end.

It makes this All-Star Game, possibly a last hurrah with the Cubs, extra meaningful.

“I hope this is not my last time wearing the Cubs jersey, to be honest,” Contreras said. “I don’t see myself going anywhere else, but this is business and we will have to understand the business now. If the Cubs can get a really good package for myself, they’re going to do it. If they don’t do it, I’ll be more than thankful and proud to stay here with the Cubs and my teammates.

“But as of right now, I don’t see myself wearing another uniform.”

Contreras, 30, has made his desire for his baseball future clear.

“I would love nothing more than play for the Chicago Cubs the rest of my life,” Contreras said. “Obviously those kind of things are out of my control, but I’m really excited and proud and humbled to be a Chicago Cub.”

However, barring contract talks over the next 3½ weeks leading to a long-term deal, Contreras will not be a lifelong Cub. Fans will be forced to watch another All-Star and World Series champion depart as the organization rebuilds and overhauls a roster that delivered five postseason appearances in six years. Contreras is seemingly willing to stick through what is positioned to be a challenging stretch for the organization.

Contreras’ career year offensively coincides with fewer innings behind the plate thanks to having a reliable backup in veteran Yan Gomes and the addition of the designated hitter to the NL. Ross pointed to Contreras’ production getting a boost from his body being fresher and having his legs underneath him more consistently.

“He’s gotten a ton of love and recognition for being an All-Star outstanding player,” Ross said. “You don’t get it for one facet. He’s a complete player.”

Contreras hopes his brother, William, will also receive a spot on the NL All-Star team after finishing second to Bryce Harper for the starting DH spot.

For now, he is trying to stay in the moment.

“It’s overwhelming for sure, I have a lot of things in my head right now,” Contreras said. “I’m really proud of everything.”