If Kenta Maeda returns from Tommy John surgery this season, it won’t be as a starter – Twin Cities 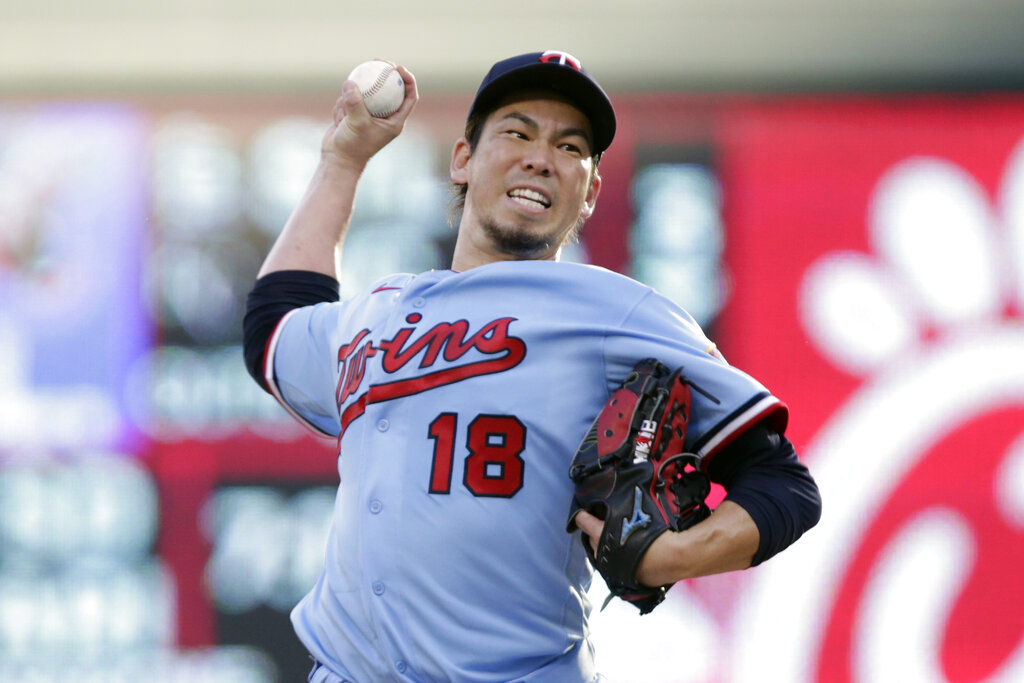 Kenta Maeda threw a bullpen session on Tuesday and hit 85 mph with his fastball for the first time since well before he had ligament replacement surgery on Sept. 1, a positive milestone for the Twins right-hander.

“Throwing 85 mph yesterday was one of the goals, and I was able to hit that, so that’s a good sign,” Maeda said Wednesday before the Twins completed a two-game series against the Milwaukee Brewers at Target Field.

If his rehab continues apace, it’s possible he could join the Twins’ bullpen for the stretch run, the likeliest scenario if Maeda is able to pitch at all this season. A Cy Young Award finalist in 2020, Maeda hasn’t pitched since throwing 4⅓ innings of a 7-1 loss to the Yankees on Aug. 21.

“Given the timing of the season, late season, for the potential comeback, it’s much less likely to come back as a starter,” he said. “Obviously, I’ll start in the minor league rehab starts, but to pitch at the big league level as a starter, that’s probably unlikely. So, most likely out of the ’pen if I were to even come back this season.”

A lot would have to go the right way for that to happen. Beyond Maeda’s health, the Twins would have to be in position to make the playoffs.

“After Sept. 1 is when I can come back, I guess,” Maeda said Wednesday through interpreter Dia Sekizaki. “I think it really comes down to how I’m pitching in the rehab starts, where the team is. The team’s doing really well with our record this year, so I think it’s going to be a long season going forward. I like to pitch, but I guess we’ll reassess when that time comes.”

Another factor would be whether Major League Baseball allows teams to carry more than 13 pitchers when active rosters expand to 28 after Sept. 1 (and 29 for double headers). A pitcher coming back from Tommy John surgery wouldn’t be expected to pitch on consecutive days, or even more than once in three days. That would make it difficult for a pitcher to keep a bullpen spot.

Maeda has been rehabbing at Target Field for the past several weeks just to be around the team – “It just motivates me to do the rehab stronger and I want to do better,” he said – but is scheduled to fly back to the Twins’ complex in Fort Myers, Fla., after next week’s all-star break.

He said he has thrown four bullpen sessions since July 3 and hopes to start facing live batters in August. Right now, Maeda said, he’s throwing at about 8-0 percent intensity.

“At this point, it’s just getting the feel of throwing off the slope,” he said. “Once I start (facing) hitters, then I think, gradually, it’ll go towards 100 (percent).”

The Twins activated right-handed reliever Joe Smith (trapezius) from the injured list before Wednesday’s game. To make room on the active roster, the team optioned Josh Winder to St. Paul.

The move is an indication that the Twins are interested in using Winder exclusively as a starter. It also indicated that Chris Archer, who threw three innings of a simulated game on Tuesday, will start Sunday against the White Sox when he’s eligible to come off the injured list (hip tightness).