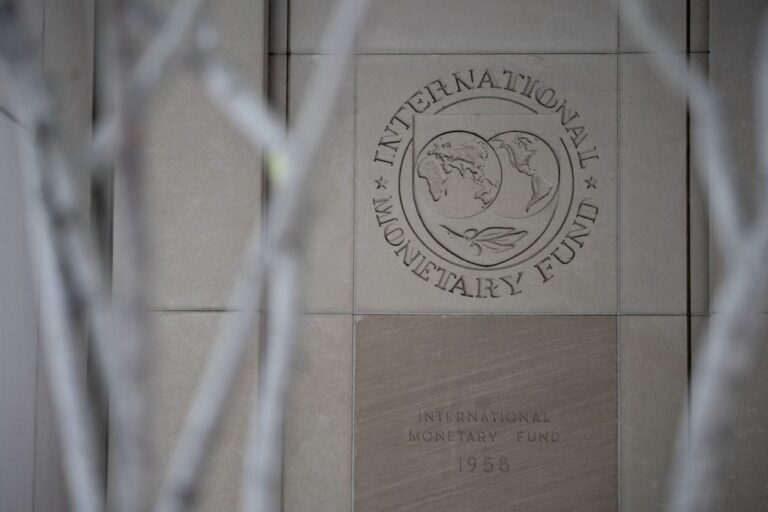 The International Monetary Fund delivered a stinging rebuke of the UK’s new unfunded tax cuts by calling them excessive and in need of revision, adding to criticism of a plan which has sent the pound to a record low.

“Given elevated inflation pressures in many countries, including the UK, we do not recommend large and untargeted fiscal packages at this juncture, as it is important that fiscal policy does not work at cross purposes to monetary policy,” a spokesperson for the Washington-based lender said Tuesday in a statement. “Furthermore, the nature of the UK measures will likely increase inequality.”

The IMF said that Chancellor Kwasi Kwarteng should use a plan scheduled for release in November to “consider ways to provide support that is more targeted and re-evaluate the tax measures, especially those that benefit high-income earners.” 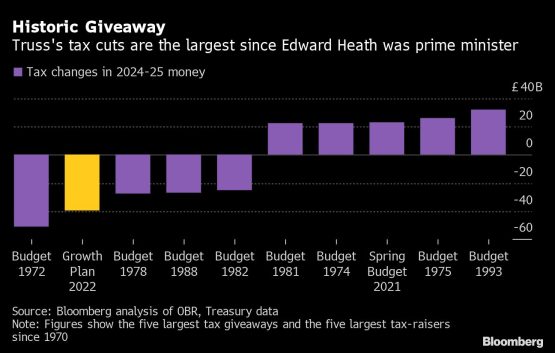 Prime Minister Liz Truss’s decision to cut taxes by the most since the early 1970s and cover them via borrowing at a time of surging inflation has rattled financial markets and drawn concern from international policy makers and economists.

“We are closely monitoring recent economic developments in the UK and are engaged with the authorities,” the IMF said.

The critique came hours after billionaire investor Ray Dalio said on Twitter that the UK government is “operating like the government of an emerging country.”

The panic selling you are now seeing that is leading to the plunge of UK bonds, currency, and financial assets is due to the recognition that the big supply of debt that will have to be sold by the government is much too much for the demand. (2/5)

On Monday, Federal Reserve Bank of Atlanta President Raphael Bostic said “the proposal has really increased uncertainty and really caused people to question what the trajectory of the economy is going to be.”

Martin Muhleisen, a former director of the IMF’s strategy, policy and review department, said “it is rare for the fund to comment on large members’ economic policies outside the context of its annual Article IV consultations,” referring to the fund’s yearly evaluations of its countries.

“The fund was relatively silent in the run-up to higher inflation in advanced economies, but it is appropriate to point out that fiscal discipline will have to play a part in bringing it down again,” he said.

The IMF and UK have a complicated history. The country secured a loan of about $4 billion from the lender in the 1970s amid a plunging pound and surging inflation, while more recently they have been at odds over the budget austerity imposed following the 2009 recession and then over the country’s divorce from the European Union.

Kwarteng is so far sticking by his proposals.

He told a meeting of leading financiers that he was confident his approach “will work,” according to a readout from the Treasury. “We are committed to fiscal discipline,” he said.

By the time that plan is released in November, interest rates are almost guaranteed to have been increased. Bank of England chief economist Huw Pill said on Tuesday that the fiscal announcement and the market reaction to it required a “significant” monetary policy response.