In wild-card race, Orioles’ performance against left-handed pitchers could be the difference – Twin Cities 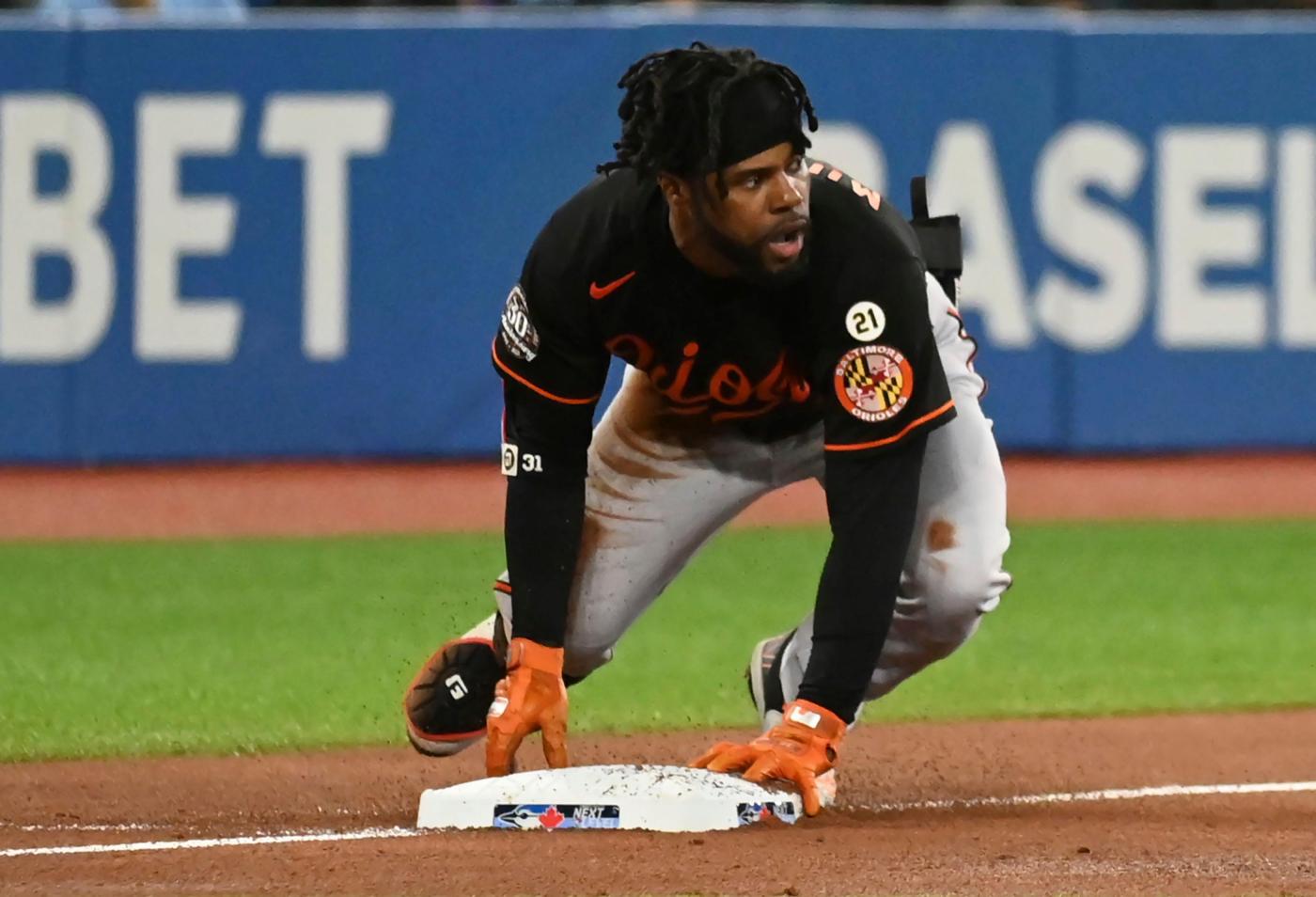 Brandon Hyde has avoided these types of matchups lately. The Orioles manager has sat outfielder Cedric Mullins against the last five left-handed starters Baltimore has faced, and Hyde said Wednesday that Mullins hasn’t looked as “comfortable” against southpaws this season.

But with left-hander Yusei Kikuchi coming out of the bullpen Friday for the Toronto Blue Jays, Mullins strode to the plate against a southpaw in the fourth inning. And after six pitches, Mullins stood on third base, having driven a triple into the right-center gap for just his ninth extra-base hit against a left-hander this season.

Putting too much stock into one at-bat can be a fool’s errand; after all, Kikuchi has been relegated to a bullpen role for Toronto because of how erratic he’s been. But when rookie catcher Adley Rutschman hit his first home run from the right side of the plate in the 6-3 loss, the breakout plays from the pair of stars provided something long unseen.

For so much of this season, Mullins and Rutschman — two of the Orioles’ best hitters — have struggled against left-handed pitching. With consecutive blasts, one finding the gap and the other leaving the yard, there’s a sign of hope. As the Orioles embark on the final 19 games of a postseason push, any improvement against southpaw pitching could go a long way.

Entering Friday, Baltimore’s .229 batting average against left-handers is the sixth lowest in the majors. The team’s .678 OPS against southpaws is the eighth lowest. And the Orioles’ weighted runs created plus (wRC+) of 94 is below average across the league. Few teams strike out as much as Baltimore does against lefties (24.9%).

That extends to Mullins and Rutschman, who often lead the lineup and have generated the most wins above replacement on the team.

Yet their numbers are vastly different against left-handers, with Mullins adapting to his second year of facing left-on-left matchups after giving up switch hitting and Rutschman still finding his footing from the right side as a switch hitter.

It’s an interesting development after Rutschman raked from the right side at the Double-A and Triple-A levels in 2021, posting a .350 average as a right-handed hitter compared with a .256 average as a lefty.

When Rutschman turned on a fastball from Kikuchi and lashed it down the left field line to give the Orioles a 2-1 lead Friday, it marked the rookie’s first major league homer as a right-handed hitter. He entered Friday with an .886 OPS against righties and a .517 OPS against lefties, providing just five extra-base hits against southpaws before that long ball.

Mullins has struggled in a similar fashion, hitting .812 against righties yet .554 against lefties. Those splits have led Hyde to sit Mullins, a 2021 All-Star, against left-handed starters of late; the last time Mullins started against a lefty was Aug. 8 against Kikuchi.

“I’ve been working on it the entire year, regardless of whether I get the start or not,” Mullins said. “Just always being prepared, and I was able to get a good swing on it.”

Hyde has also credited outfielder Ryan McKenna as a reason he feels more comfortable to leave Mullins on the bench against a left-hander. McKenna plays plus defense in center field, and he holds a .792 OPS against lefties this year.

“I think that Ced going forward could go back to being able to stay on left-handers a little bit better,” Hyde said. “Seems like there have been a lot of sliders away that he’s had trouble with, but I think he’s going to be fine going forward.”

In Mullins’ second matchup against a left-hander Friday, Tim Mayza forced him to groundout to first base. Rutschman struck out. But their first matchup against Kikuchi is a glimmer of what’s possible.

While it came against lesser competition in the minor leagues, Rutschman has shown he can excel on either side of the plate. And Mullins, who hit .277 against lefties last year, is experiencing the struggles that come when pitchers make adjustments. But Mullins is convinced he’ll catch up soon.

“I feel like I’ve been slowly making progress,” Mullins said. “And regardless of how the year finishes left-on-left, I know what I’ll be focused on and just go from there.”