Incompetence In Action: Attorney Says Cop Who Fatally Shot Unarmed Donovan Lewis In Bed 'Believed His Life Was In Danger' 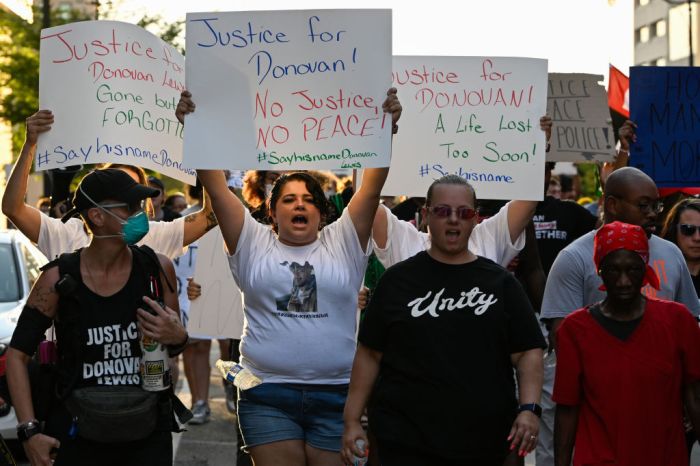 They’re not even trying to make good excuses anymore. Source: Gaelen Morse / Getty Last week, BOSSIP reported that Officer Ricky Anderson an unarmed Black man in the early hours of August 30 in Columbus, Ohio. Police arrived at Donovan Lewis’ apartment at 2 a.m. to serve a felony domestic assault warrant. The 20-year-old was unarmed in bed with nothing but a vape pen when Anderson fatally shot him. Like clockwork, WSYX reports the cop fired immediately at the unarmed man because he “believed his life was in danger.” An attorney for the Columbus officer who shot and killed Donovan . . .