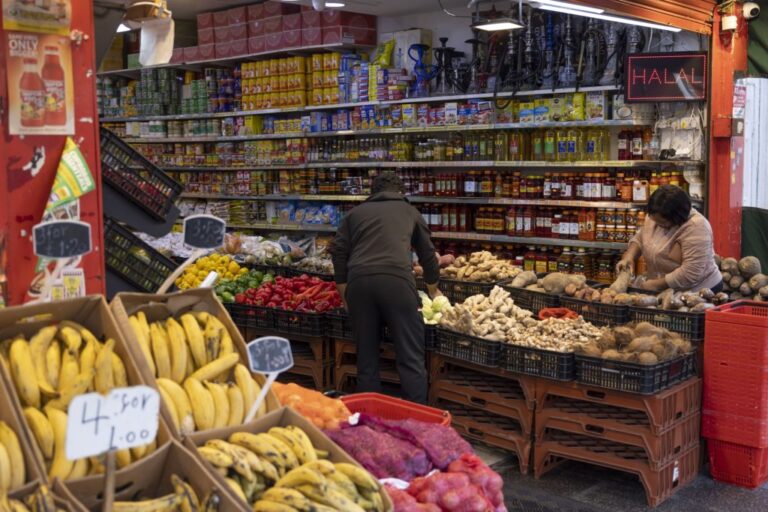 The British Retail Consortium said shop price inflation accelerated to 5.7% in September, topping the previous 5.1% record increase in August. This is the highest level of inflation since the index began in 2005 as retailers increasingly pass on their surging costs to consumers.

Food bills are rising the most, with inflation hitting 10.6% in September, from 9.3% the previous month, according to NielsenIQ, which produces the data for the BRC. The war in Ukraine, adverse weather events, and higher prices of animal feed and fertilizer continue to put pressure on shelf prices, particularly for items such as margarine, said Dickinson.

Aldi said Monday that the growing cost-of-living crisis means more British customers are now visiting the grocery discount chain as their first and only supermarket as they shop around for cheaper prices on food.

Shoppers hunting for non-food items, such as gardening and home products, also faced higher prices with inflation accelerating to 3.3% in September, up from 2.9% in August. Bulky items, such as sofas and garden furniture, have been harder hit by rising transport costs.

The fresh surge in inflation at a time when the pound is languishing at record lows will further damp consumer sentiment. Data from NielsenIQ show that 76% of consumers say they expect to be “moderately or severely affected” by the cost-of-living crisis over the next three months, up from 57% in the summer.

“So households will be looking for savings to help manage their personal finances this autumn and we expect shoppers to become more cautious about discretionary spend, adding to pressure in the retail sector,” said Mike Watkins, head of retailer and business insight at NielsenIQ.

The St. Paul police union president said Friday that a sergeant protected himself and others…

Can the Golden Globe Nominations Give the Hollywood Foreign Press Association Some Credibility?