Is Warriors’ staying power what Pat Riley was preaching to LeBron James with Heat? – Twin Cities 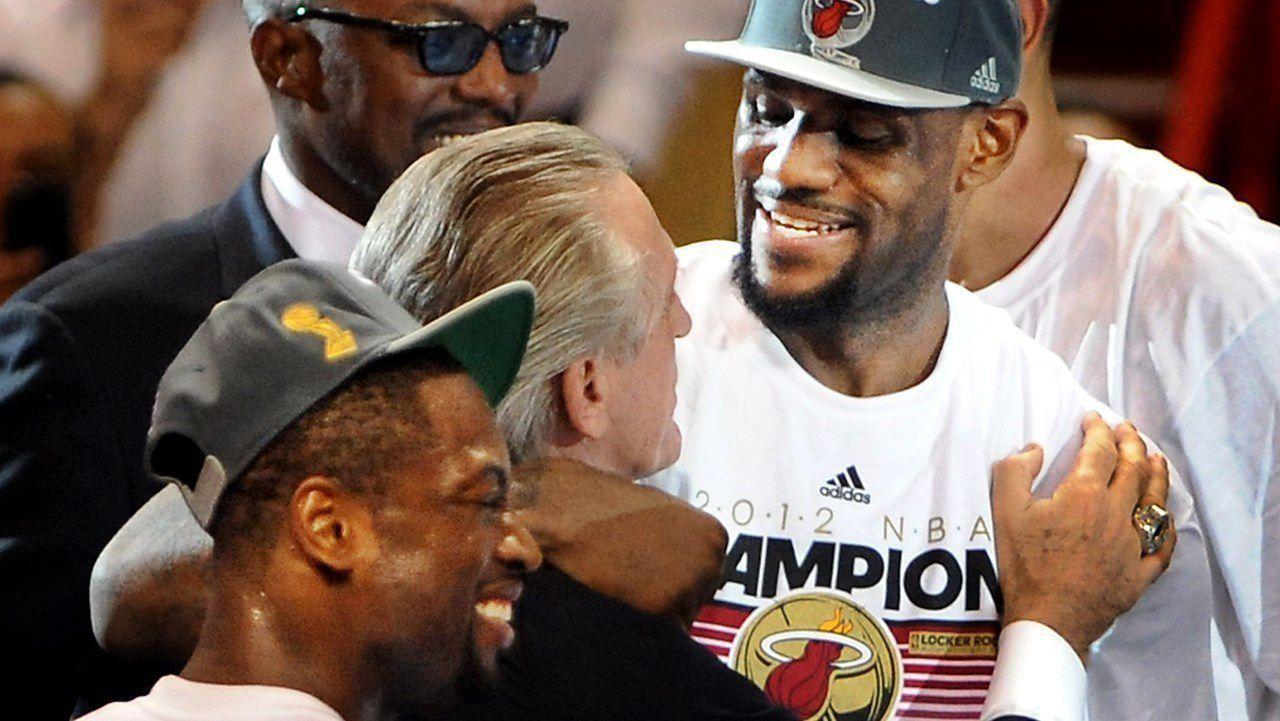 Q: Great story about the Golden State Warriors getting back to the mountaintop. That was really Pat Riley’s message to LeBron James and the 2014 Heat. A generational dynasty. Take away the noise. – Stuart.

A: Good point. But the reality is that LeBron James also saw an aging Dwyane Wade at the time, as well as other older players surrounding him with the Heat. He also saw the opportunity to play with Kyrie Irving and Kevin Love back home in Cleveland. I’m not sure that Steph Curry, Klay Thompson and Draymond Green ever saw greener pastures. In fact, when Kevin Durant did, he ultimately wound up further from championship contention. I still believe that moving on from Mike Miller out of concern with the luxury tax was a rare Heat misstep, not because of the player lost, but because of the impression left with LeBron. The Warriors, by contrast, spent into the tax stratosphere for this title and appear poised to do the same going forward. Still, Pat Riley’s words still resonate from that June 2014 season wrapup when he said in reference to the Showtime Lakers championship teams he coached after they lost, “They didn’t run, They didn’t win. You’ve got to deal with it. You’ve got to come back. . . . Winning is hard. You live where you are. You ‘re-tool’ you don’t ‘rebuild.’ You stay together.” Then LeBron left, while Steph, Klay and Draymond stayed.

Q: If there ever was a lesson on keeping turnovers down, it was in the Celtics’ NBA Finals loss to the Warriors, especially in the deciding Boston loss at home in Game 6, committing a whopping 23 of them. I hope the Heat are paying attention. – Roland, Borrego Springs, Calif.

A: Which is why the Heat got Kyle Lowry, to get a true point guard who can make the right play at the right moment. And then Kyle got hurt and everything came to a crashing halt on that end of the court. Still, in watching the Celtics and Marcus Smart struggle to get into offense, the thought was how someone like Kyle was the very type of player the Celtics were missing.

Q: Steph Curry echoes what Dan Marino used to say, that you cannot defend a perfect pass or in Curry’s case, the defensive player of the year is hapless against an elite offensive player that can score at all three levels. Tyler Herro, hope you took notes. – Brian, Fort Lauderdale.

A: Tyler Herro never will be bombing away from 28 feet. But he certainly can become more complete with his repertoire. What Stephen Curry showed is that being good at offensive elements is not enough for a nominal defender at the NBA level – you have to be great. Also worth noting is that few, if any, ever have been what Steph is on that end of the court.