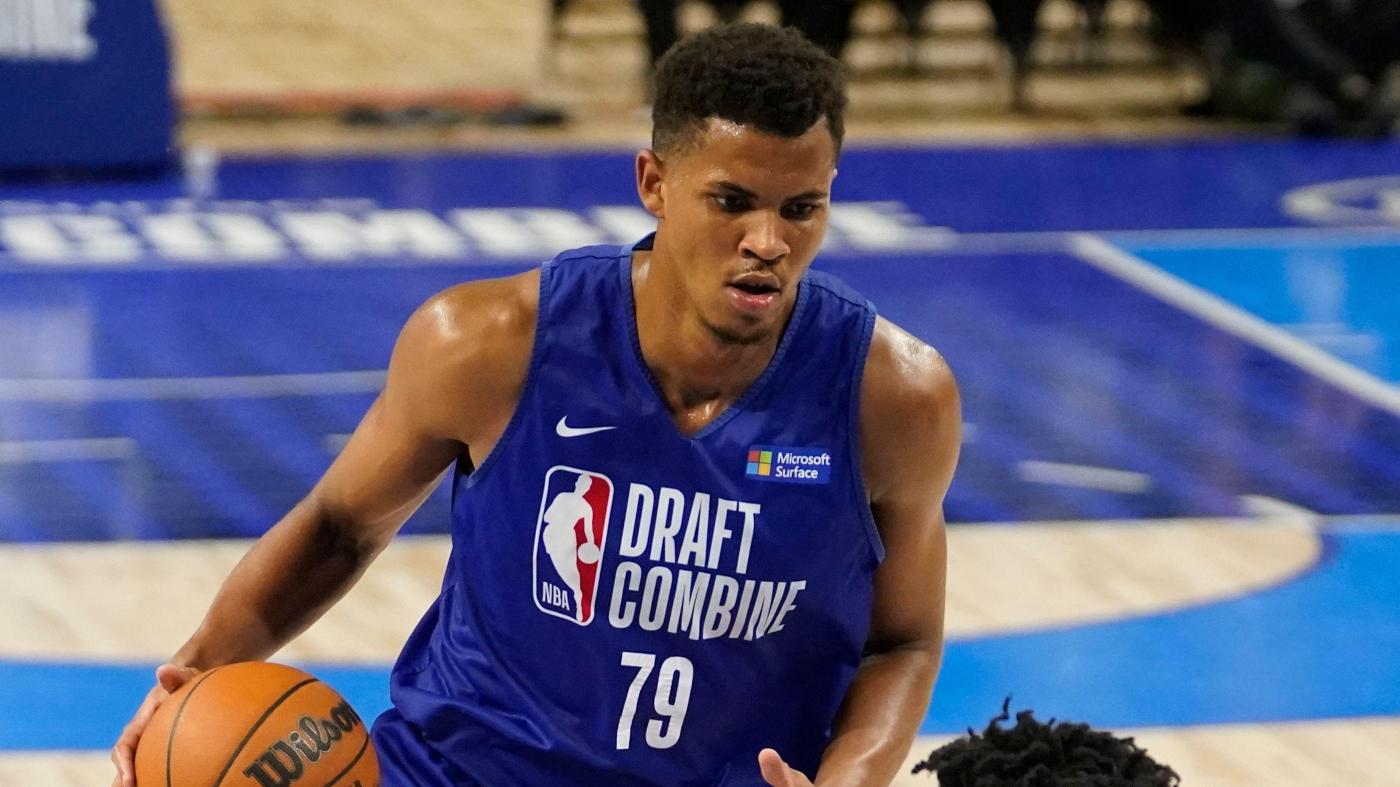 It has been a Miami Heat speciality for years, the development of contributing out-of-nowhere centers.

That is the lineage that has preceded Orlando Robinson. It also is among the reasons the undrafted big man out of Fresno State jumped at the opportunity to possibly be next.

“I’ve heard a lot about how Pat Riley and the Miami Heat develop players,” Robinson said amid the Heat’s schedule at the Las Vegas Summer League. “Just seeing that and just knowing my own nature, I felt like Miami’s a really good fit for me.”

So do the Heat, last week’s agreement to an Exhibit 10 contract with the 6-foot-11 center giving him an opportunity to continue on in training camp and then possibly in their developmental program.

“He had a really good camp, and in a couple of games he’s grown,” said Heat assistant coach Malik Allen, who is guiding the team’s summer roster. “You keep putting in the work day by day and it’s just about getting adjusted to our level.

“It’s a little different style from where he’s just having the ball come find him all the time. And he’s really adjusted to it well. He draws attention and he’s got good, soft hands. He can catch and finish. And he’s got some skill, too, that he’s going to keep developing.”

So who is Orlando Robinson? An All-Mountain West first-team selection and Defensive All-American, who last season joined Frank Kaminsky (Wisconsin in 2014-15) as one of two players in NCAA Division I history with at least 700 points, 300 rebounds and 100 assists.

But even while extending his shooting range to .352 accuracy on 3-pointers as a senior, he failed to become the first player from Fresno State to be drafted since Paul George in 2010.

“There was definitely a disappointment,” Robinson said. “I felt that I was in a good spot to get drafted. Unfortunately, that’s not how the cards were dealt.”

Enter the Heat, with a pledge to showcase the 22-year-old Las Vegas native in summer league, including in his hometown. Entering Tuesday’s 7 p.m. Eastern game against the summer roster of the Atlanta Hawks (NBA TV) on the UNLV campus, Robinson and roster holdover Haywood Highsmith are the only players to start each of the team’s first four summer-league games.

“They just gave me the opportunity to go out there and show what I can do and play hard,” Robinson said, “and that’s what I’ve been trying to do.”

On a stage that has been particularly meaningful.

“I used to come to watch the summer league,” he said. “I remember telling friends I was going to be in it.”

There was a time when Robinson thought it might be a showcase as a leading man. But after averaging 19.4 points, 8.4 rebounds and 2.9 assists last season for Fresno State, the Heat have asked him to be something quite different, to play as a complementary player.

It is an adjustment Whiteside never truly was able to make, one that Yurtseven still is being asked to wrap his head around.

“I was always capable of playing off the ball,” Robinson said. “But at Fresno State I was predominantly the main guy. So anywhere for me, setting good screens, to rolling to the basket and that kind of stuff, the adjustment has been really easy.

“My versatility, I would say, is my ability to adjust to any given situation.”

For now, there are four more games in Las Vegas. Then the work will shift to FTX Arena ahead of training camp.

But after going without his name called on draft night, there now is something tangible from the process, an NBA contract with his name signed on the dotted line.

“It felt wonderful,” he said with a smile. “I mean, the opportunity is everything to me and that’s all I really wanted coming out of the draft. And it’s something that I have right now. And in every summer-league game, with the Exhibit 10 contract, I have time to show what I can do.”

No, draft night did not go as anticipated.

Since then? Arguably better than might have been hoped.

“I feel like it’s been going really good,” he said.

“He’s confident,” Allen said. “He’s just learning. And that’s where most of our guys are. He’s been really good.”