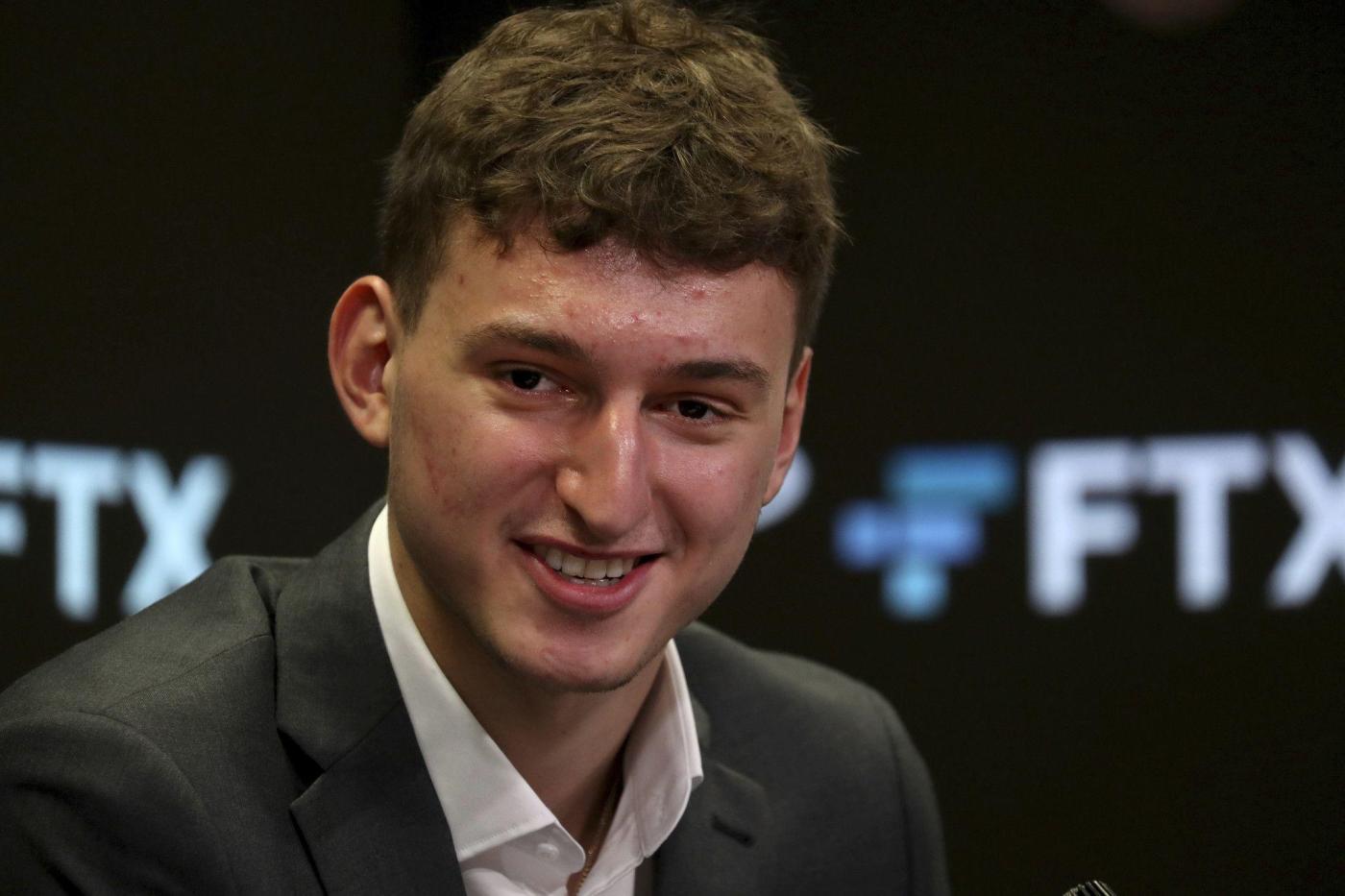 Long before the Miami Heat picked Nikola Jovic with the 27th pick of the NBA draft on Thursday, he primarily played point guard. But as he got older, he quickly grew into his 6-11 frame, which changed his career fortunes.

“Now I can do almost everything on the court,” Jovic said at his introductory press conference in Miami on Monday afternoon.

Jovic said he considers himself versatile and position-less and said he wants to do whatever he can to help Miami improve and make a championship run.

“I think it’s a perfect fit for me,” Jovic said. “Especially because they’re really competitive. I think I can learn a lot of things from them. Of course, I’ll do anything I can to help them do better than they did this year.”

Jovic, a Serbian national who was born in England, arrived in Miami following his selection and met with Heat coach Erik Spoelstra and team president Pat Riley.

“We were talking a little bit about everything,” Jovic said. “And one thing I immediately learned is I’m going to need to work here. And that’s the first thing I’m going to do, for sure. I’m going to try to do the best that I can.”

“His overall game and package of skills shows versatility,” Riley said. “We like that. Now how far it’s going to go is going to be dependent on Nik.”

Jovic said he hasn’t met his future teammates yet, but he said he’s tried to learn from one Heat player’s game.

“I learned a little bit from everyone,” Jovic said. “I don’t have one guy that I’m watching. I watch a little bit of everyone. If it’s Luka’s (Doncic) pick and roll, if it’s (Nikola) Jokic’s low-post game, if it’s Jimmy’s (Butler) defense. I try to learn something from everyone.”

Riley said decisions on how much Jovic will be involved on the court in his first season are not close to being made. The team will have to evaluate how he performs in the summer league first.

“That is something right now that he should not worry about and we’re not going to worry about,” Riley said. “The whole concept is he’s here and we get him ready for the summer league (and) he gets himself mentally ready for it because it’s been a drain, this whole draft process and working out and coming across, going back and forth. Try to freshen him up this week so he can get ready to get out to San Francisco.”

At 19, Jovic is one of the youngest players in Heat history. But there is no break for the young forward following the draft, as the summer league schedule begins July 7.

“It’s been hard for sure, but mentally, I’m really good right now,” Jovic said. “I can’t wait to play. I love the game of basketball. Mentally, it’s never been a problem for me. I just can’t wait to play in the summer league.”