It’s a sprint, not a marathon, for Miami Dolphins roster built on speed – Twin Cities 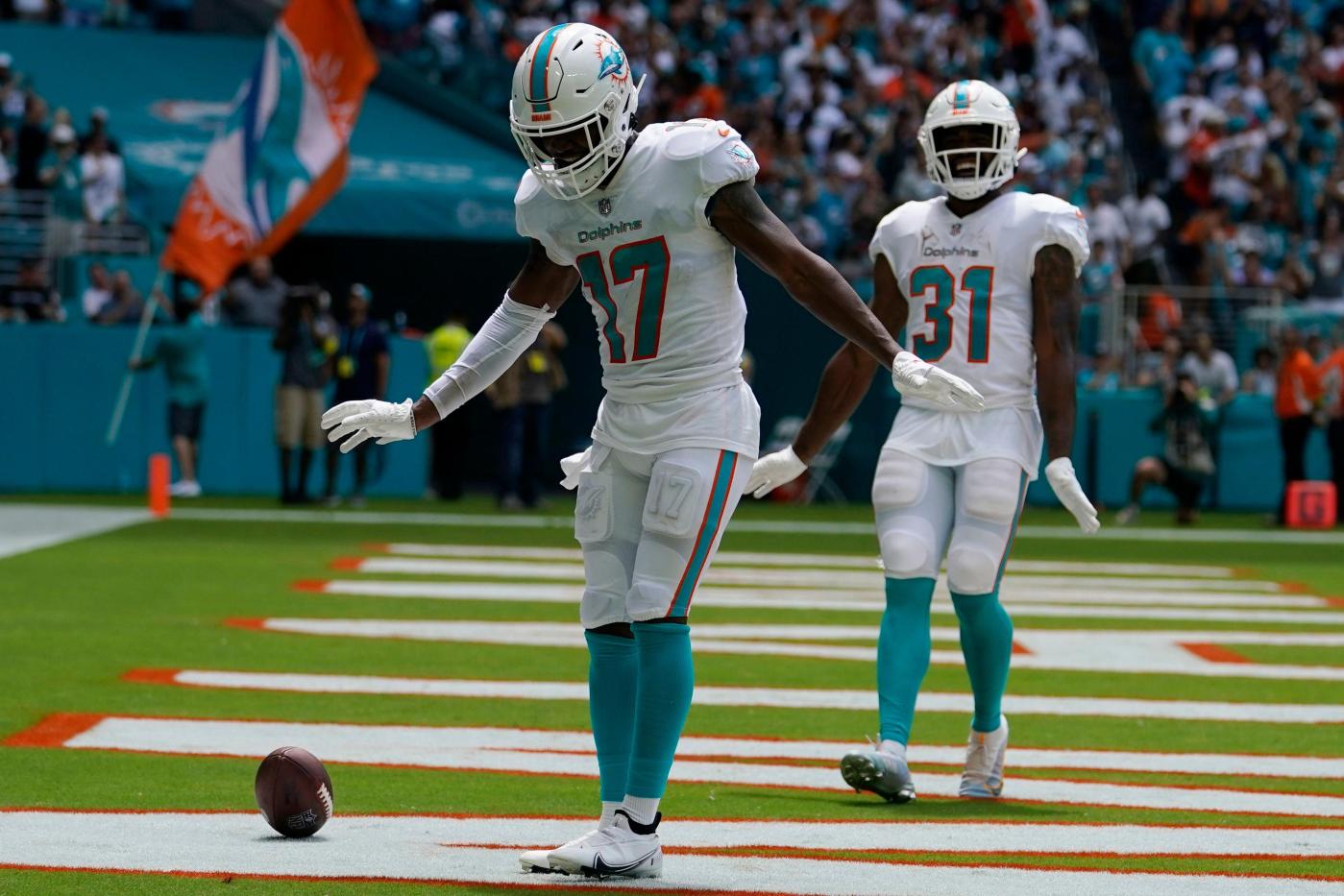 Too many times the Miami Dolphins entered a season like an old car that by November was huffing and puttering to the side of the road with smoke pouring out the hood. There was 2012, when General Manager Jeff Ireland said of his playmaking positions, “We got talent, just not enough speed.”

There was 2018, when coach Adam Gase answered a mid-season question about his team by saying, “It’s a good thing football isn’t just a foot race.”

On Sunday, the Dolphins won their opener in a manner that showed the pathway to more wins. They’re fast. It’s not just a one-man-showstopper that caused Philadelphia cornerback K’Von Wallace to say in preseason about new Dolphins receiver Tyreek Hill: “I’ve never seen anyone that fast in my life.”

“I just stand there, saying nothing,’ cornerback Keion Crossen says. “I’m just a workhorse. I don’t go around hollering how fast I am. If you know, you know. If you don’t, you’ll find out.”

Crossen recorded the second-fastest speed (22.05 mph) by any NFL player in the first weekend’s games, according to NextGen Stats. He’s recorded the most times above 22 mph in each of the previous two seasons in his usual role as a punt team’s gunner. But he understands why no one mentions this in the locker room.

“People look at speed on offense, at the guys running with the ball,’ he said. “And we’ve got guys like that.”

Receiver Jaylen Waddle recorded the fifth-fastest time with the ball Sunday (20.3 mph) on his 42-yard touchdown that opened up the win against New England. Hill had the 10th-fastest time for a ball carrier Sunday, even if he didn’t hit his top-end speed.

Then there’s the re-made running-back room that didn’t get loose Sunday. That’s the bottom-line that has to budge. The Dolphins’ 13 points and 302 yards of offense wasn’t much, suggesting an new offensive system still finding its way.

Coach Mike McDaniel gave a list to scouts of skills he wanted for his zone-blocking scheme. Speed evidently was high on the list. Running back Raheem Mostert ran with the ball over 23 mph for San Francisco in 2020, the only ball-carrier to break that barrier since recording speed began in 2016.

Chase Edmonds topped speeds of 15 mph on nearly a quarter of his carries in Arizona last year, the most by any NFL back with 100 attempts. Receiving is his strength, too.

“That’s something that I feel like is kind of my niche,’ he said Wednesday. “I feel like I can separate myself around other running backs in the NFL, just with my ability to catch the ball out of the backfield.”

All this speed, like big size or strength, only matters when part of a larger tool box. Ted Ginn Jr. had electric speed, but the Dolphins first-round pick in 2007 took a few NFL seasons to add the route-running component. Clyde Gates, a fourth-round pick in 2011, never harnessed his speed, much to the disappointment of the front office.

“It’s wonderful tool and resource, assuming you can’t just be a fast guy,’ McDaniel said. “When you’re fast and play strong and you have a diverse route tree, [speed] is an issue because you can expand the field in the same amount of time more than other teams. So that puts stress on the defense.”

As Crossen puts it: “What’s Spider-Man say? ‘With great power comes great responsibility?’ With great speed comes the need for great discipline as well. Even though you have the speed to make up errors, you still need the discipline to be in the right spot and make the right decisions every play.”

Winning teams need something exceptional. Some are big. Most are physical. For these Dolphins to go anywhere, it’s the roster-changing speed they added this offseason. They know. Undrafted rookie cornerback Kader Kohou was a unheralded star of the day with a few big plays, including an open-field hit that made New England receiver Nelson Agholor fumble.

But when Kohou met his father after the game, he didn’t want to talk about his son’s special day.

“All he talked about was how fast Tyreek Hill was,’ he said.

People in sports like to say an NFL season “isn’t a sprint, it’s a marathon.” But for the Dolphins, this marathon is a sprint.