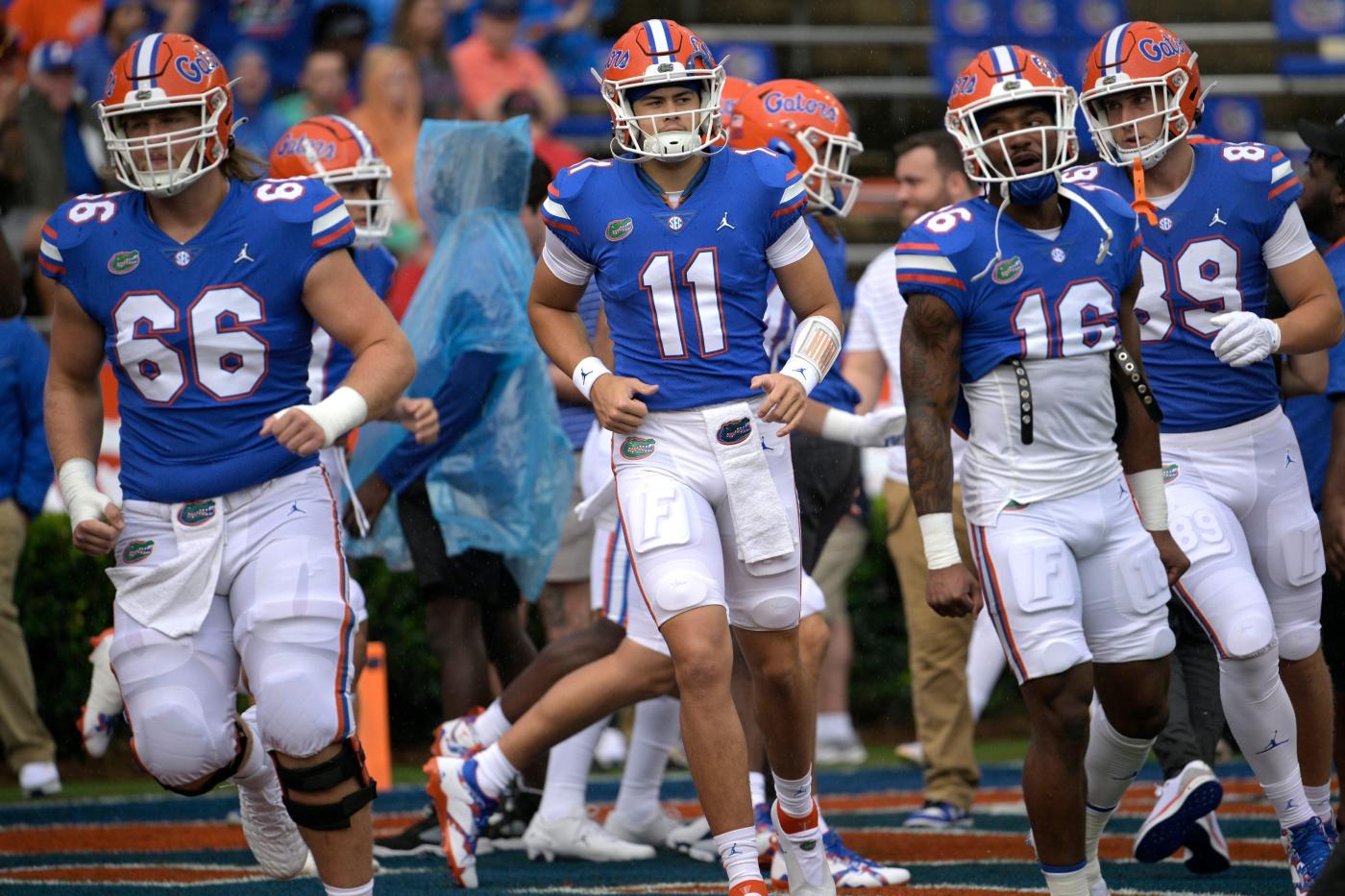 Florida’s quarterback situation behind Anthony Richardson is improving as the Gators’ starter works his way out of a recent funk.

Coach Billy Napier said Wednesday redshirt freshman Jalen Kitna is coming off his best week of practice. The son of former NFL quarterback Jon Kitna is the No. 2 quarterback entering Saturday’s visit to Tennessee despite having not thrown a college pass.

“In particular last Thursday he was extremely sharp,” Napier said. “He had a good day of practice [Tuesday]. Jalen has done a great job of making good decisions, he’s been very accurate and each week he gets a better understanding of our system.

“Been pleased with Jalen and the progress.”

The Ohio State transfer was in line to back up Richardson until the injury. Miller’s status is day to day.

“Jack is still to be determined relative to his role Saturday and potentially going forward,” Napier said. “He’s got a football in his hands now. It’s just more about his comfort level physically and mentally with the thumb and where it’s at.”