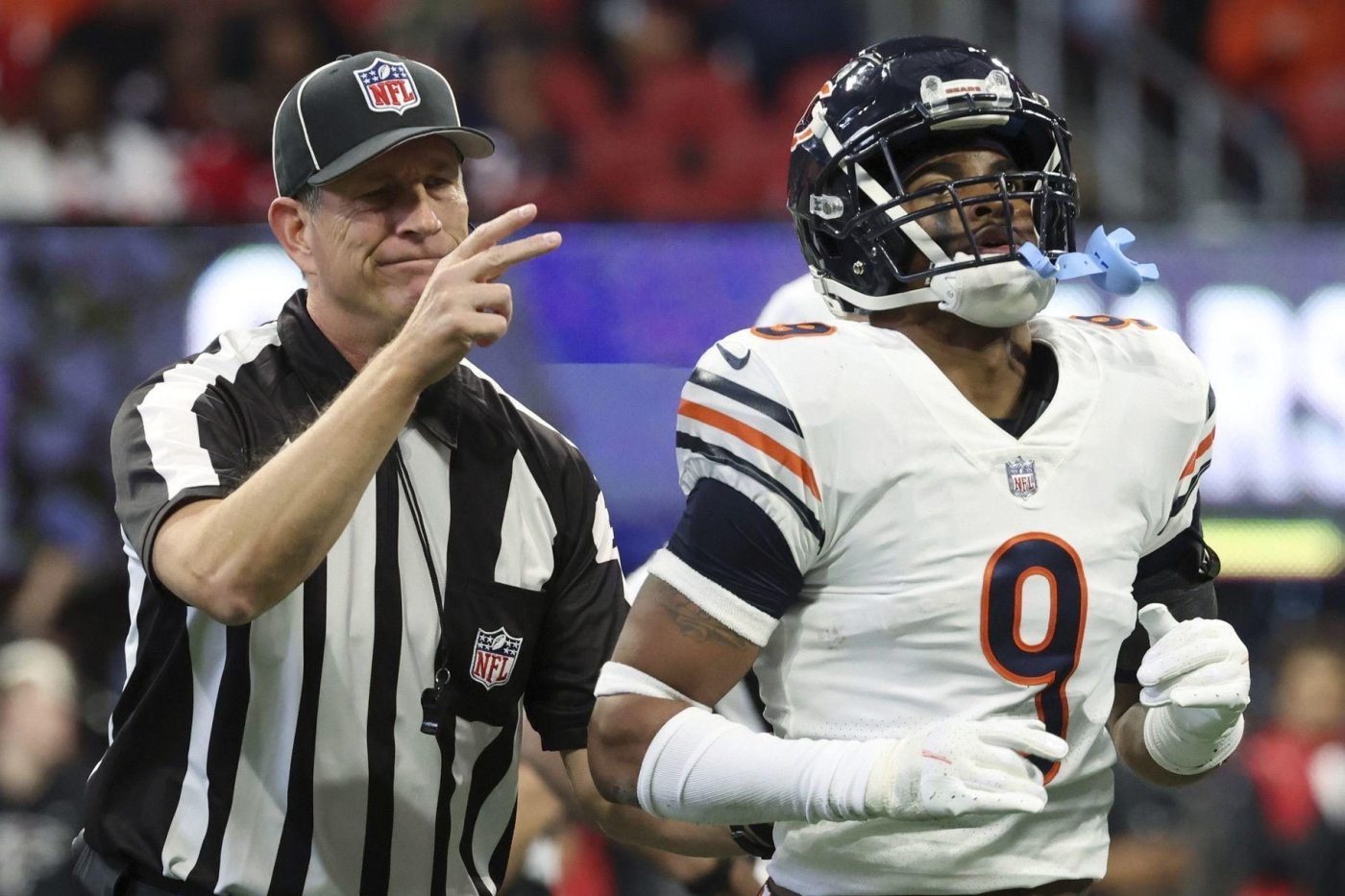 Brisker missed practice Wednesday, and his status for Sunday’s game against the New York Jets remains in question as he undergoes further evaluation.

Brisker played 53 of 55 defensive snaps against the Falcons but was twice pulled off the field to be evaluated for a head injury.

The first instance came on the Falcons’ opening series after the rookie tackled quarterback Marcus Mariota during a scramble. Brisker’s head slammed into the back of Falcons tight end MyCole Pruitt during the sequence, and the defensive back was slow getting to his feet.

He was pulled from the game to be looked at but missed just one snap before returning.

In the third quarter, Brisker was shaken up again after helping to take down Cordarrelle Patterson on a short run. It seemed like a routine play, but Brisker grabbed his head and appeared to be in discomfort after he hit the turf. He subsequently was taken off the field before the next play to be looked at again. Still, he returned for the next series and finished the game.

He was not officially diagnosed with a concussion until Monday.

Two others Bears players — cornerback Kyler Gordon and linebacker Sterling Weatherford — also landed in the concussion protocol after the game. Gordon was helped off the field after Mariota scored on a 10-yard touchdown run late in the third quarter. Gordon collided with Mariota at the goal line and stayed down. Unlike Brisker, though, he did not return to the game in the fourth quarter.

The NFL’s concussion-related procedures have been under heightened scrutiny this season after Miami Dolphins quarterback Tua Tagavailoa was allowed to return to the field after taking a big hit during a Week 3 win over the Buffalo Bills. Tagavailoa shook his head, stumbled around and was notably wobbly after taking that hit. But after the Dolphins medical staff and an unaffiliated neurotrauma consultant assessed him, the team ultimately declared it a back issue. Tagavailoa finished that game and was cleared to start against the Cincinnati Bengals four nights later.

In that game, Tagavailoa was flung to the turf by a Bengals defender, hit his head and went into the fencing response, which occurs when the brain absorbs significant force.

The NFL launched an investigation and subsequently amended its concussion-related rules, prohibiting any player who during a game exhibits ataxia — abnormality of balance or stability, motor coordination or dysfunctional speech caused by a neurological issue — to return.

“If a guy is visibly impaired, you’ve got to protect him,” Bears linebacker Nicholas Morrow told the Tribune last month. “There’s a responsibility on both ends. (As) players, we have to be mindful of how we approach the protocols, but it also has to be executed to the highest efficiency.”

Still, even with heightened caution, a player’s desire to return to the field sometimes can complicate matters.

The NFL’s chief medical director Allen Sills acknowledged last month that, despite heightened caution and procedures, the possibility of players returning to the field after experiencing a concussion remains.

“We want to always err on the side of pulling players and evaluating them and keeping them out if they may be injured,” Sills told the Tribune. “Diagnosing concussion remains difficult. Even today in 2022, with all of our technology and all the understanding we have, we still have to rely very heavily on patient self-report symptoms.

“I’ve been a neurosurgeon for over 30 years, and I will tell you that there are some cases where the diagnosis is very easy and straightforward, but there are others where it’s very difficult to make, and we still have a lot to learn about those difficult cases and what is and is not a concussion.”

The statuses of Brisker, Gordon and Weatherford for Sunday’s game at MetLife Stadium will be worth monitoring as the week moves forward.