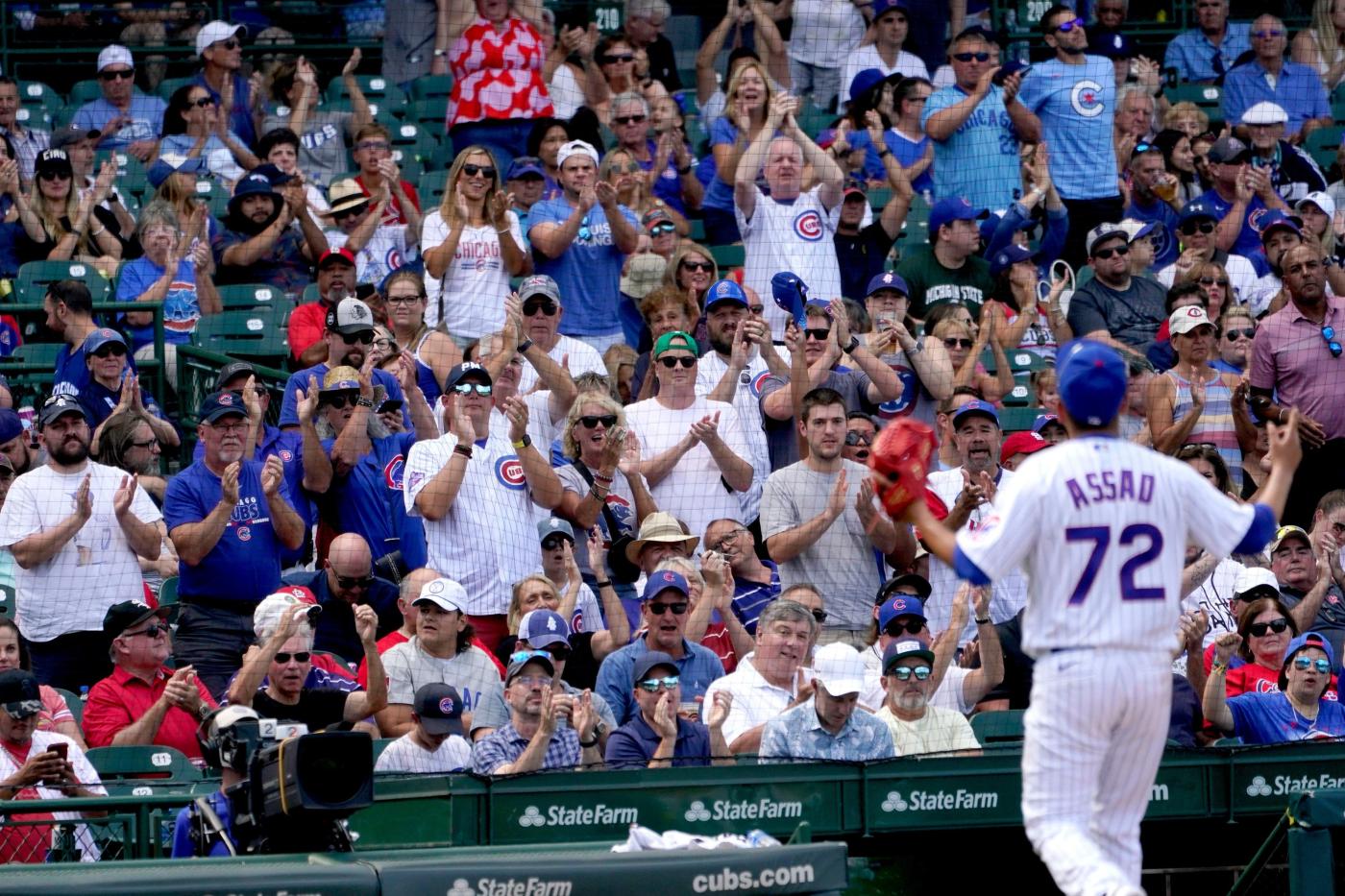 Javier Assad handed over the baseball, slipped off his glasses and placed them on the brim of his Chicago Cubs cap.

His walk to the dugout Tuesday afternoon was backed by a standing ovation from Cubs fans among the 27,273 at Wrigley Field. Assad kept the St. Louis Cardinals in check for four-plus innings in his major-league debut, setting up the Cubs for a 2-0 win in Game 1 of Tuesday’s doubleheader.

“It’s something that I can’t put into words,” Assad said of the ovation through an interpreter. “When I’m walking off, hearing the fans, I know that this is a passionate fan base. It’s a great fan base. And it was fantastic.”

Assad’s debut lived up to what he envisioned. He never considered giving up on his big-league journey after signing with the Cubs at age 16 out of Mexico in 2015. In front of his wife and parents, the 25-year-old right-hander scattered four hits, walked four and struck out three.

“I’ve always tried to work hard, get prepared, compete just to get to this moment,” Assad said. “I know that it took a little bit longer for me to get there. But thanks to God, I’ve stayed healthy and I’ve been able to do this.”

Assad became the seventh pitcher in Cubs history to throw at least four scoreless innings in his big-league debut. Ryan O’Malley was the last to do it on Aug. 16, 2006, against the Houston Astros.

In the second inning, Cardinals slugger Albert Pujols took a 94.7 mph sinker on the outside edge for Assad’s first major-league strikeout.

“I never would have imagined that I would have been facing him, let alone getting that strikeout,” said Assad, who was 3 years old when Pujols reached the majors. “But it’s not just him. Yadier Molina, Nolan Arenado … those are guys that I’ve looked up to, guys that I’ve seen play throughout my life. I was just excited and happy to get that strikeout.”

Assad is the 11th Cubs player to make his big-league debut this season.

The Cubs needed to add Assad, an impending minor-league free agent, to the 40-man roster to retain his rights through the offseason. They can get a look at him against big-league hitters during the final six weeks to see how his stuff plays at this level.

This opportunity seemed unlikely after last season, when he posted a 5.32 ERA in 21 games (20 starts) at Double-A Tennessee. He allowed too many baserunners (10.7 hits per nine innings and a 1.538 WHIP) and was inconsistent with his stuff.

Assad attributes his big-league ascension to his offseason work. He focused on strength training with his trainer in Tijuana, Mexico, and believes it has paid off over the long season.

He also cited his experience in the Mexican Pacific Winter League, where he pitched in high-pressure situations and thrived in the role — he didn’t allow a run in 17 appearances (18⅔ innings).

“That, combined with how I came in strength-wise, is really what helped me get results this year,” Assad said.

“I don’t like consulting with everybody on what I’m going to do,” she tells TheWrap…