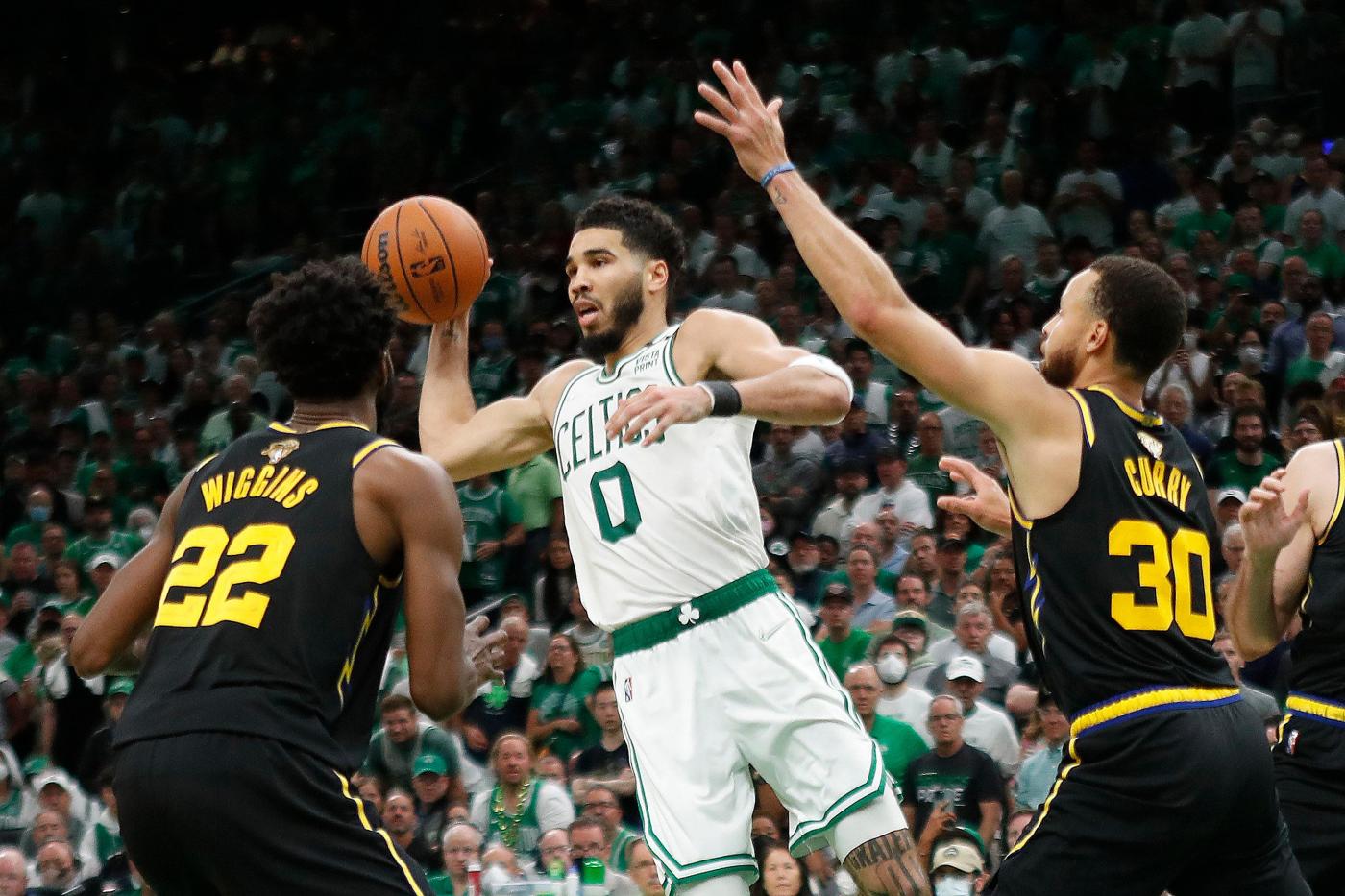 BOSTON — If they are to rebound from their first two-game losing streak of the postseason and fight off elimination, the Celtics will have to summon a level of energy that wasn’t apparent at the end of their Game 5 loss on Monday night.

Ime Udoka has admitted that after four rounds and 24 games of playoff basketball, compounded by an increased minutes load for his regulars, the Celtics probably showed the result of fatigue that night.

“It could be a fatigue thing,” he said after Wednesday’s practice. “We’d like to get those guys a little bit more rest and have some fresh bodies coming off the bench to keep them fresh at the end of the game. You look at all those things, as far as rotations, lineups.”

Jayson Tatum’s jump shot certainly showed the result in the form of three fourth quarter airballs, but the Celtics star doesn’t want a change now from a pace that has him averaging almost 41 minutes in the Finals.

To wit, Tatum showed up for his post-practice presser clutching and hugging a basketball – presumably different from the ball he refused to hand over to Draymond Green during a timeout on Monday night.

“It’s Game 6, elimination game,” he said of Game 6 on Thursday night in the Garden. “There’s not really time to be finding time to rest. Obviously, throughout the course of the game, me and (Udoka) will talk, if there are spots to find, time to rest. But that’s what timeouts are for.

“At this point in the season, at most we got two games left. So it’s just mental,” he said. “You got to fight through that. I’m not the only person that is tired or dealing with injuries or whatever. Last two teams standing. We’ve been playing six, seven months. So everybody is dealing with something. I’m not really focused on that at all. At most we got a week left, then I can rest all summer.”

Official business: In addition to their propensity for unforced errors, the Celtics continue to show a tendency to complain when games get tight, and nowhere more than in Game 5, when excessive whining led to technical fouls for both Udoka and Marcus Smart – the latter with a particularly damaging fourth-quarter whistle.

Grousing became enough of an issue this week that it has been addressed inside the locker room, according to Al Horford, who was bothered enough by the issue to call out the behavior Monday night.“We addressed it, and we understand that we have to move past it,” he said following Wednesday’s practice. “The officials are not perfect at the end of the day. We just need to go out there and focus on us, on what we need to do. I believe that the group understands that, and that’s our intention.”

Udoka admits that the constant sight of Celtics confronting officials has to end.

“I would say so. I think in general just too many conversations being had at times,” said the Celtics coach. “Feels like after foul calls or dead balls, free throws, timeouts, there’s somebody talking to a ref. Something we emphasized early in the season and had gotten away from quite a bit. So something we got to spend our energy on the game, and everything else going in between, other than the referees. An area we can be better at, for sure.

“I think we’re complaining at times too much throughout the game. Late game may not be any different than first, second or third quarter,” he said. “Some we need to block out and be better at overall. … The refereeing, I don’t know if that impacted anything late game as much as throughout or any different.”