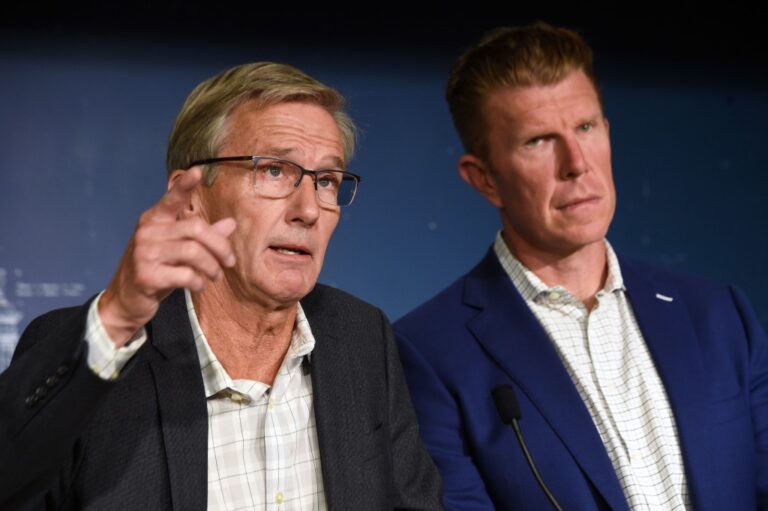 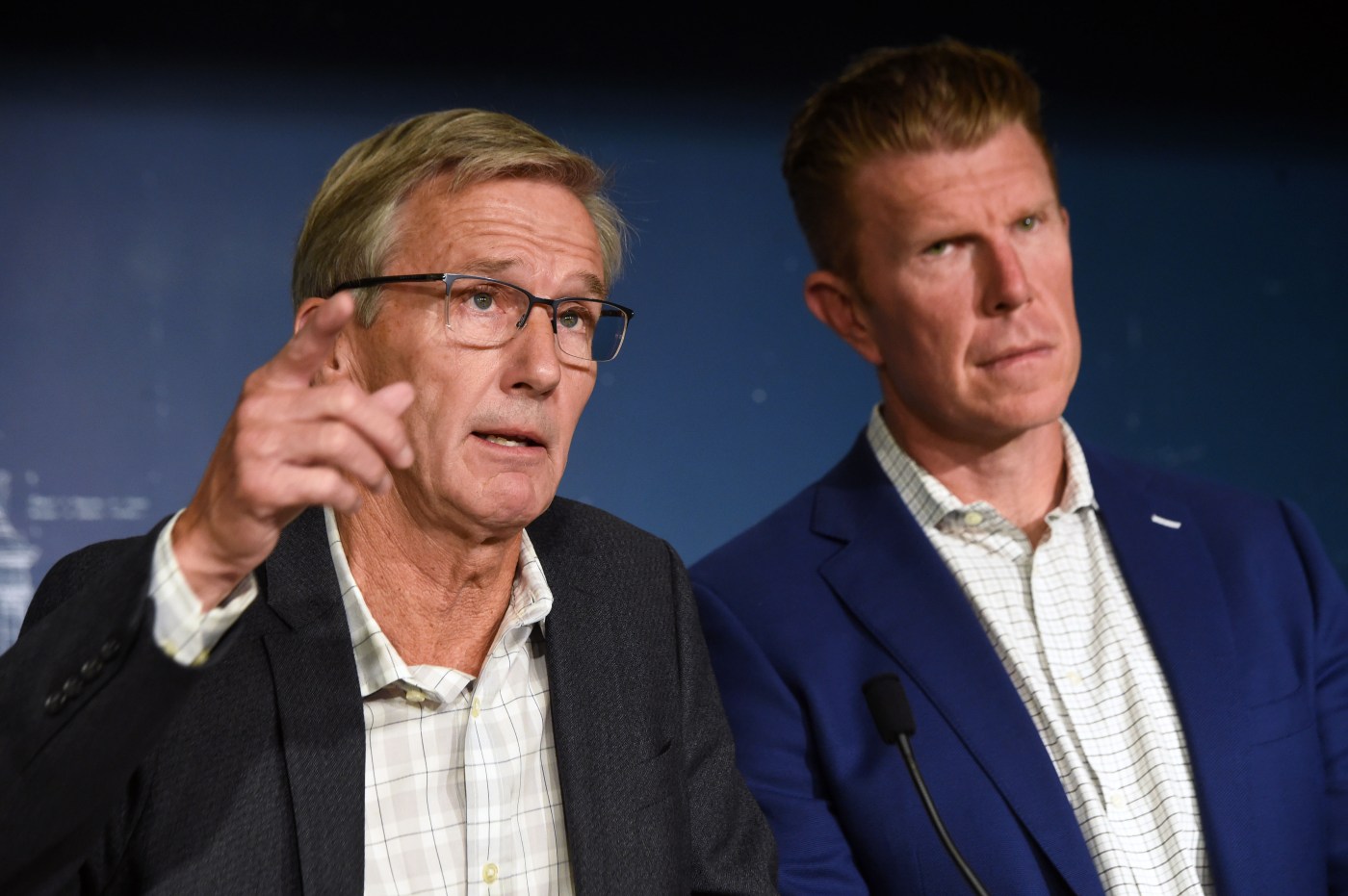 It’s the biggest COVID fraud in the nation, and suddenly it’s the hottest political story of Minnesota’s election season.

And it’s kind of a mess.

On Monday, Republican candidate for governor, Scott Jensen, called for a rapid special investigation into Gov. Tim Walz, a Democrat, over what he alleged was a “cover-up” of “what Walz knew and when he learned it” about what federal prosecutors allege was at least a $250 million fraud involving federal coronavirus funds intended to feed poor children. Jensen said Walz should appoint such an investigator — something Walz showed no inclination of doing.

Jensen’s demand followed a call by Jim Schultz, the Republican nominee for attorney general, for “answers” from Attorney General Keith Ellison, a Democrat, claiming he “ignored the fraud.” Ellison’s office put out a statement contending they were onto the fraud from early on.

The attempted piling-on included several senior Republican lawmakers calling for the resignation of a Walz cabinet official and even stretched to the lowest-profile statewide race: state auditor.

It all stems from the federal charges announced last week against 48 people accused of a scheme dating to 2020 in which the nonprofit Feeding Our Future collected payments for meals they didn’t distribute to children who didn’t exist. According to the indictments, many of the accused people took the money to enrich themselves, buying cars, property and jewelry. The nonprofit’s founder, Aimee Bock, who is named in the indictment, has denied being aware of any fraud.

Ever since news of the federal probe first was reported in January, it was obvious there would be political ramifications in an election year. Now, Minnesota Republicans are seizing on the issue as an election season asset, while Democrats have found themselves playing defense.

Republicans’ basic narrative is this: This happened under the watch of Democrats, who failed to stop it before it happened. After all, they argue, the state Department of Education continued to distribute tens, if not hundreds, of millions of dollars for meal claims that officials now say they long suspected were fraudulent.

The response from Democrats — namely Walz and Ellison — is that they did stop it. The bad guys were indicted only because Democrats took it to the FBI, and they couldn’t stop the payments sooner because the feds told them that would jeopardize their investigation.

Republicans found themselves in possession of a political gift Friday when a Ramsey County judge publicly called out Walz for claiming that the state — via the Department of Education — was forced to continue making payments it suspected were fraudulent because the judge had ordered the state to do so.

That’s not true. Judge John Guthmann never ordered the state to make payments, according to the court record and Guthmann himself. However, he did, in at least one court hearing held over Zoom, tell an attorney for the state that they could have a “problem” if they didn’t keep making payments.

Guthmann’s extraordinary public statement came a day after Walz, responding to a question from reporters, criticized “the order” and said he would like to see an investigation into it. Walz backed off that idea after the statement by Guthmann, who was appointed by former Gov. Tim Pawlenty, a Republican, in 2008 and since has been elected twice.

Walz also is drawing fire for potentially overstating the stakes of certain court proceedings. Last week, he said Education Commissioner Heather Mueller “was threatened with jail, by contempt of court, the judge ruled.”

That’s probably a stretch. Guthmann did threaten — and eventually find — the state in contempt of court for failing to approve Feeding Our Future’s new site applications in a timely fashion. And although he ordered the state to pay penalties to Feeding Our Future, there’s no evidence he ever threatened anyone with jail time, which would be highly unusual for that type of proceeding.

In response to criticism from Republicans, both Walz and Ellison said that they couldn’t go harder at Feeding Our Future because federal investigators told them it would jeopardize their investigation.

OK, but couldn’t they do more?

Here’s how Schultz put it Monday: “Why did massive payments continue to FOF despite no judicial order to do so and despite overwhelming evidence — evidence so significant that the Department of Education notified the FBI — of wrongdoing, including the fraud being known as an “open-secret” in the Minneapolis community?”

Jensen, a physician and former state senator, said Monday he doesn’t believe it. “I’m quite confident that the FBI did not direct them to continue to make fraudulent payments to the tunes of hundred of millions of dollars because we don’t want you to potentially impact our investigation,” he told reporters. “I’m not buying that, and I hope you’re not.”

A spokeswoman for the FBI declined to comment Monday, citing the continuing investigation.

But actually, that sort of thing happens “all the time” in complex criminal investigations, said Mark Osler, a former federal prosecutor and law professor at the University of St. Thomas Law School.

“Think about a drug network,” Osler, who prosecuted cocaine rings in Detroit, said in an interview with the Pioneer Press. “Often, if we want to take down an entire drug network, you have to wait. It’s better to take it down with the whole story known and the key players identified. … I think pretty much anyone who’s worked in law enforcement at a higher level will say that fast isn’t always good and sometimes you do need to hold.”

And yes, Osler said, speaking generally and with no direct knowledge of the Feeding Our Future investigation, that can included allowing money to keep going out the door to suspected criminals. “A lot of the time, that’s done with the confidence of trying to get the money back later, and they’ve begun that process,” he said.

Indeed, federal authorities have said that of at least $250 million they’ve alleged to have been stolen, they’ve recovered some $50 million.

The state Office of the Legislative Auditor, a nonpartisan body of the Legislature that is widely respected by both parties, has begun a “special review of the Minnesota Department of Education’s oversight of the nonprofit organization Feeding Our Future” that is scheduled to be completed in 2023.

Absentee voting already has begun for the Nov. 8 general election.