Jesper Wallstedt is the Wild’s goaltender of the future. They won’t rush him. 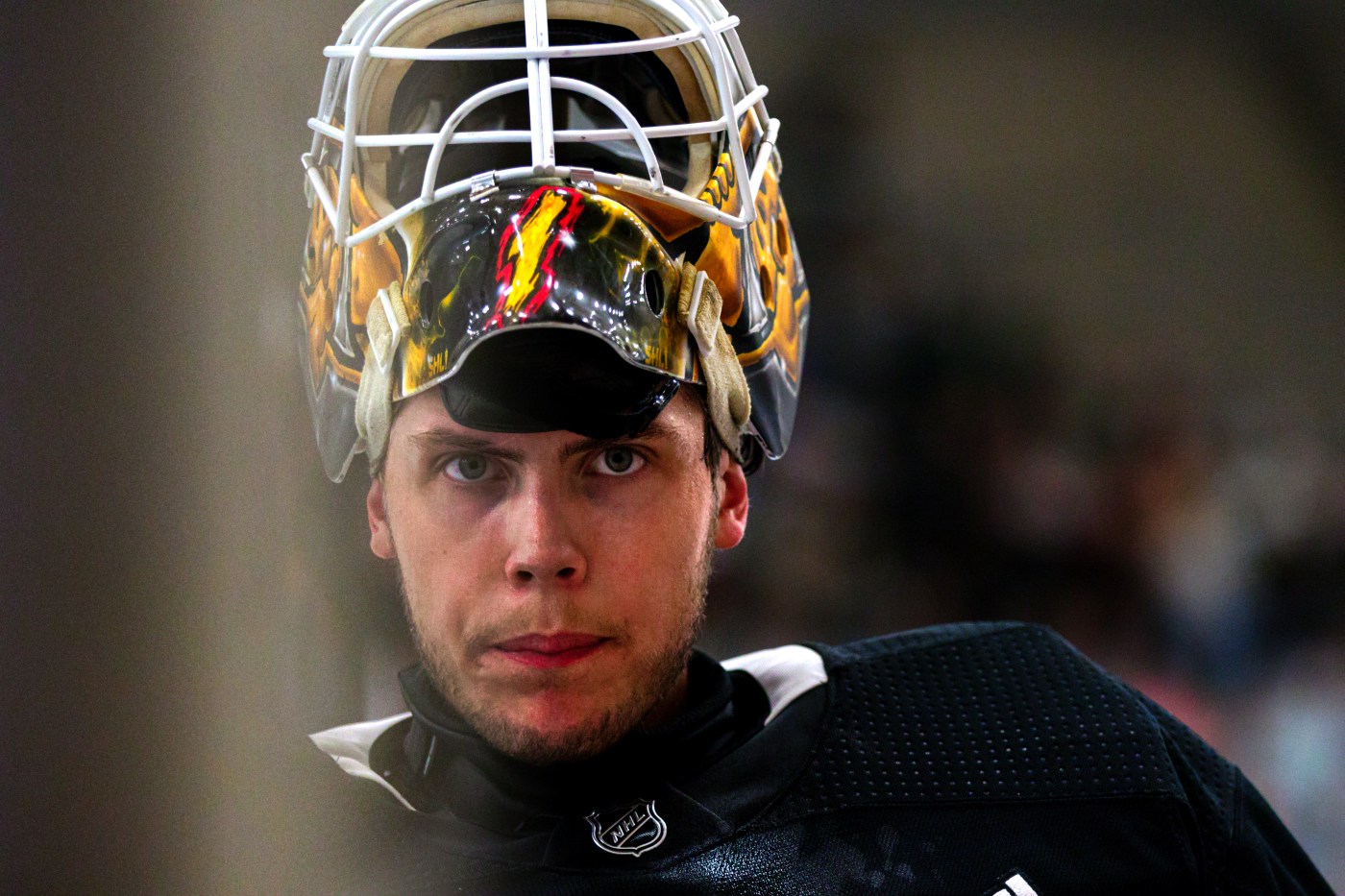 For the longest time, Wild prospect Jesper Wallstedt has felt more like a mythical creature than the franchise’s goaltender of the future.

When the Wild took Wallstedt with the No. 20 pick in the 2021 NHL Draft, the event was hosted virtually, so there wasn’t much fanfare surrounding his selection. Add in the fact that Wallstedt played last season back home in his native Sweden, splitting time between in goal at that, and it was pretty easy to forget he even existed.

That might explain why so many people flocked to TRIA Rink in downtown St. Paul last week. With the Wild hosting their annual development camp for the first time since the pandemic, Wallstedt was finally in town for anyone who wanted to catch a glimpse of him.

It marked the first time the 19-year-old goaltender has been in the Twin Cities since being drafted by the Wild last summer and signing his entry-level contract this spring. He made sure to check out the Mall of America — obviously — and did some other touristy things before turning his attention to his NHL dreams.

“There’s lots of hard work to do to get there,” said Wallstedt, who appeared in 22 games last season for Lulea HF of the Swedish Hockey League, posting a 12-10-0 record, a 1.98 goals-against average and .918 save percentage. “I’m not a guaranteed NHL player because I was drafted in the first round.”

That mentality is going to serve Wallstedt well as he navigates the organization. As of right now, the plan is for Wallstedt to spend the whole 2022-23 season with the Iowa Wild of the American Hockey League. That will give him a chance to adapt to the North American ice sheet, which is markedly smaller than what he’s used to playing on in Europe.

“It’s really important to get acclimated to the North American game,” Wild general manager Bill Guerin said. “It’s a process that he’s going to have to go through to make it to the NHL. We want to make sure us as a staff do the right things and don’t rush him.”

Talk to anyone in the Wild organization and they will echo those sentiments when it comes to Wallstedt’s path. There’s no reason to rush a 19-year-old kid. Especially a 19-year-old goaltender.

“It can be a long process,” Wild director of player development Brad Bombardir said. “We just have to be patient with him. It’s going to take awhile. He’s a young kid.”

Bombardir praised Wallstedt for his technical skills between the pipes, as well as his feel for the game. Those things were on display throughout development camp last week as Wallstedt filled the net with his 6-foot-3, 215-pound frame, and turned pucks away with relative ease.

It’s easy to see why he already has emerged as arguably the most intriguing prospect in the farm system. Not that Wallstedt is resting on his laurels. He still thinks he can get faster with his reaction time and wants to become more explosive in the crease.

Asked how long he thinks it will take him to be ready to make the jump to the NHL, Wallstedt admitted he thinks he needs some additional seasoning in the AHL to continue his development.

“Just need to show that I’m ready to take the next step,” he said. “We’ll see when that time comes.”

In the meantime, Wallstedt has returned to Sweden with plans to compete in the rescheduled World Junior Championships later this summer. He posted a 2-0-0 record, 1.50 goals-against average and .962 save percentage for Team Sweden this winter before the tournament was cancelled because of the ongoing pandemic.

“I’m really looking forward to it,” Wallstedt said. “I think we have a great opportunity there with that team, and I really want to be a part of that run we can make.”

As soon as the World Junior Championships are over, Wallstedt will return home for a couple of weeks before eventually making his way down to the Iowa Wild. The rest is up to him once he gets down there.

“Just need to put in my work there,” he said. “Hopefully some day I can prove to myself and to the organization that I deserve a spot in the highest level.”