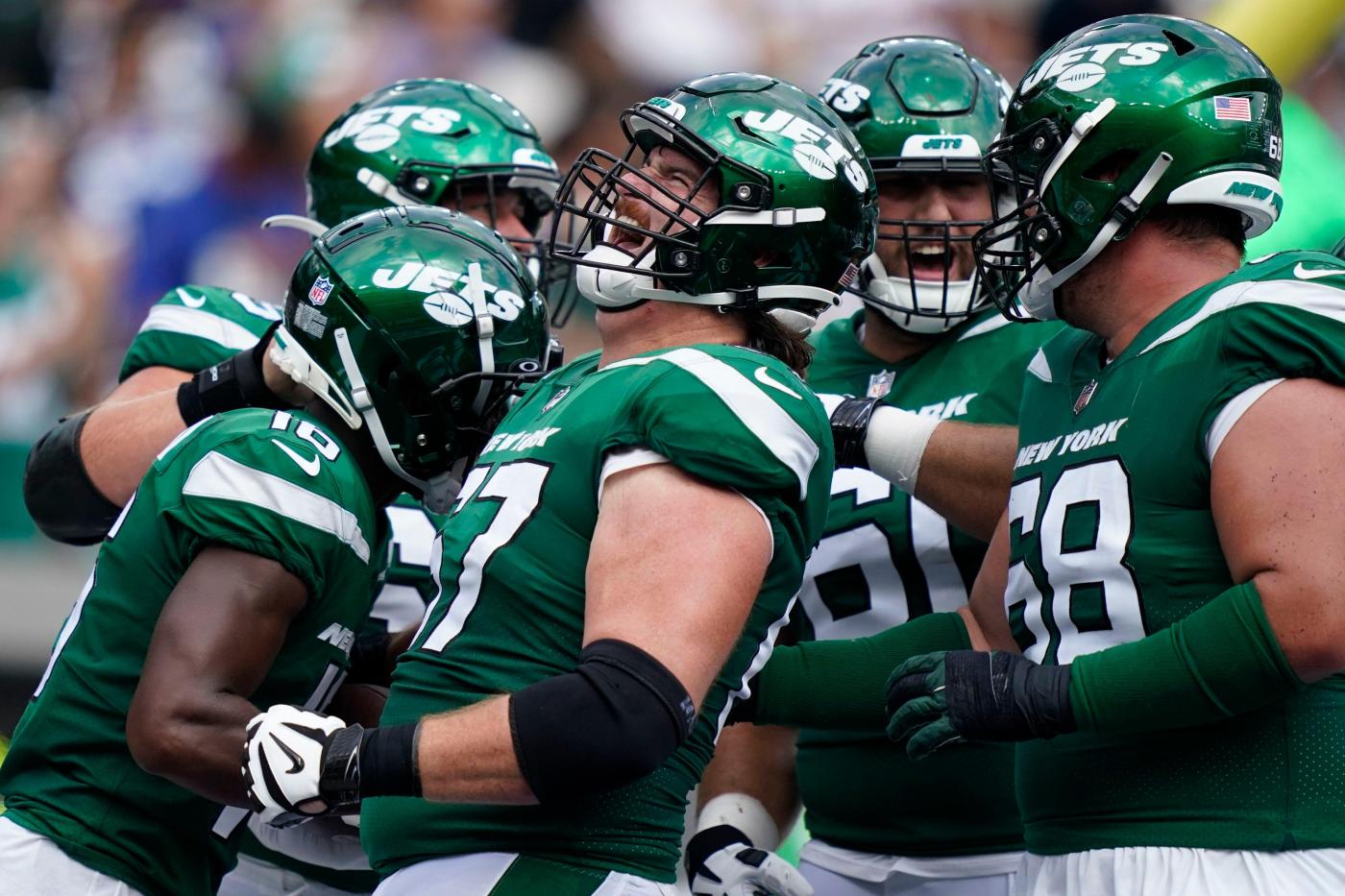 The Jets and the Giants took two different approaches to Sunday’s preseason finale.

Gang Green used Sunday’s game as a dress rehearsal after many starters didn’t play in the first two preseason games. The Giants rested a lot of their veterans, including quarterback Daniel Jones.

After winning the Snoopy Bowl last season, the Jets extended their winning streak against the Giants as they came away with the 31-27 victory at MetLife Stadium Sunday afternoon.

The Jets were looking for some momentum with the start of the regular season two weeks away. It was a mixed bag offensively for Joe Flacco and the Jets’ first-team offense.

Flacco completed 7 of 12 passes for 76 yards and an interception. After not playing in the first two preseason games, Flacco and the Jets offense were able to move the ball but couldn’t find the end zone. Mike White came in for Flacco in the second quarter and completed 13 of 17 passes for 170 yards and two touchdowns.

Things weren’t much better for Tyrod Taylor, who started for Jones. He completed 2 of 4 passes for 29 yards before leaving the game due to a back injury after a hit from Jets defensive end Micheal Clemons. Taylor was later carted to the Giants’ locker room and did not return.

Davis Webb, who came in for Taylor, completed 14 of 19 passes for 88 yards, mainly against the Jets’ second and third-team players.

The story of the day was the performance of disgruntled Jets wide receiver Denzel Mims, who requested a trade earlier in the week. He recorded six catches for 91 yards and a fourth-quarter touchdown to tie the game.

The Jets’ defense was impressive in the first half as they held the Giants offense to only three points. They also only allowed 98 offensive yards from scrimmage.

On the game’s first possession, Flacco and the offense moved the ball well. However, in enemy territory, Gang Green running back Michael Carter fumbled on the Giants’ 29-yard line as Micah McFadden’s recovery ended the drive.

Big Blue’s offense also struggled on its second drive as Taylor threw an interception to Michael Carter II. The Jets converted that turnover into a 49-yard field goal by Greg Zuerlein, which gave them a 3-0 lead.

With Webb under center, the Giants finally got on the board early in the second quarter on a Ryan Santoso 36-yard field goal that tied the game.

With the lack of productivity on the scoreboard, the Jets kept their starters in the game early in the second quarter. But the team failed to produce a touchdown again as Flacco scrambled out of the pocket and threw a pick-6 to Austin Calitro, which gave the Giants a 10-3 lead.

On the Jets’ next possession, with Mike White and the second team offense on the field, they drove 75 yards on eight plays which resulted in a Braxton Berrios 20-yard touchdown pass which helped the game draw even at 10-10.

After the halftime break, the Giants tied the game again at 17-17 on a 12-play, 75-yard drive that ended with a touchdown run by Jashaun Corbin.

With 2:02 to go in the game, Santoso kicked a 49-yard field goal that gave the Giants a 27-24 lead. But the Jets responded as Streveler drove the team down the field in 10-plays as he completed a game-winning touchdown pass to Calvin Jackson.

The Jets will host the Baltimore Ravens at MetLife Stadium to begin the season on Sept. 11.

The Giants will travel to Nashville to play the Tennessee Titans on Sept. 11.