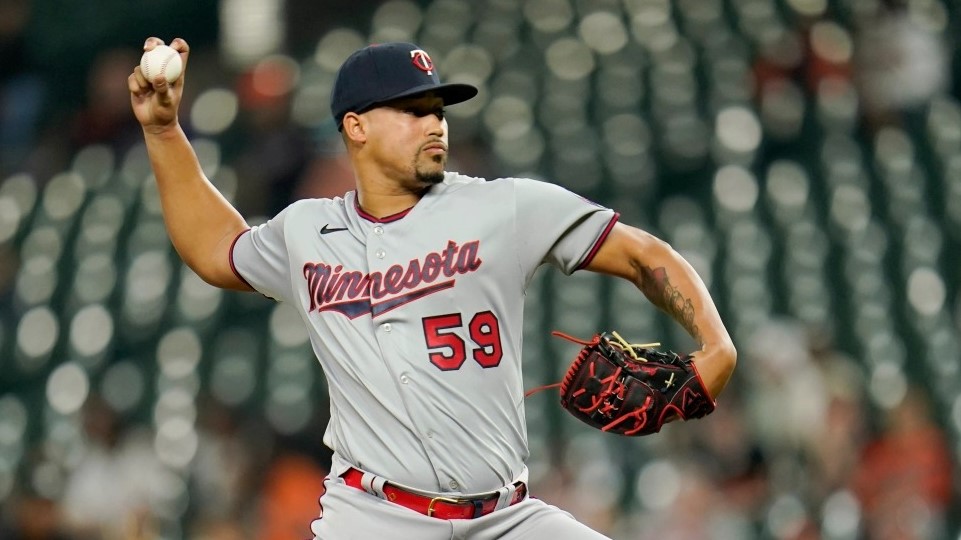 In the midst of a dominant seventh inning on Monday night during which he was called upon to face the heart of the Boston lineup and sent down Alex Verdugo, Xander Bogaerts and Rafael Devers in order, Twins reliever Jhoan Duran made a little bit of history.

With an 0-2 count, he unleashed a 100.8 mile per hour splinker, the hardest thrown offspeed pitch on record and the first one to top 100 miles per hour. That’s right, Duran hit — 100 mph, a number most pitchers would love to touch — with an offspeed pitch while his four-seamer frequently reaches 103 mph.

“I’m jealous. That’s unheard of,” an envious Dylan Bundy said after the game. “He deserves a cake.”

A day later, with an assist from the Twins’ content department who helped procure it, Bundy delivered a cake to an unsuspecting Duran in the clubhouse. The cake, which had sprinkles lining it and blue frosting piped on top, had a congratulatory message that read “Felicidades! 100.8 mph splinker,” in red lettering.

“Duran, I got you something buddy,” Bundy said as he set the cake down in front of the reliever. “All for you right here.”

Duran had yet to try the cake pregame, but he said he had a taste of the frosting and was touched by the gesture.

“I wasn’t expecting it, and those are the little things that your teammates do to make you happy,” Duran said. “It made me happy.”

Duran, in turn, has been making his teammates happy, as he has developed into one of the game’s most dominant relievers at age 24. During a period of time earlier this season when the bullpen was much shakier than it is now, Duran was the one constant.

With Jorge López now in the fold, Duran is seeing less of the ninth inning, allowing manager Rocco Baldelli to be slightly more choosy about where he deploys him. No matter how the Twins use him, he’s responded.

Duran entered Tuesday with a 1.91 earned-run average, 0.953 WHIP (walks and hits per innings pitched), 73 strikeouts in 56 2/3 innings and a 3.8 Win Probably Added, a stat that credits a player for how much his appearance impacted his team’s chance of winning or losing. That number is second in the American League behind only Houston ace Justin Verlander.

“The end goal is to get three outs. That’s really what we’re asking guys to do. There are a lot of different ways to do that. But my God, that is some insane stuff going on out there when he takes the mound,” Baldelli said.

Jorge Polanco was out of the Twins’ starting lineup again on Tuesday as he deals with a knee injury that he suffered earlier this month. Polanco has not played since Saturday. … Outfielder Billy Hamilton, who the Twins recently signed to a minor league deal, was transferred to Triple-A St. Paul. … Josh Winder was returned from his rehab and activated from the injured list at St. Paul.

When it comes to Jimmy Butler potentially playing power forward this season, the Miami Heat’s…