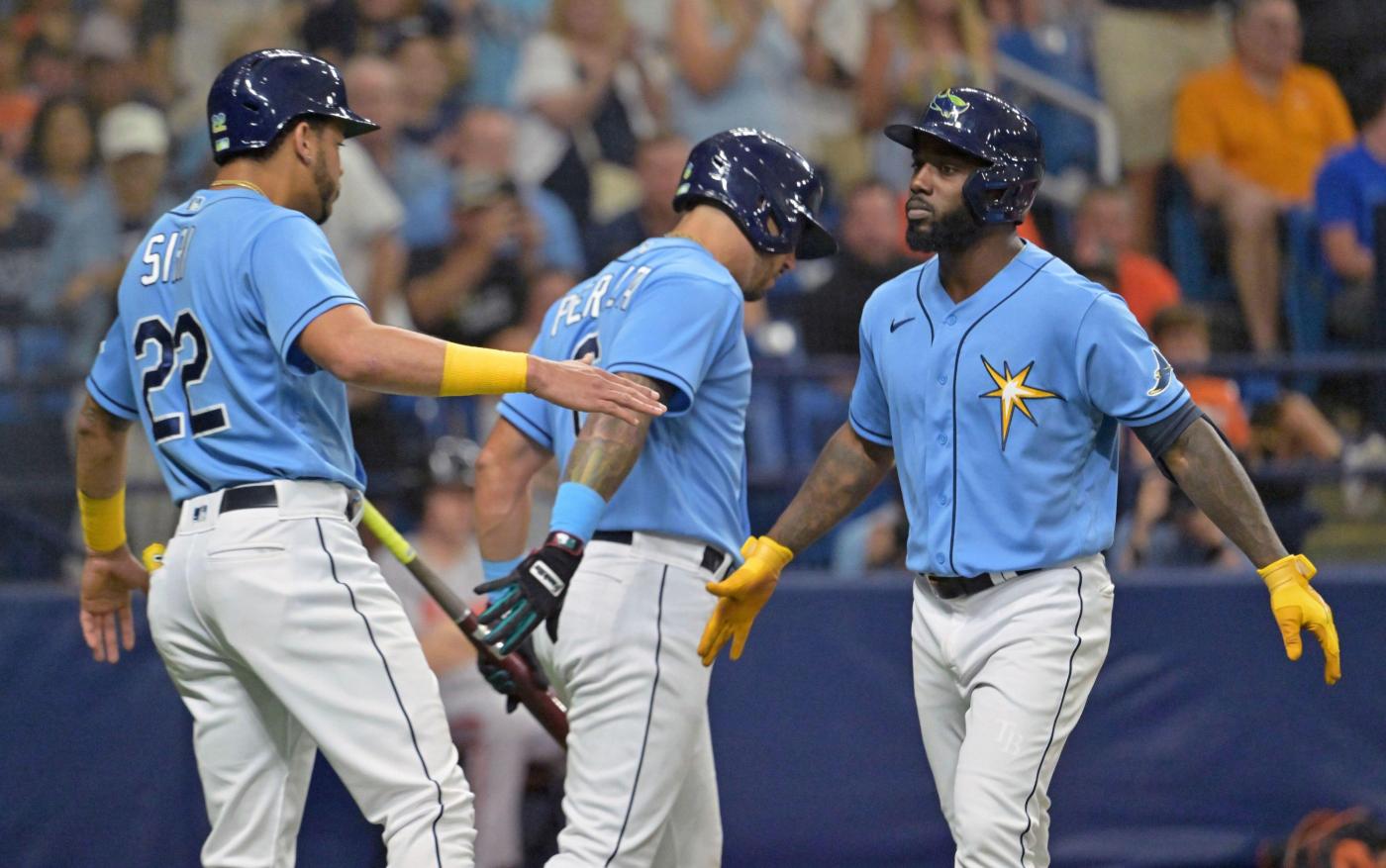 The anticipation of the moment grew around Tropicana Field. As Drew Rasmussen trotted to the mound for the ninth inning, Tampa Bay Rays fans rose to their feet, cell phones in hand, waiting to document history.

But Orioles shortstop Jorge Mateo had other ideas. On the first pitch he saw from Rasmussen — a cutter left over the plate — Mateo turned his hips and ripped the ball down the left field line for a double. When he reached second base, the Orioles dugout applauded Mateo’s efforts, breaking up a perfect game with just three outs remaining.

The groans from the crowd led to an ovation. It ended after 24 batters — 24 batters who came and went without much of a threat — and Rasmussen still set up the Rays for a 4-1 victory. But there was also a so-close, so-far aspec, as it became the second time Tampa Bay has taken a perfect game bid into the ninth inning before it was broken up. The last time, July 14, 2019, was a combined effort. And that one, too, was foiled by the Orioles, who have never been involved in a perfect game.

Former Seattle Mariners ace Félix Hernández is the most recent pitcher to reach perfection. The 10-year anniversary of the 21st perfect game in MLB history is Monday.

Soon after Mateo’s double, Rasmussen’s shutout evaporated, with Mateo scoring on a wild pitch. Rays manager Kevin Cash walked to the mound to replace a pitcher that had flirted with perfection and — as so frequently is the case — came up just shy.

Rasmussen finished his day with one run against him through 8 1/3 innings, allowing one hit and no walks while striking out seven batters on 87 pitches.

In his last outing, Rasmussen was held to just three innings, part of a workload management system for a 27-year-old pitcher who has already undergone two Tommy John surgeries in his career.

Rasmussen’s incredible efficiency allowed him to work this deep into the game. Before Sunday, his longest outing all year was seven innings. He threw as many as 97 pitches once, but that has not been a frequent pitch count for him.

The Orioles managed just two batted balls that left their bats at over 100 mph, and 12 of their first 18 outs came on at-bats of three pitches or fewer. The longest at-bat against Rasmussen came in the eighth inning when second baseman Rougned Odor worked an eight-pitch strikeout.

The implications Sunday — beyond the historical — also involved the postseason race. With the loss, the Orioles fell 1 1/2 games behind the Rays, further from that final American League wild-card spot. And Baltimore also lost the season series against Tampa Bay, which has implications of its own — should the teams tie in the standings, the tiebreaker goes to the Rays.

The Rays nearly completed history through Rasmussen. Instead, they’ll have to settle for a series win and a leg up in the wild-card hunt.

Jose Siri didn’t move his feet. The Rays outfielder, standing near third base, only raised his arms as he turned his head to watch the blast off Randy Arozarena’s bat leave the yard in a hurry.

Right-hander Jordan Lyles, on the other hand, didn’t waste his time to see where Arozarena’s ball landed some 400 feet away. He shook his head, paced around the mound and quickly asked for a new ball to continue one of his best outings this year — besides that one swing from Arozarena, a batter who had gone deep already this series against the Orioles and once more against Lyles earlier this year.

Barring that long ball, which came off a low, inside sinker that Arozarena dug out, Lyles notched a season-high nine strikeouts. He forced 14 whiffs, according to Statcast. And Lyles almost got out of that third inning unscathed, after a single and double left two runners in scoring position with no outs.

Lyles worked a strikeout and popout, but instead of walking Arozarena with a base empty, he went after him. It didn’t work, and as his pitch count rose to 87 in the fifth inning, Hyde replaced Lyles after 4 1/3 frames. And after inheriting two runners, right-hander Joey Krehbiel allowed one to score.

>> First baseman Ryan Mountcastle isn’t expected to need a stint on the injured list after he was hit on the side of his left hand, although he’s considered day-to-day with the injury. Mountcastle tested his swing and throwing prior to Sunday’s game but wasn’t able to play. Without him, Tyler Nevin played first base, and utilityman Terrin Vavra practiced grounders there pregame.

>> During an appearance on MLB Network Radio on SiriusXM, executive vice president and general manager Mike Elias acknowledged shortstop Gunnar Henderson is “on the radar screen” over the final month and a half of the season. Henderson, the No. 1 prospect in the country, per Baseball America, has a .959 OPS in the minors this season entering Sunday.