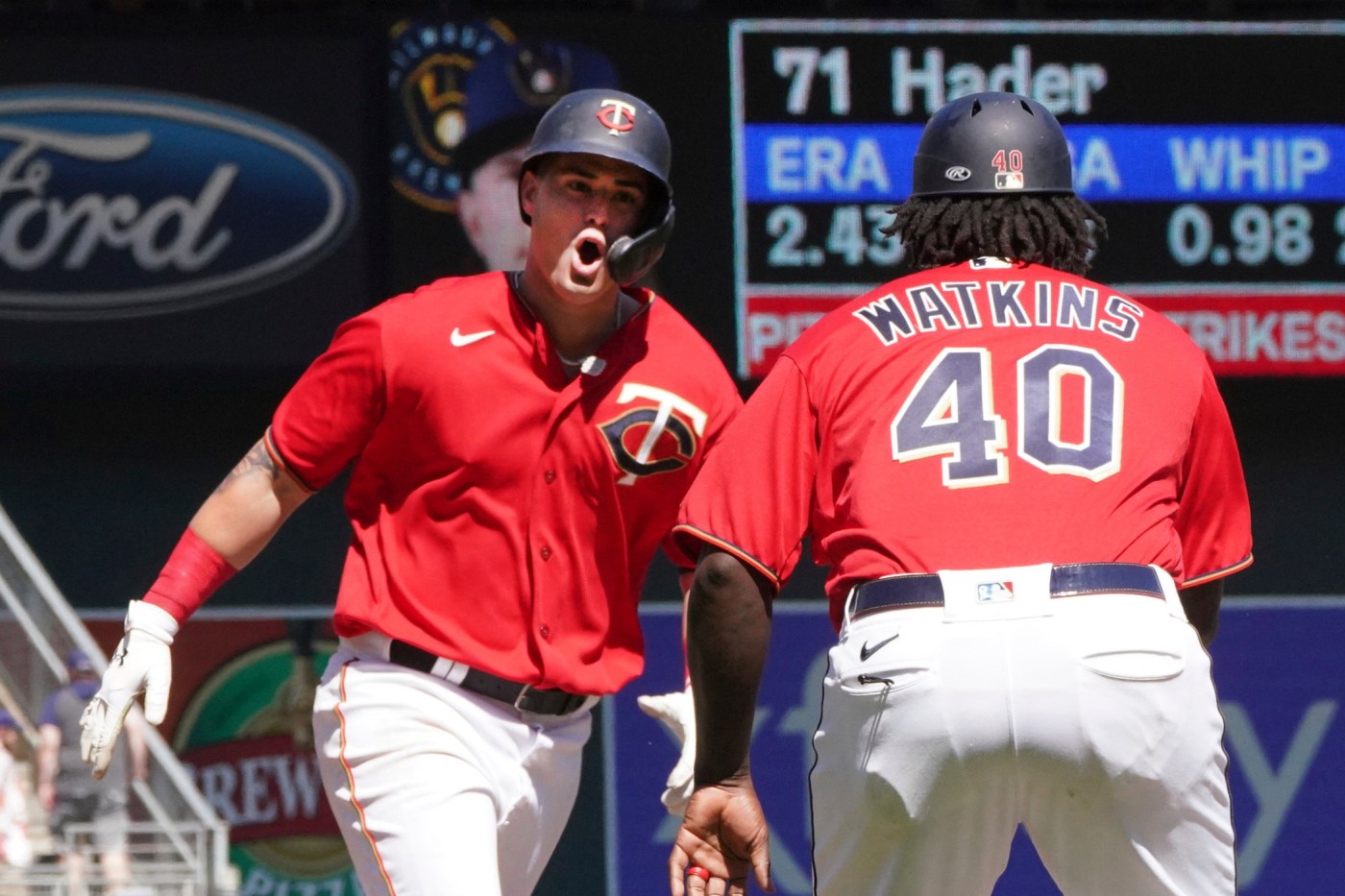 The first sellout crowd at Target Field this season saw one of the Twins’ best games of the season on Wednesday. About half of them went home happy.

Bolstered by Milwaukee Brewers fans making the drive across the river for this two-game interleague series, the Twins drew 38,802 to the park and treated them to a pitchers duel that ended with a bang when Jose Miranda hit a three-run home run off major league saves leader Josh Hader in the ninth for a 4-1 win.

It was the rookie’s second walk-off hit this season, following his game-winning single in a 4-3 victory over Baltimore on July 2.

Jorge Polanco started the ninth by drawing a walk off Milwaukee’s star left-hander; Hader leads the majors with 27 saves. But Max Kepler followed with a single to right to put runners on first and second, and Miranda took a 1-0 pitch into the second deck in left field.

The crowd, the largest at Target Field this season, saw the two division leaders split a two-game series. The teams meet again July 26-27 at Miller Park.

Twins starter Joe Ryan gave up just one run on two hits and two walks in 5⅓ innings but Minnesota’s offense was stuck for most of the afternoon.

Gilberto Celestino gave the Twins a brief lead with a two-out single to right field that scored Ryan Jeffers to make it 1-0 with runners at first and third but that was all the Twins could muster until the ninth.

The Brewers tied the game 1-1 when Jace Peterson started the third inning with a leadoff home run off of Ryan, the right-hander’s only mistake. Victor Caratini singled to center and was sacrificed to second by Jonathan Davis, but Ryan got Kolten Wong to pop to short and Willy Adames on a combacker.

In the eighth, the Twins put runners on second and third with one out against right-hander Brad Boxberger, who walked leadoff hitter Carlos Correa and gave up a pinch-hit double to Max Kepler. But with the infield drawn in, Jose Miranda popped out to short and Ryan Jeffers grounded into a force at second on the first pitch he saw to end the threat.