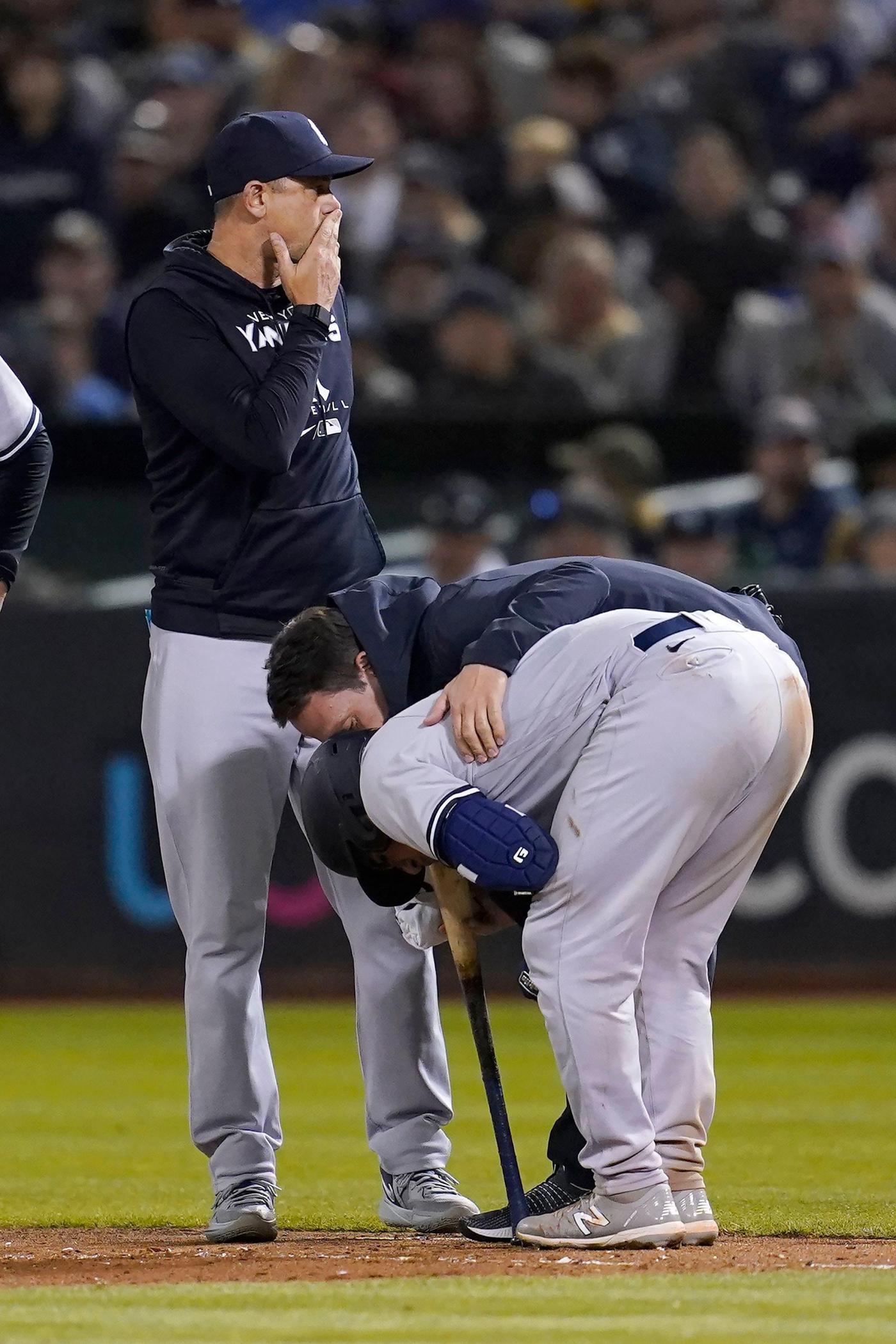 OAKLAND — Jose Trevino left Friday night’s game after being hit on the right big toe with a pitch. The Yankees catcher had X-Rays at the ballpark and they showed no damage to the bone, but he was “pretty beat up,” according to manager Aaron Boone.

“We’ve just got X-rays — negative — so that obviously a big exhale. So hopefully it’s just something that we can deal with,” Boone said after the Yankees’ 3-2 win over the A’s at the Coliseum. “We’ll see how it is tomorrow and stuff. Obviously, you fear the worst when you see it. But good news on the X-ray.”

Trevino has become the Yankees’ main catcher. He leads the majors in framing pitches and has hit .270 for the Bombers this season. In his eighth-inning at-bat, Trevino got hit on the top of his right foot and was in obvious pain. He stayed in the game and caught the bottom of the inning, but Boone was concerned about him.

“I popped out right away because  I didn’t feel it was good. He was hurt right away. And then you know, he got through the inning catching, but he was pretty beat up so I didn’t want to push,” Boone said. “So we’ll just see what we have moving forward.”

In the ninth inning, Lou Trivino took off his sweatshirt and got on the mound — causing a stir. The right-hander was wearing a No. 50 jersey, which belongs to Jameson Taillon.

“I don’t know what happened, I could have gone into his locker and grabbed it, I don’t know,” Trivino said with a laugh. Trivino and Taillon had lockers next to each other in the visiting clubhouse.

Trivino didn’t notice until he took off the sweatshirt and someone in the bullpen mentioned it to him. A bat boy raced into the Yankees clubhouse, found the correct jersey and ran it out to the bullpen.

“I don’t know if he grabbed it out of the wrong [locker], I don’t know. He’s just the wrong jersey on. I just saw the bat boy running out the right jersey,” Boone said. “So, yeah, that was a first.”

Trivino said he likely would have been disqualified if he had tried to come into the game with the wrong jersey.

Trivino joked that the A’s were trying to make him look bad in his first trip back after being traded to the Yankees earlier this month. Trivino was clearly well-liked here. He was greeted very warmly by former teammates, coaches and by stadium security guards and workers on Thursday.