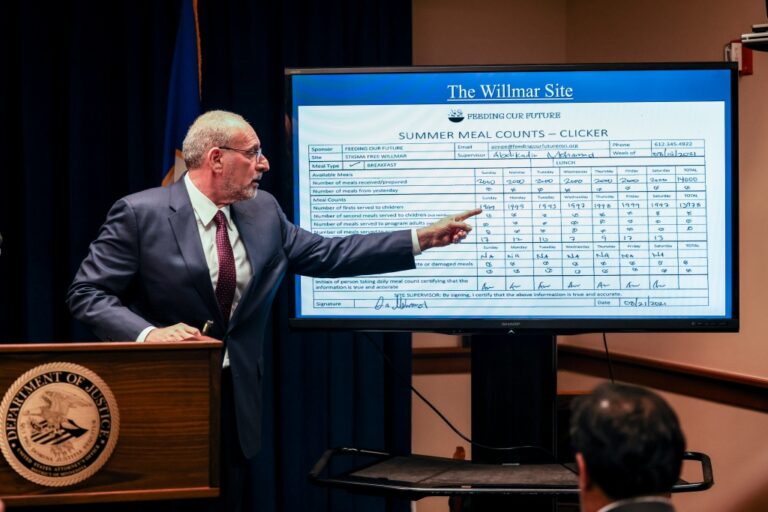 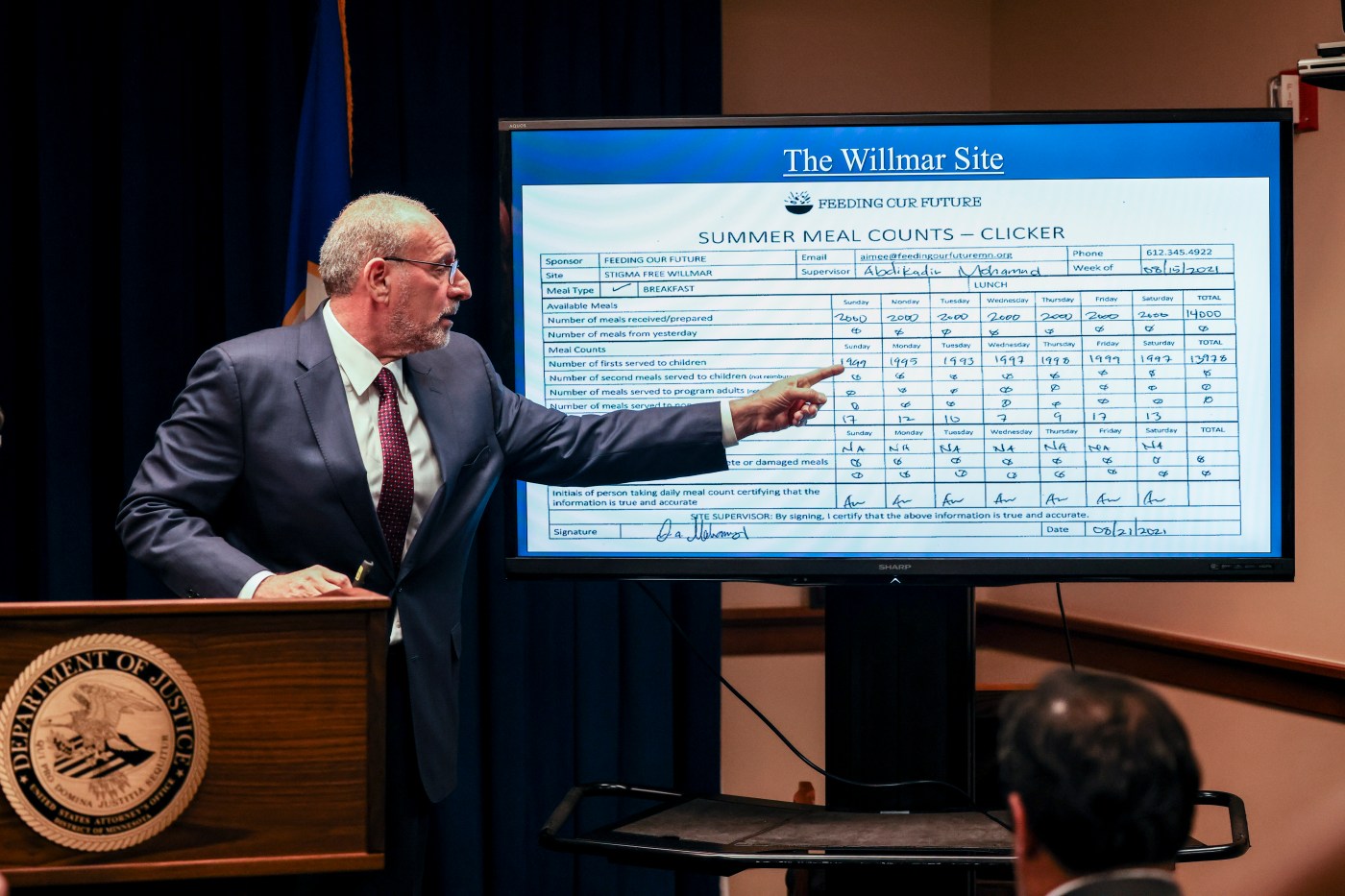 The Ramsey County judge being scrutinized for his role in the explosive growth of Feeding Our Future never ordered state regulators to keep paying the nonprofit’s allegedly fraudulent meal claims, but he did warn they’d have a “big problem” if they stopped.

In the wake of the indictments in the alleged $250 million food-for-kids scandal, Gov. Tim Walz last week turned the spotlight onto Ramsey County District Court Judge John Guthmann and suggested his decisions in Feeding Our Future’s 2020 lawsuit against the Minnesota Department of Education should be “investigated.”

The judge on Friday responded, calling the governor’s criticism “false.”

As Walz told it, even though the education department suspected Feeding Our Future and the sponsor’s food-serving clients of fraud, Guthmann ordered the department to keep making tens of millions of dollars in food reimbursements.

Guthmann says he “never issued” such an order and that the department “voluntarily resumed payments.”

A review of the court record shows Guthmann is correct that he did not order the department to pay Feeding Our Future. However, a nearly three-hour hearing in April 2021 seems to have left state officials with the impression that they had no choice but to keep paying.

“Feeding Our Future demanded that MDE make payments, and the court made it clear that if MDE were to continue the legal fight to withhold payments, MDE would incur sanctions and legal penalties,” the education department said Friday.

Guthmann said through a spokesman Monday that the department’s interpretation was inaccurate, emphasizing that he had no jurisdiction over payments.

Six months before that hearing, while the education department was consulting with the U.S. Department of Agriculture about an implausibly large increase in reimbursement claims, Feeding Our Future sued the department for taking too long to approve 51 applications for new sites to feed children during the coronavirus pandemic.

Guthmann never had to rule on that request because the two parties reached an agreement in which the department promised to approve or reject the applications “in a reasonably prompt manner” and to provide any technical assistance necessary to get them approved.

But in January 2021, the department informed Feeding Our Future that it was “seriously deficient” as a food program sponsor because it lacked tax-exempt status — that turned out to have been a mistake — and because it did not properly file a financial audit.

On March 31, 2021, the department issued a second deficiency notice related to the audit and other concerns, including reports that suggested the nonprofit’s clients weren’t actually serving the meals for which they were getting paid.

That letter informed the nonprofit that the department would stop reimbursements until it could validate the claims.

Feeding Our Future complained to the judge that the department had broken its promise, and Guthmann called an April 21, 2021, hearing.

According to a transcript of the hearing, the department at the time was holding up $20.5 million in reimbursement requests from Feeding Our Future.

“My people are going bankrupt. The kids are going without food,” Feeding Our Future attorney Rhyddid Watkins said.

MDE told the judge it was prohibited from paying on invalid claims and had put conditions in place for the nonprofit to come back into compliance.

Guthmann acknowledged that the lawsuit concerned the timely approval of site applications and that he had no jurisdiction over payments. Still, he said throughout the hearing that, by his reading of federal regulations, the department’s decision to stop payments was premature and that it must give Feeding Our Future time to submit documentation that would demonstrate compliance.

“The regulation doesn’t allow you to withhold payment while you’re seeking that information,” the judge said. “ … You stopped payment first and then asked your questions.”

At one point, Kristine Nogosek with the Attorney General’s Office explained to the judge: “MDE’s argument is that by imposing the additional conditions, that the deficiency can be remedied so that MDE does not have to suspend payments during the whole corrective action, serious deficiency process.”

Guthmann responded: “Well, suspending payments is not a condition. It’s an action. So it just is inconsistent with the plain language of the regulation. And in the absence of a different regulation that you’re relying on, you’ve got a big problem.”

Some have criticized the department for resuming payments after that hearing rather than continuing to fight it. Attorney General Keith Ellison said Monday they had good reason:

“MDE and the Attorney General’s Office did not pursue the stop-pay through legal channels because to do so would have risked having to disclose to Feeding Our Future MDE’s report of suspected fraud to the FBI and the subsequent federal criminal investigation,” he said.

The education department noted Friday that besides urging officials to resume payments, Guthmann also held the department in contempt for not processing site applications.

The judge hinted at the prospect of sanctions during the April 2021 hearing and imposed them in June 2021. For violating the December agreement to quickly process site applications, he ordered the state to pay the nonprofit $35,750 in sanctions, plus $11,750 for attorneys fees.

“MDE cannot divide the application process into pieces and take as long as it wishes at every stage of the process except the last,” the judge wrote. “In the context of a finite school year and an even shorter summer season, such a practice can only be viewed as a clear violation of both this Court’s order and applicable federal regulations.”

Guthmann added: “Only through a strong statement by the Court, accompanied by a meaningful financial consequence, can the Court ensure that the MDE will follow its orders.”