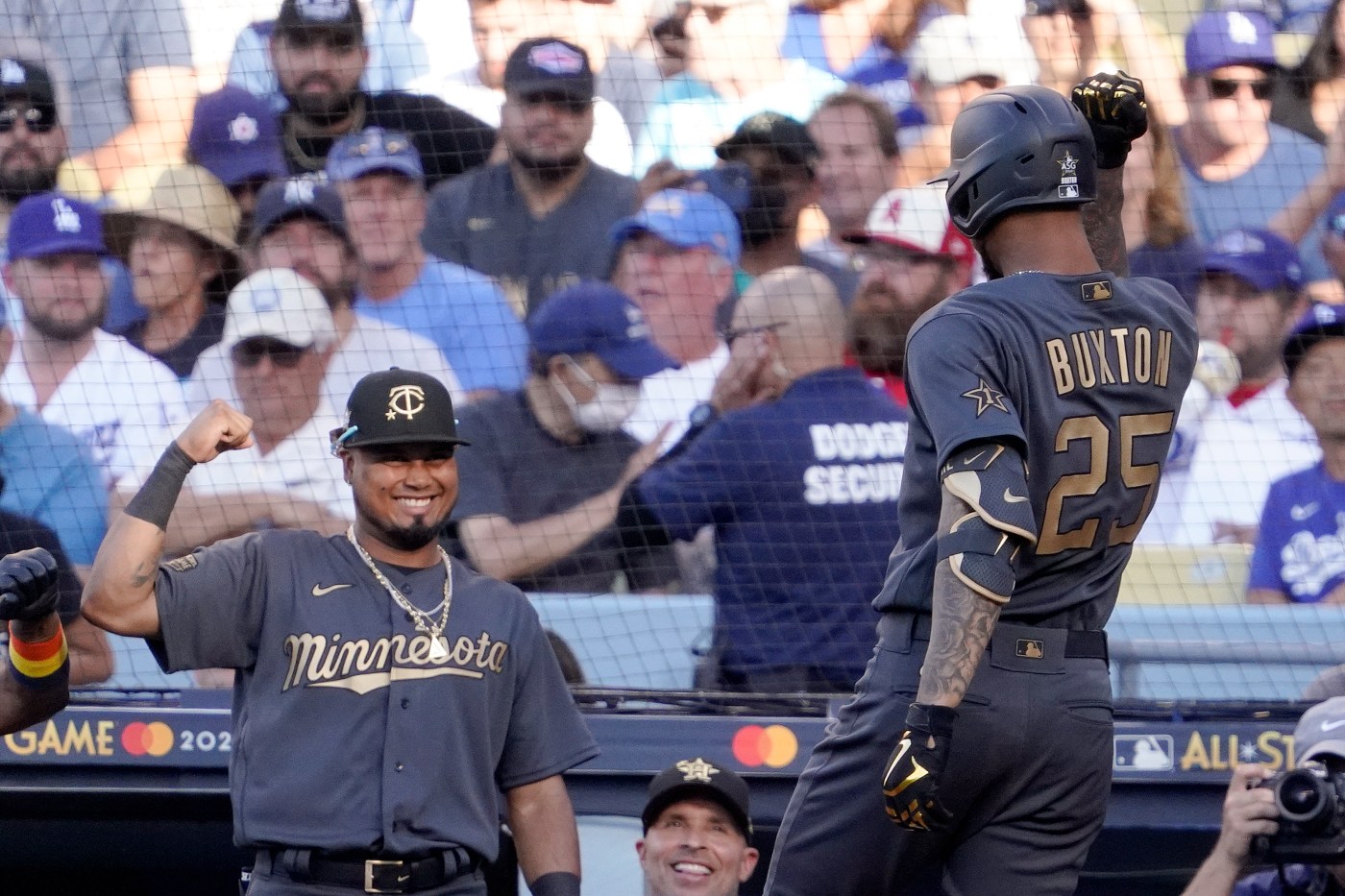 In the few moments of quiet before his wife, Lindsey, and their young sons, Brixton and Blaze, wake, before family time and baseball obligations take over, Byron Buxton has developed a new routine. The Twins’ center fielder makes himself a cup of coffee, sits down and pulls out his phone, tapping the bright green app with the owl icon.

That app, Duolingo, is designed to help its users learn a new language. And in the midst of the lockout, Buxton decided, after years of wanting to do it, to finally commit to learning Spanish. He was bored and had free time. Initially, he said, he picked it up to be able to communicate better with his teammates, but as he got deeper into his lessons, he got more interested and invested in learning.

“When they come over here, we kind of expect them to understand English,” he said of his Spanish-speaking teammates. “But I feel like it’d be easier on them as well if you could try to speak their language. … It’s kind of more that communication factor.”

It’s been more than 200 days since he started in early January, and Buxton has completed at least one lesson each day on the app, putting together an impressive streak. Typically, he said, he dedicates about 15 minutes a day to learning Spanish.

Getting his streak to this point hasn’t been easy. He almost lost it “plenty of times.” The closest call came just recently, when the Twins flew home from San Diego on July 31. Because of the time change when the team traveled east, Buxton lost two hours of his day and was just minutes away from ending his streak when his phone buzzed. It was 11:55 p.m. and it was a notification from Duolingo, reminding him to get in a quick lesson.

When Buxton dove into learning Spanish this offseason, he had some background in the language, having taken it as a high school student in Georgia and spending a decade in clubhouses with Spanish-speaking teammates. He got to Checkpoint 1 on Duolingo within two or three days of starting, breezing through lessons on topics like travel, family and shopping.

Then, it got more difficult.

“(I) got to Checkpoint 2 and was like, ‘Alright, it ain’t basic anymore,’ ” Buxton said. “It was kind of one of those where now the more I do it, which is every day, it kind of sticks to me. Kind of makes me do it every day.”

The challenges within the app serve as a motivating factor, and just a few days into August, he proudly announced that he was nearly halfway done with the quest for the month.

He recently completed a lesson on greetings, where he learned phrases like “How are you doing this morning?”

It helps that he is constantly surrounded by the language and has plenty of people he can practice with, if he chooses.

Within the Twins clubhouse, Buxton typically tests out his new skills with infielder Luis Arraez, who encourages and helps facilitate his learning by slowing down his speech when he is talking to him in Spanish and by teaching him some new vocabulary words. Buxton’s improvement, Arraez said, has been noticeable.

“A lot of Latin people come to the big leagues and they’re scared to speak English because English is not easy,” Arraez said. “Like me, I was scared to speak English when I signed, when I got to Fort Myers my first year in the United States. I felt scared like if you do something bad, if you say something bad. It’s hard but he’s doing a really good job with Spanish. I like when those guys want to learn Spanish.”

The effort isn’t lost on his teammates. Arraez said it meant a lot to him to see Buxton put in the work, and while Buxton hasn’t spoken much Spanish around shortstop Carlos Correa yet, Correa said Buxton’s desire to learn Spanish “speaks volumes about his leadership.”

“He wants to be a true leader of this team and you’ve got to communicate with both, Americans and Latin Americans. I think that’s great,” Correa said. “… He’s a special player, but a special person. It takes a great human being to do that. He doesn’t have to do that. He’s going out of his way to do that.”

At this point, Buxton said, his Spanish as “doable.” The outfielder said he can speak the language “a little bit better,” and he’s seen an even greater jump in his comprehension, which he said is much better than it had been previously, an assessment that Arraez agreed with.

It’ll only get better from here, as he has no plans of stopping.

“To be able to communicate with my teammates was the goal, but the more I do it, it’s kind of more to be fluent,” Buxton said. “It’s one of those (things) where to know a second language, it’d be cool.”