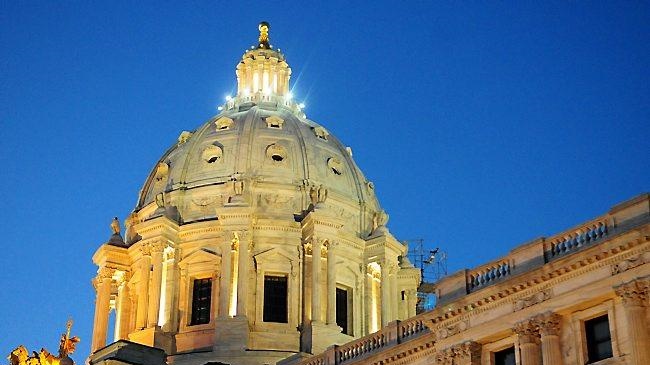 From rookie politicians vying for open seats to duels between incumbents, candidates for the Minnesota Legislature squared off in primary elections Tuesday.

A number of east metro House and Senate seats featured primaries that will set the stage for the general election in November.

By 9:45 p.m., one longtime Dakota County incumbent had fallen.

Winners advance to the Nov. 8 general election, when every seat in the Legislature will be on the ballot as the result of a once-a-decade reshaping of political boundaries following the census.

Reyer handily ousted Masin by a margin of 61 percent to 19 percent, with all precincts reporting.

The two longtime DFL allies were pitted against each other after Reyer moved back into the western Eagan-northeast Burnsville district where she had lived for 25 years rather than run against a different DFL House member. Masin had already announced she was running for an eighth term.

The primary covering Apple Valley and Rosemount gained attention in May when, during the party’s endorsing convention, Maye Quade went into active labor, prompting her to withdraw and go to the hospital.

Lee, a first-time candidate, won the DFL endorsement in her bid to oust Thompson, a controversial lawmaker who was expelled from the DFL House caucus by his peers last year after police reports surfaced in which women accused Thompson of violence in several jurisdictions before he was elected. He has never been convicted of domestic abuse, and he denied the abuse allegations.

The winner will face Republican Beverly Peterson in November in the heavily Democratic district representing the East Side.

As of 9:30 p.m., Pérez-Hedges had jumped out to a strong lead with four of 12 precincts reporting.

Two women, both community activists and first-time candidates, are competing for the seat being vacated by Rep. Carlos Mariani of St. Paul, who held the office for more than 30 years. The district covers the city’s West Side and a portion of West St. Paul.

Perez-Hedges is an international recording artist who won the party’s endorsement; Botz is a professional photographer. Botz said she “supports legal protection for the unborn and their mothers”  — the major policy difference between her and Pérez-Hedges, an abortion rights advocate.

The winner will face Republican Kevin Fjelsted in November in the heavily Democratic district.

Finke, who has a background in documentary filmmaking, stood the chance to make history by potentially becoming the first trans woman to serve in the Legislature. Thomas, who had run for Falcon Heights mayor and served on the park board, casts his 10 years of service in the U.S. Army as part of a campaign narrative of public service.

The heavily Democratic district includes the St. Paul neighborhoods of St. Anthony Park, Como and Hamline-Midway; all of Falcon Heights; portions of Roseville south of Minnesota 36 and all of Lauderdale. Much of the area has been represented by Rep. Alice Hausman, DFL-Falcon Heights, who is retiring after 17 terms in the House.

The winner will face Republican Trace Johnson in November.

By 9:30 p.m., Pappas had emerged with a strong lead, with Freeberg in second place, with five of 24 precincts reporting.

Pappas, a 38-year incumbent, campaigned on her tenure serving the heavily Democratic district. Freeberg, a union organizer, contended the senator has lost touch with working families in her district. Ellis serves on the St. Paul School Board.

The district represents the heart of St. Paul, stretching south from downtown through the West Side and part of West St. Paul and west through Frogtown, Summit-University and parts of the West Seventh Street, Midway and North End neighborhoods.

As of 9:30 p.m., Xiong was leading, with Livingston in second, with seven of 27 precincts reporting.

The district includes parts or all of Maplewood, Little Canada, Oakdale, North St. Paul, Landfall and Pine Springs. For the past 25 years, much of the area has been represented by Sen. Chuck Wiger, D-Maplewood, who isn’t seeking re-election.

The three-way race for an open seat features Xiong, who represents part of the area in the House; Livingston, Wiger’s legislative assistant; and Lienemann, an attorney specializing in employment discrimination who has advocated for legislation previously.

As of 9:30 p.m., Bishofsky had a solid lead with nine of 13 precincts reporting.

The spirited primary race for an open seat features two conservatives with different origin stories. Bishofsky, who won the party endorsement, quit his career as a respiratory therapist “as an act of non-compliance and protest” rather than be subject to a COVID-19 vaccine mandate. Riehle, who serves on the Stillwater school board and drew support from a number of Republican leaders, said she grew  frustrated over what she felt was a pattern of state policy stifling parents’ ability to have control over how their children are educated.

The district encompasses all or parts of Stillwater, Stillwater Township, Forest Lake, Marine on St. Croix, Scandia, Oak Park Heights, May Township and Bayport. Residents of much of the area are currently represented by Sen. Shelly Christensen, DFL-Stillwater, who is not seeking re-election.

Jurgens, a three term center-right House member, challenged Dippel, a hard-line conservative who won the party’s endorsement. Jurgens, an insurance agent, prides himself in working across the aisle, while Dippel, who owns a dental manufacturing business, has allied himself with the New House Republican Caucus, a splinter group of a handful of conservatives who often accuse Republican leaders of being too moderate.

The district is a long, narrow, north-south constituency extending along the St. Croix River from west of Stillwater to Hastings. Both men are from Cottage Grove.

The winner faces Democrat Judy Seeberger, a teacher and paramedic, in November.

McLean, the DFL endorsed candidate, ran a campaign as if she were already in the general election, while Baber, a political newcomer, tried to gain traction as a pragmatist in the district, which is represented by a veteran Republican.

The district includes parts or all of the communities of Stillwater, Hugo, Dellwood, Oak Park Heights, Bayport, Mahtomedi, Forest Lake, Scandia, Marine on St. Croix, and May Township.

Much of the district is currently represented by three-term Sen. Karin Housley, R-Stillwater, who will appear on the November ballot against Tuesday’s winner.