Lizzo Reacts to Her First Emmy Nominations: "We'll Be There With Bells On!" 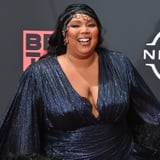 Lizzo’s year of success is in full swing. In addition to announcing her new album, “Special,” and becoming a TikTok dance sensation, the “About Damn Time” singer can officially add Emmy nominee to her list of accolades. On July 12, the Television Academy announced that “Watch Out For the Big Grrrls,” Lizzo’s dance competition on Amazon Prime, is nominated for six Emmy Awards, including best competition alongside shows like “Nailed It!” and “RuPaul’s Drag Race.” The show, which premiered on March 25, follows Lizzo as she trains and counsels a group of aspiring backup dancers, initiating . . .