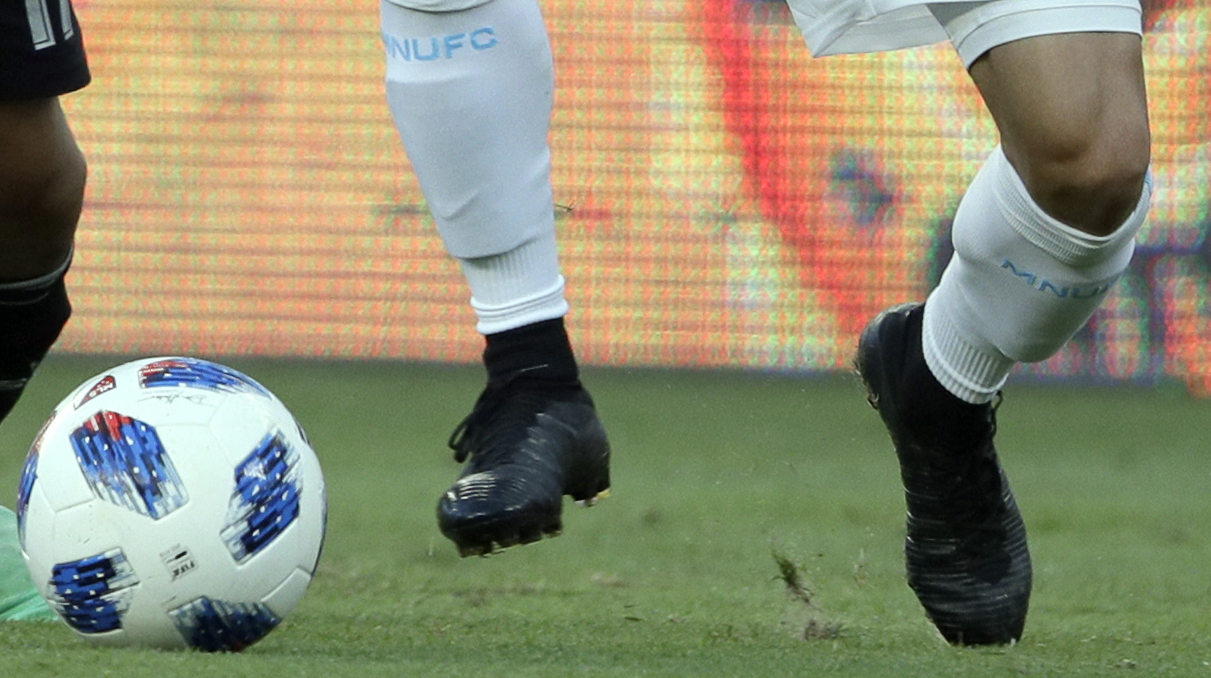 After a self-proclaimed five minutes of madness in a 3-0 loss to FC Dallas two weeks ago, Minnesota United had 15 minutes of meltdown in a 4-1 loss to Sporting Kansas City on Saturday.

It keeps the Loons’ playoff outlook melancholy. Minnesota (13-13-6) has lost four of the last five games and is winless in six regular-season games in Kansas.

From the 31st minute to the 45th in the first half, the Loons allowed three goals. Johnny Russell’s shot went to Dayne St. Clair, but the Loons goalkeeper couldn’t catch it. The ball bounced off Michael Boxall for an own goal. Boxall was also victim to an own goal in the Dallas defeat.

After a Russell shot hit the post in the 41st minute, K.C. won the ball back, and Erik Thommy got Wil Trapp to commit one way and then went around him for a goal from distance.

Then just before halftime, William Agada barely beat Brent Kallman and St. Clair to a header for a 3-0 lead.

“Completely gave all the initiative to them,” manager Adrian Heath said. “Second half, a few choice words at halftime, and people get out of their own comfort zone, get the opposition out of theirs and then you can actually make a game of it and you actually look like you can play football. The first half was awful.”

Loons forward Mender Garcia scored his first MLS goal in the 57th minute. He picked off a half volley from a cross from Kemar Lawrence; it gave MNUFC some hope.

But it was dashed when Agada added his second goal in the 81st minute to make it 4-1. Kervin Arriaga’s turnover caught the rest of the Loons’ defense flatfooted and SKC pounced.

A simple thing such as clearing lines has proven to be a mighty challenge for this team at times.

The Loons had a “lack of energy,” Heath shared. That’s an indictment given the Loons precarious hold onto fifth place in the Western Conference as of 10:15 p.m. Saturday. Heath didn’t have an answer as to why.

“If I would have knew, I obviously would have done something about it,” Heath said. “We got a few players who are not playing particularly well at this moment in time.”

The Loons are also hobbling, with two defenders exiting to apparent injuries Saturday. Kallman’s foot needed medical attention in the second half and he left in the 81st minute. Lawrence, who has had a balky knee for weeks, departed at the same time.

The Loons were without star midfielder Emanuel Reynoso, suspended due to yellow-card accumulation. Minnesota has had 11 players suspended for cards this season, and it has one win and seven defeats in those games.

Minnesota was also without Robin Lod, who was out with a calf injury suffered in the 1-1 draw with Los Angeles FC on Tuesday.

While four players are headed to international duty, Minnesota is off from MLS play next weekend before two crucial games: at San Jose on Oct. 1 and versus Vancouver on Oct. 9 at Allianz Field.

Maybe their energy will match the moment.

MNUFC backup goalkeeper Tyler Miller was back in Minnesota on Saturday to be with his pregnant wife.