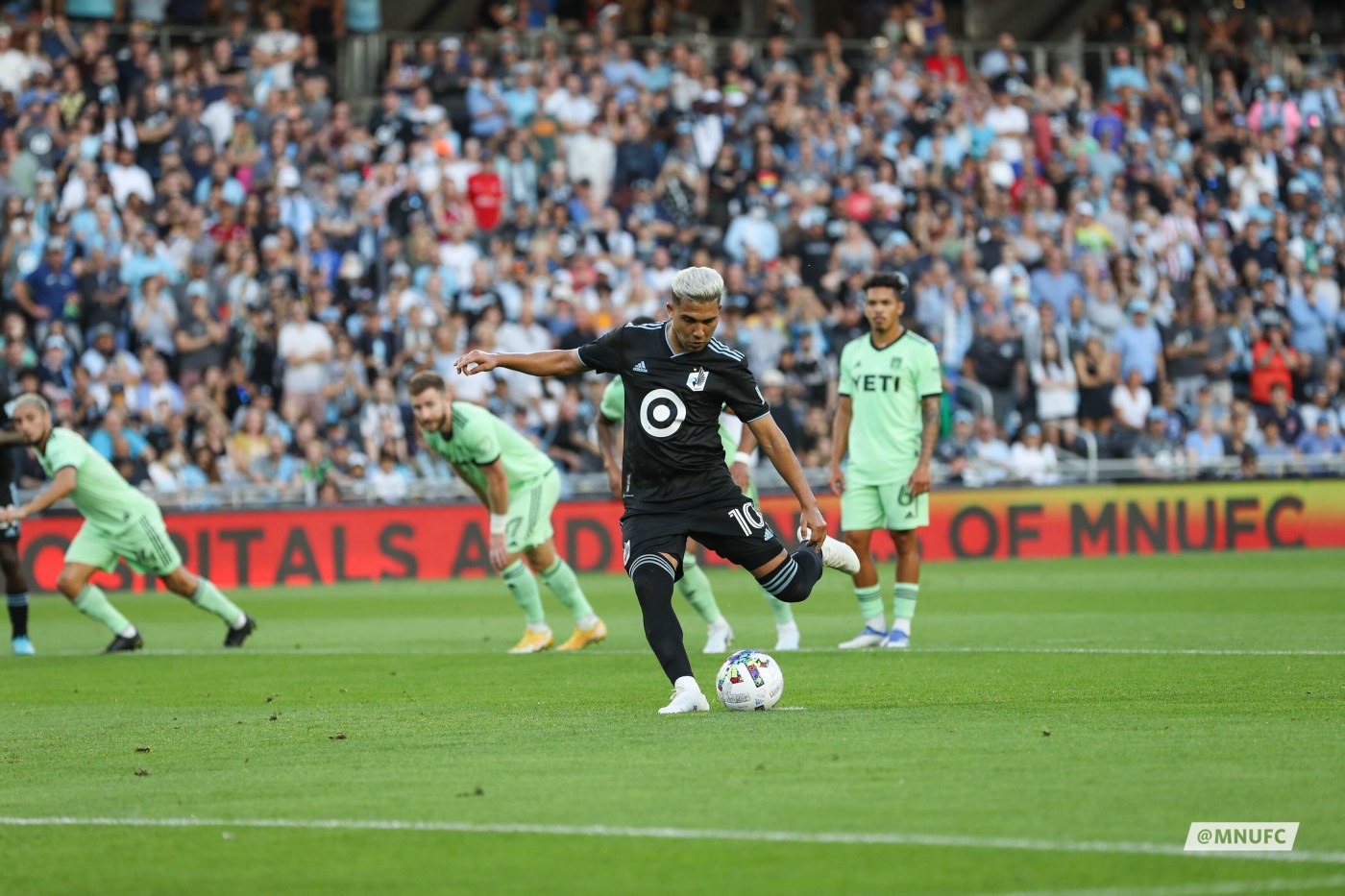 The similarities between Minnesota United and Austin FC this season carried over to the first half of Saturday night’s match at Allianz Field.

Two of the hottest teams in the Western Conference exchanged penalty-kick goals, one each from the club’s Argentine MLS All-Stars — Emanuel Reynoso and Sebastian Driussi for a 1-1 tie.

The Loons set themselves apart in the second half, with Franco Fragapane’s goal providing the difference in a 2-1 win. Given Minnesota holding the fourth spot in the Western Conference and Austin remaining second, Saturday might be prequel to a rematch deep in the MLS Cup Playoffs come November.

“Delighted with the three points against a very good team, a very confident team,” Loons manager Adrian Heath said. “I actually thought we were a bit wasteful at times (Saturday). The amount of times that we broke on them and we’ve had really good opportunities and our final ball was a little bit disappointing.”

Reynoso gave the Loons the lead in the 25th minute after he was taken down in the box by former Loons midfielder Ethan Finlay. Reynoso’s shot went to the right and so did goalkeeper Brad Stuver, but the pace and placement was too good.

Seconds before halftime, Loons defender DJ Taylor left his hand up on a sliding tackle and Nick Lima’s cross hit it, causing another PK, and Driussi equalized in the second minute of stoppage time.

With a high press in the 62nd minute, Fragapane picked the pocket of Austin defender Julio Cascante and chipped it past Brad Stuver.

Fragapane was a pest, with Heath commending how Fragapane could have done the “easy thing” and remained wide with the fullback but “realizes the ball is going to go back to the centerback and he’s coming at such a pace that he’s probably caught the defender by surprise.”

Fragapane said the objective was raise the line of confrontation on Austin, and that tactic proved instrumental.

“(Austin) left themselves exposed a lot,” Fragapane said through a Spanish translation. “By luck, I was able to press. I was able to steal the ball and get the goal.”

Fragapane has four goals across the last five games; he exited as new Designated Player Mender Garcia came in for the last 20-plus minutes. Garcia had a breakaway opportunity in the 90th minute but was offside before it got denied by Stuver.

Heath said on BSN at halftime they lost some intensity after Reynoso’s goal, and it gave Austin opportunities. They didn’t have any let down in the second half.

Minnesota had one loss in its previous 10 games (7-1-2), and Austin suffered its second defeat in the last 12 matches (7-2-3). It was the first time the Verde were held without a non-penalty kick goal since May 8.

For years, Heath has been calling for Reynoso to reach double-digits goals scored. His penalty kick reached that round number. He has made three of four PK attempts this season and made the rebound on the one initially saved.

Driussi, who bonded with Reynoso at the All-Star Game two weeks ago, came into the game leading MLS in goals scored and notched his 18th of the season.

Then with Fragapane’s winner, Minnesota has scored two or more goals in six straight MLS games, which ties a club record.

“The team is in a great run of form,” Fragapane said. “We’re doing things well, but it’s not time to relax. We have to keep going, there are more games left before qualifying to the playoffs.”