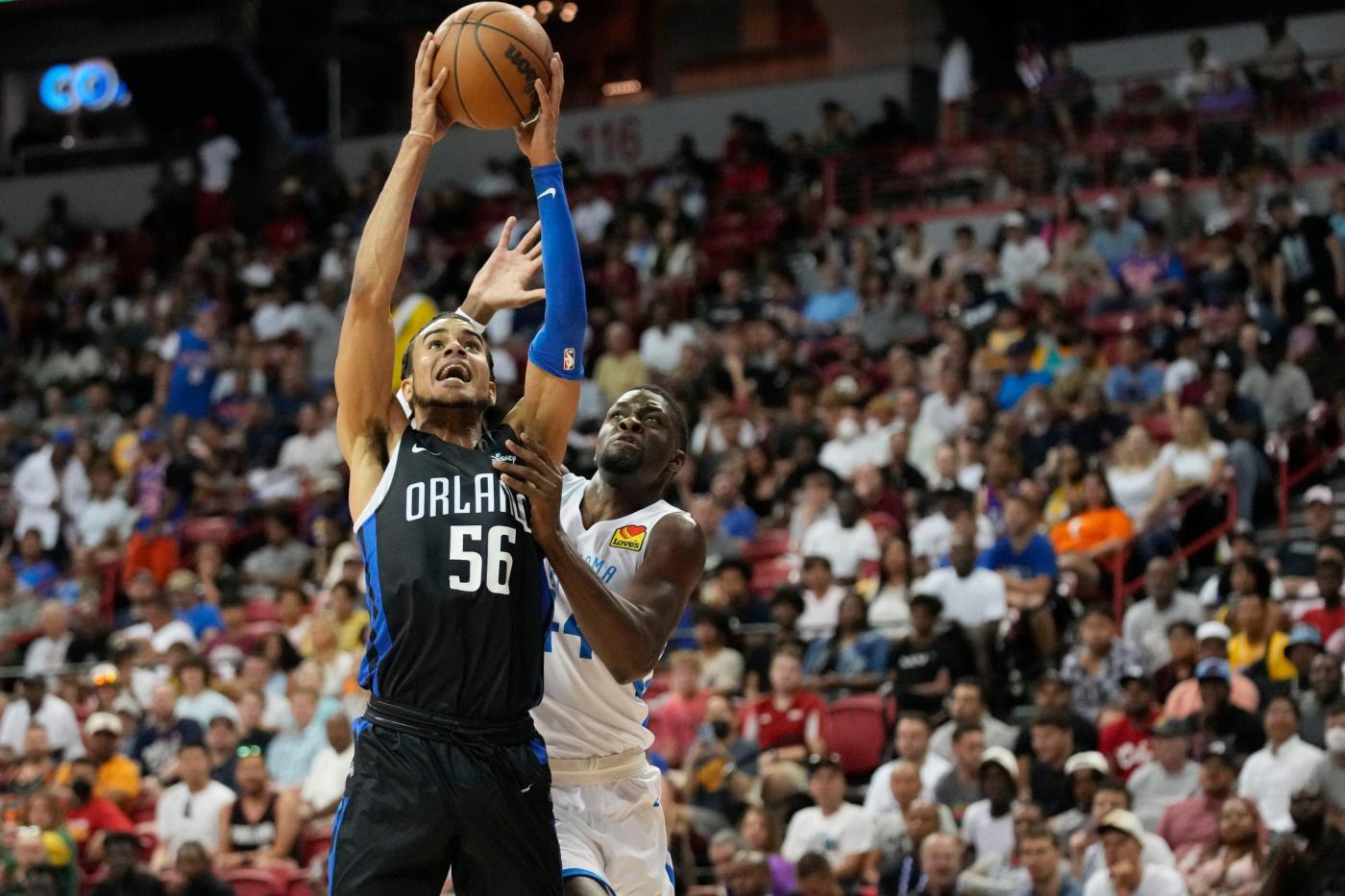 The Orlando Magic sat down No. 1 pick Paolo Banchero for the remainder of summer league play in Las Vegas to give more players on their roster an opportunity starting with Monday’s game against the Oklahoma City Thunder.

The Magic lost to the Thunder 84-81 after missing two 3-point shots to tie and send the game into overtime.

Along with sitting Banchero, the Magic also sat out third-year veteran R.J. Hampton. It’s typical for a more experienced player or a high draft pick to eventually sit out during summer league so others, mostly free agents hoping to get recognized and picked up training camp invites for September, get playing time.

“We brought a lot of guys to summer league and we want to see everybody get an opportunity,” Magic summer league coach Jesse Mermuys said. “It was time to take a look at some other guys. They’ve earned that.”

The players who had the most eyes on them were center Emanuel Terry and forward Justin James. Terry had a game-high 14 rebounds and scored 10 points while James went 6-for-9 on field-goal attempts and scored a team-high 16 points. The pair played for a combined total of 45 minutes.

“We’re getting great heat on the basketball,” Mermuys said. “The physicality has been high level. I’m really proud of the team’s effort defensively.”

The Magic’s next game will be Thursday against the New York Knicks at 7:30 p.m. on NBA TV.

The Magic have 16 players signed to standard contracts which is one more than what’s allowed once the regular season starts. NBA teams can have as many as 20.

This means the players who’ll be showcased to end summer league by Orlando are mostly auditioning for other NBA teams to get training camp invites for September, the G League and overseas possibilities.